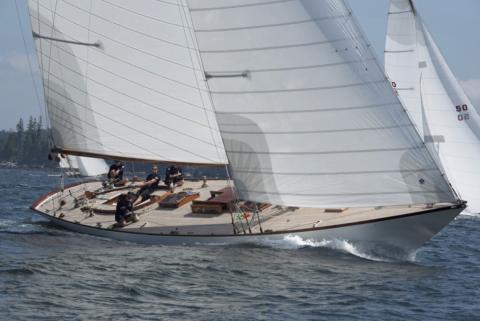 Marilee, a 49’ Herreshoff NY-40 built in 1926 and sailed by Andrew Parente, led the fleet in the nineteenth annual Castine Classic Yacht Race to Camden sponsored by the Castine Yacht Club. The Castine event kicked off three days of classic boat racing, culminating in the Eggemoggin Reach Regatta. 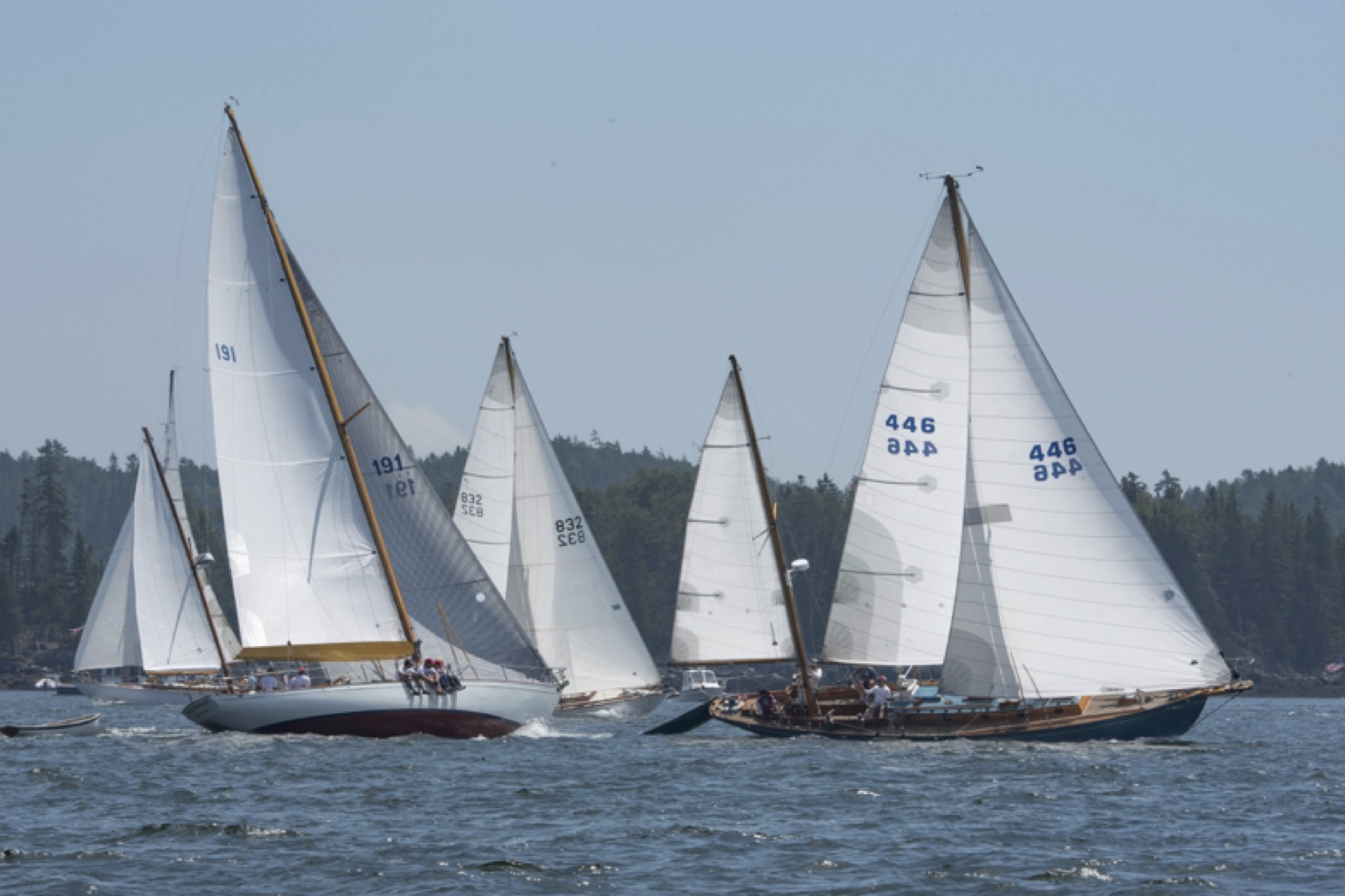 The race was preceded by a a Symposium chaired by famed sailo , author and yachting commentator Gary Jobson, celebrating Maine sailboat builders, including Brooklin Boatyard, Rockport Marine, Lyman-Morse, French & Webb, and Artisan Boatworks. At the conclusion of the Symposium before a large crowd at the Maine Maritime Academy, event Chairman David Bicks commented that “the young, articulate and tech-savvy builders on the panel confirmed the bright future of our world class Maine builders.” As overall winner, the Ames Cup was awarded to Marilee. The Ames Cup honors the memory of Richard Glover Ames and Henry Russell Ames who were lost at sea on June 19, 1935 south of the Grand Banks in an unsuccessful effort to save their father who was washed overboard during the Newport to Bergen, Norway yacht race. The Ames family hailed from Castine. Sonny won the Sparkman & Stephens trophy as S&S yacht with lowest corrected time. The Phalarope trophy, awarded to the top Concordia yacht in memory of Thomas G. Ashton Sr., was won by Otter.

Back Cove Yachts introduces the Back Cove 34O. (Yes “O” is for outboard)