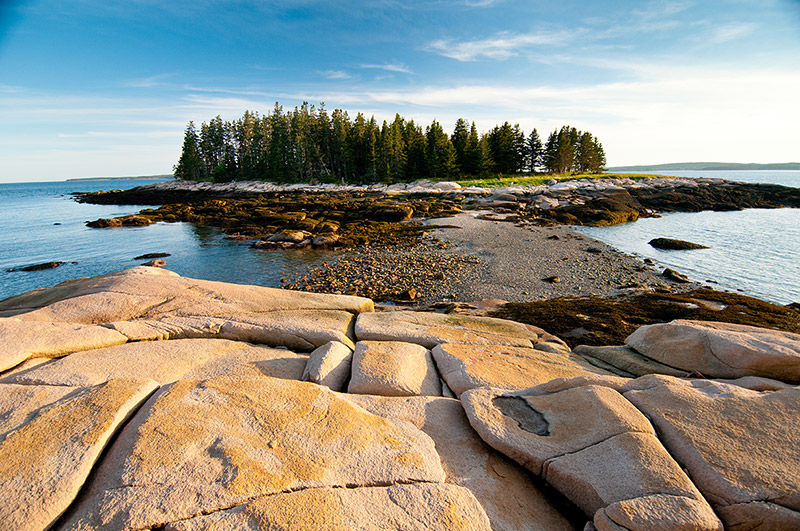 Black Island Preserve - Photo by Bridget Besaw From the deck of a sailboat, Margaret “Peggy” Rockefeller fell deeply and completely in love with the Maine coast. For decades she spent summers with loved ones exploring islands surrounding her Mount Desert Island home, learning the rocky shorelines and quiet green coves, slips of sandbar and scented spruce-fir forests. And, like anyone who has spent a good deal of time on the water, this perspective afforded her a unique relationship and intimacy with Maine’s coastal lands. 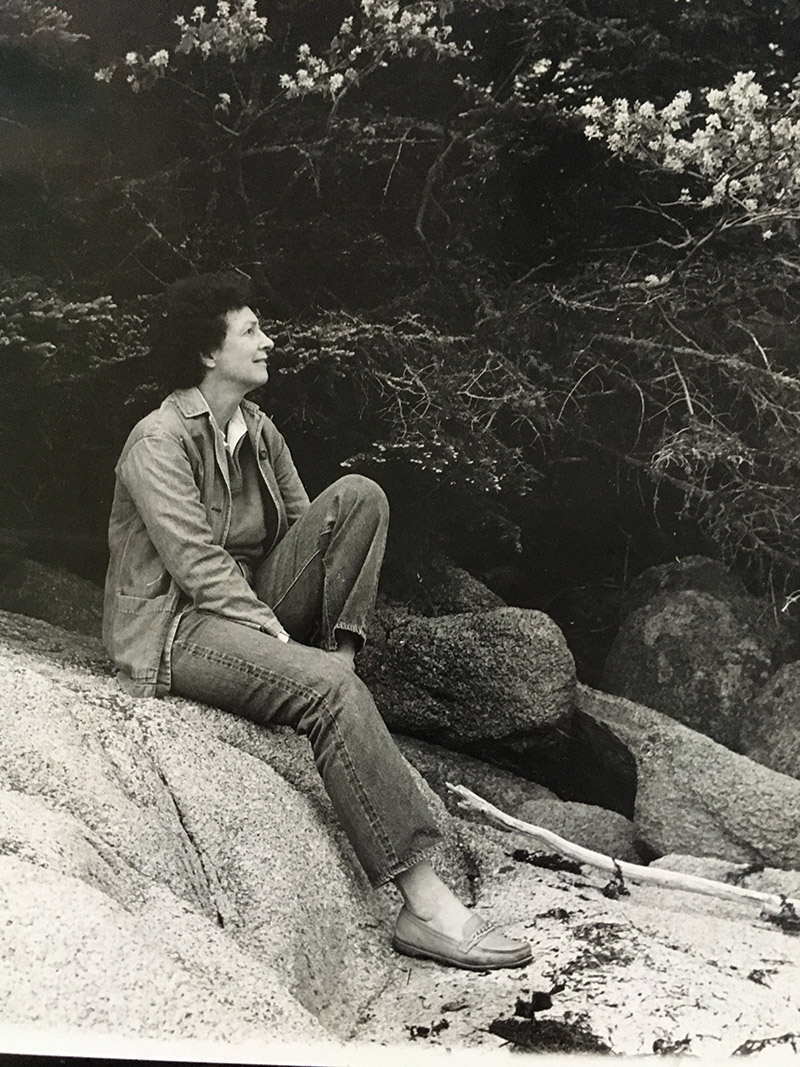 Margaret "Peggy" Rockefeller Over the years she watched as development transformed the shape and character of the land she loved. From miles away, she observed forests being cleared, and new piers and homes dotting the shoreline. She saw “no trespassing” signs go up on islands long visited and enjoyed by locals, and mansions appearing on rocky cliffs once swarming with seabirds. This beloved coast—one of the last vestiges of wild along the eastern seaboard—was irrevocably changing before her eyes.

One evening in the late 1960s, Peggy walked into her friend Mary Rea’s island camp. “Mary, we’ve got to do something,” she said. And so they, along with another dozen or so others, did. In 1970, Peggy Rockefeller and Tom Cabot co-founded the non-profit land conservation Maine Coast Heritage Trust to protect special places and the essential character of the Maine coast forever and for everyone. Simply put, had they not rallied to protect it, the Maine coast might be very different today.

In its first year, MCHT helped conserve 30 islands. By the early 1980s, thanks to a growing community of generous donors, landowners, and volunteers, MCHT had become one of the most significant land trusts in the nation, supporting other fledging Maine land trusts and the nation-wide land conservation movement—work that continues to this day.

Fifty years since its founding, MCHT has helped conserve more than 330 islands; created more than 140 public preserves; and protected more than 150,000 of Maine’s most extraordinary coastal acres—an area more than three times the size of Acadia National Park. In just the past seven years, MCHT had a hand in over half of the new permanently protected coastal access sites added in Maine, a boon for hikers, boaters, and fishermen alike. It’s not by chance that Maine remains a place of pristine beauty, off-the-beaten path experiences, and thriving wildlife—it’s because Peggy and thousands of others have supported efforts to protect it.

That phrase first spoken by Peggy, “We’ve got to do something,” echoes in the organization today. MCHT has embarked on initiatives to mitigate the negative impacts of a changing climate, to create more permanent access to the coast, and to support Maine’s coastal communities. The singular beauty and accessibility of this coast is not inevitable, but rather something that requires ongoing vigilance and generosity. “When I think of Peggy and what she did for the coast, the word ‘love’ comes to mind,” says MCHT President Tim Glidden. “Love of place is a powerful motivator. If all who love this place gave back to protect it, our collective impact would be staggering.”

To mark its 50th anniversary, MCHT published Voices from the Coast, an anthology of writing, artwork, photography, and more celebrating Maine’s coastal lands and islands. Maine Boats, Homes & Harbors readers can get their own copy with a gift of $50 or more to MCHT. For details, go to mcht.org/maine-boats.

This page is sponsored by the Ocean Ledges Fund of the Maine Community Foundation with the goal of supporting education and conservation.