Serendipity: “The phenomenon of finding valuable or pleasant things that are not looked for.” 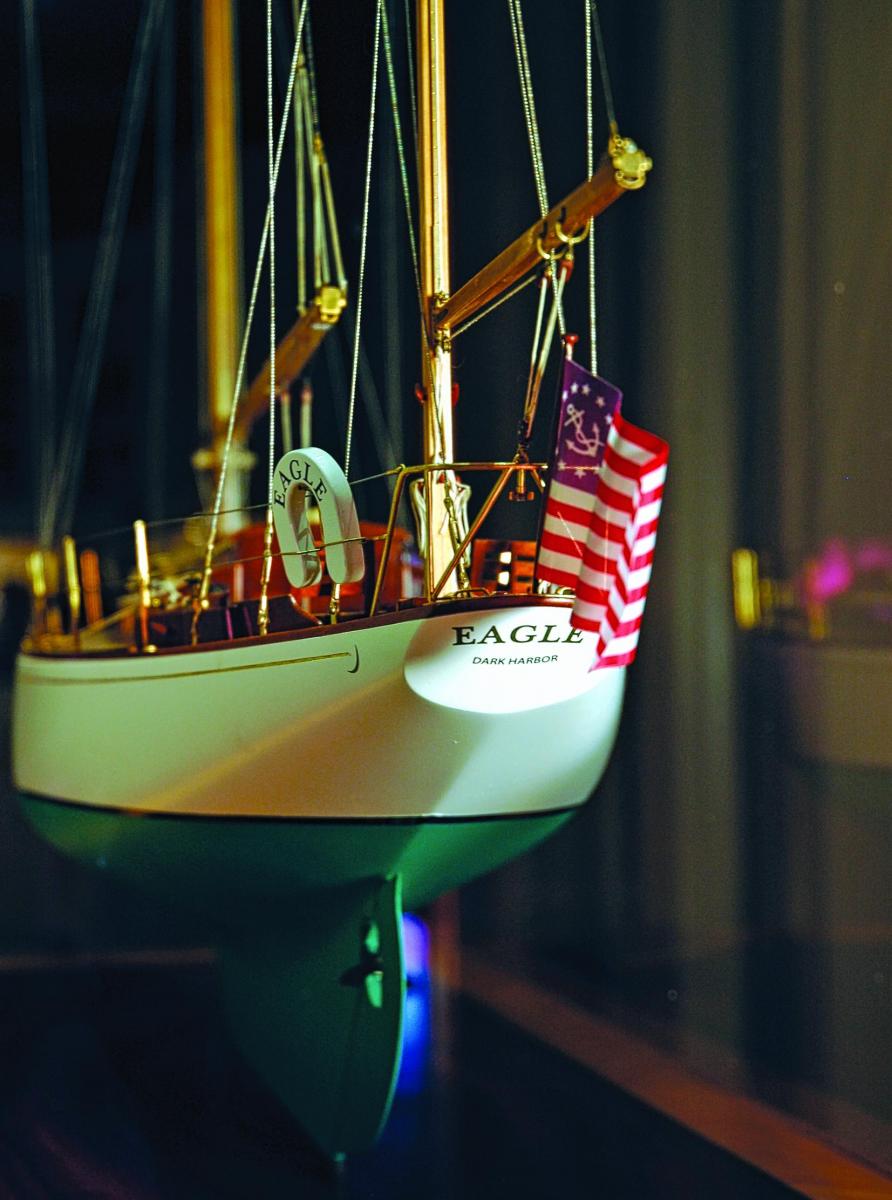 When he began looking for someone to build a model of his Concordia yawl, the author learned that a previous owner already had commissioned one. It took a few years, but eventually he was able to find that model and buy it. Photos courtesy of C. Daniel Smith

Who hasn’t wanted to own a model of his sailboat? That was all I had in mind when I sought a builder to make a model of my newly purchased Concordia yawl, Eagle, in 2009. In the off-season, I live nearly 1,500 miles from my boat and sometimes I suffer separation anxiety. Ship captains through time must have felt much like me, since maritime museums are full of old paintings and ship models that were quite likely commissioned for similarly passionate owners.

Let me back up 25 years. One of our country’s premier model ship makers is Rob Eddy of Camden, Maine. I was drawn into his retail store in 1990 by an exquisite sailboat model in his window. The clean sheer of the hull and the balanced lines of the yawl’s masts caught my attention. We had a pleasant conversation, but it was apparent his clientele were in a vastly different financial class than I since models he made sold in the range we’d just paid for our home in Missouri. I never saw Rob again. His retail business closed within a year of my visit. 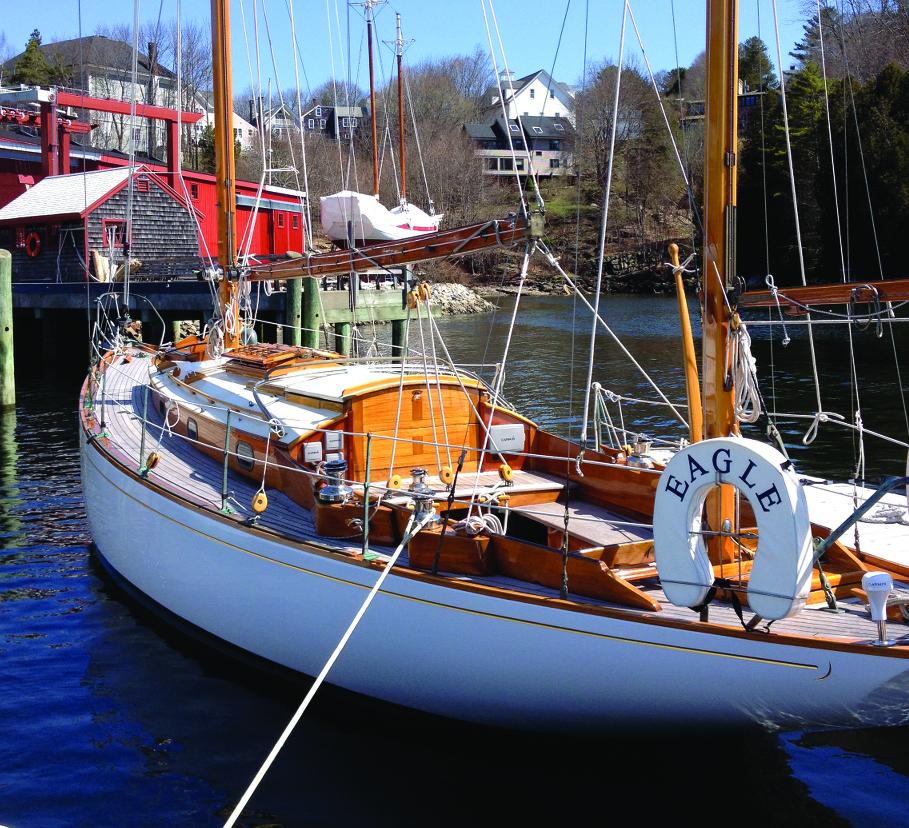 C. Daniel Smith bought his Concordia Eagle, shown here tied up at the dock at Rockport Marine, after seeing a model of the yacht, although at the time he did not know it was the same boat.

I remembered him again, though, when I started looking for someone to build a model of Eagle, and stumbled across his web site by accident—by then, Eddy operated by private commission from his home shop. Seeing a picture on his site of a miniature Concordia yawl he had completed in 1990 named White Light, and the subsequent discovery that this had also been the name of my beloved yawl, made my heart jump.

I knew I must find that model.

I searched fruitlessly for several years, tracking down the owner of the yawl from that era, reintroducing myself to Rob, and contacting antiques stores up and down the East Coast without success. I learned that the boat’s owner at the time had sold the model to the CEO of credit-card giant MBNA to become part of a stunning collection of model ships and paintings, and that’s where the trail went cold. 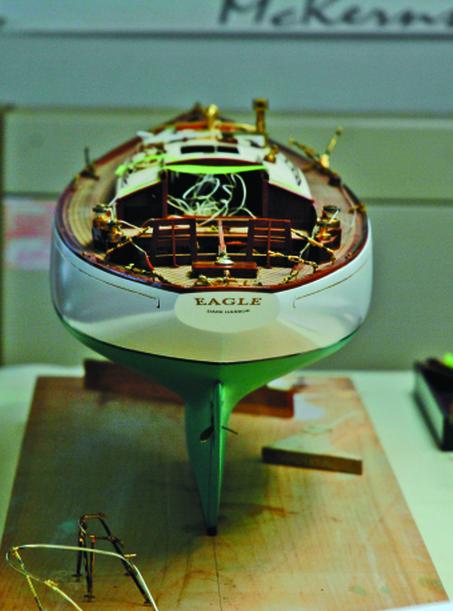 I had all but given up hope, when in 2012, while distractedly thumbing  through The Maine Antiques Digest, I stumbled upon an ad for an auction of MBNA’s marine art and ship models in Annapolis, Maryland. Stunned, I quickly went to my computer. Online photographs confirmed the sale included my Holy Grail, slightly worn, with a few untethered lines, but unmistakably White Light.

My wife and I flew to the sale to ensure no possibility of failure. “How much are you willing to bid?” she asked, noticing that certain wild look in my eyes when I first gazed upon the unmistakable miniature exact copy of our Concordia. Unbeknownst to other bidders, those bronze-appearing winches were in fact gold, and the stainless steel fittings really were silver. “I have no upper limit” was the response that made her gasp. Fortunately a bidding war did not materialize. After a 20-year hiatus, boat owner and model owner were once again identical. The room burst into applause when the auctioneer announced the reunion. My hands shook. I had bought her back for a song.

After finally tracking down the model of his Concordia, C. Daniel Smith took it back to model maker Rob Eddy for repairs. A cabinetmaker in his spare time, Smith built a wood and glass case to hold the model. 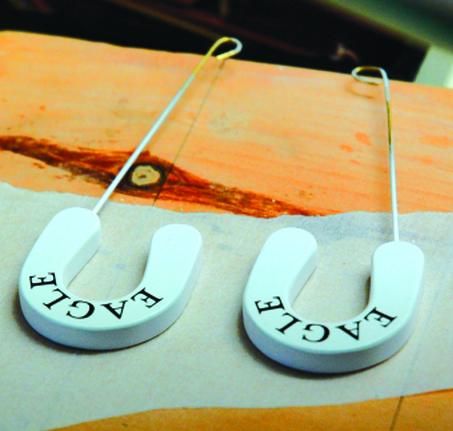 The model was returned to Rob, restored and repainted with the boat’s new name and hail port of Dark Harbor, Maine. A new cabinet for display was built. She now sits in our hallway in Missouri, elegant in her simple beauty, halogen lights illuminating her so that I may walk her decks in the dead of winter, if only in my imagination.

How did the owner ever part with the model was the question I posed one day to Rob Eddy. His response surprised me. The very same model displayed in his storefront 20 years ago also caught the eye of the CEO of MBNA, which at the time had offices in Camden and nearby Belfast. Only when the original purchase price was doubled did the owner allow it to change hands and grace the MBNA company boardroom. 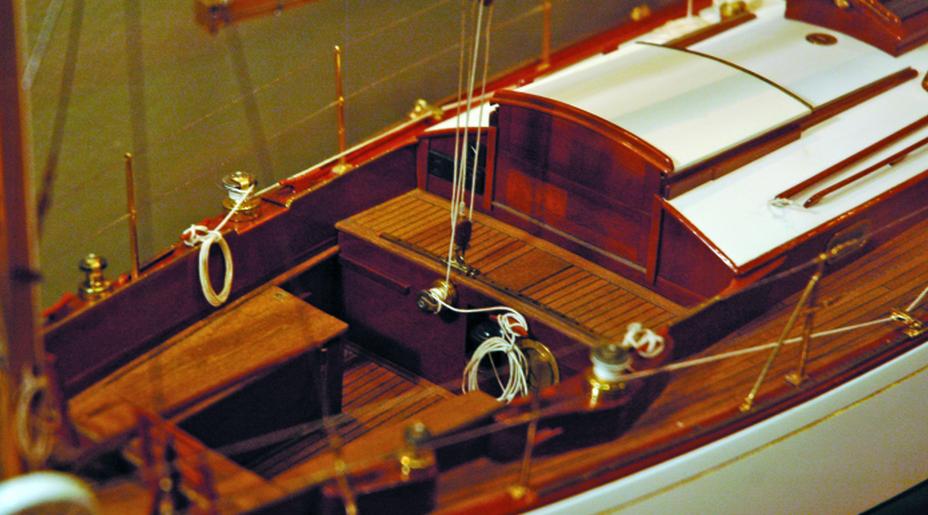 And so today, under sail on a beautiful summer day in Penobscot Bay, I reflect on the circle of events that have spanned this time and I wonder. Did a chance encounter with the perfect sheer of a two-masted model lead to this glorious day? Or was it serendipitous when I realized the model 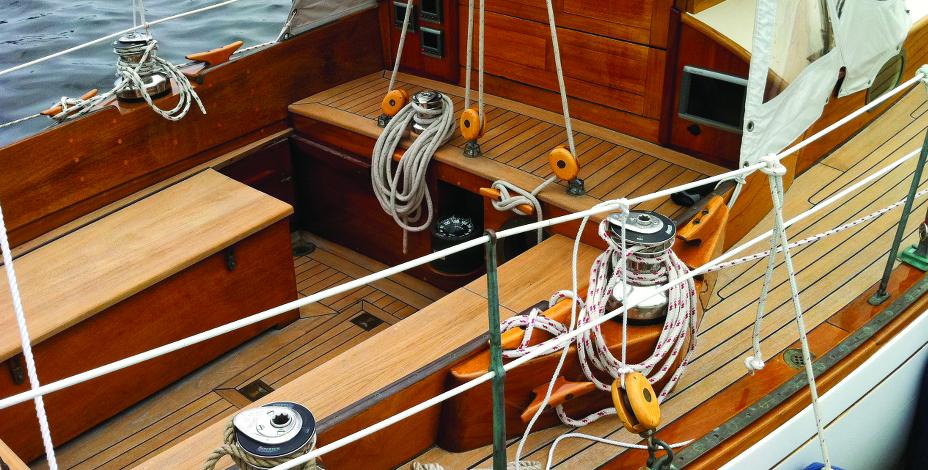 The top photo shows the cockpit of the model Eagle and the bottom is the real thing. Model maker Rob Eddy of Camden is known for his meticulous attention to detail. was actually of my boat?  Either way I hope the two are never again separated.

C. Daniel Smith is an orthopedic surgeon in St. Joseph, Missouri. Eagle was named for his two sons, both third-generation Eagle Scouts.