The science behind sea smoke

Living through the Maine winter comes with its own rewards: seeing the lay of land and sky through bare trees, walking across frozen swamps and bogs, jigging for smelt and tomcod beneath the ice.

But sometimes the weight of winter is heavy. When the landscape seems locked in place and time, liquid tidewaters, bays, and harbors offer relief to eyes that yearn for movement and contrast. At the sea’s edge, the tide still comes and goes, waves still crash and sing their slushy songs, sea ducks ride the chilly surf.

If the air is still and cold enough, great wisps of sea smoke hover and drift above the water surface. That “smoke” actually is water vapor that forms when really cold air moves over relatively warmer water and the thin boundary layer of warm air just above the surface. When the evaporating water rises, the cold air can only hold so much moisture, forcing the liquid to condense into fog. Clouds rise like smoke from the sea’s surface, dispersing and reforming, turning bays and coves into ephemeral cauldrons of submarine fire. 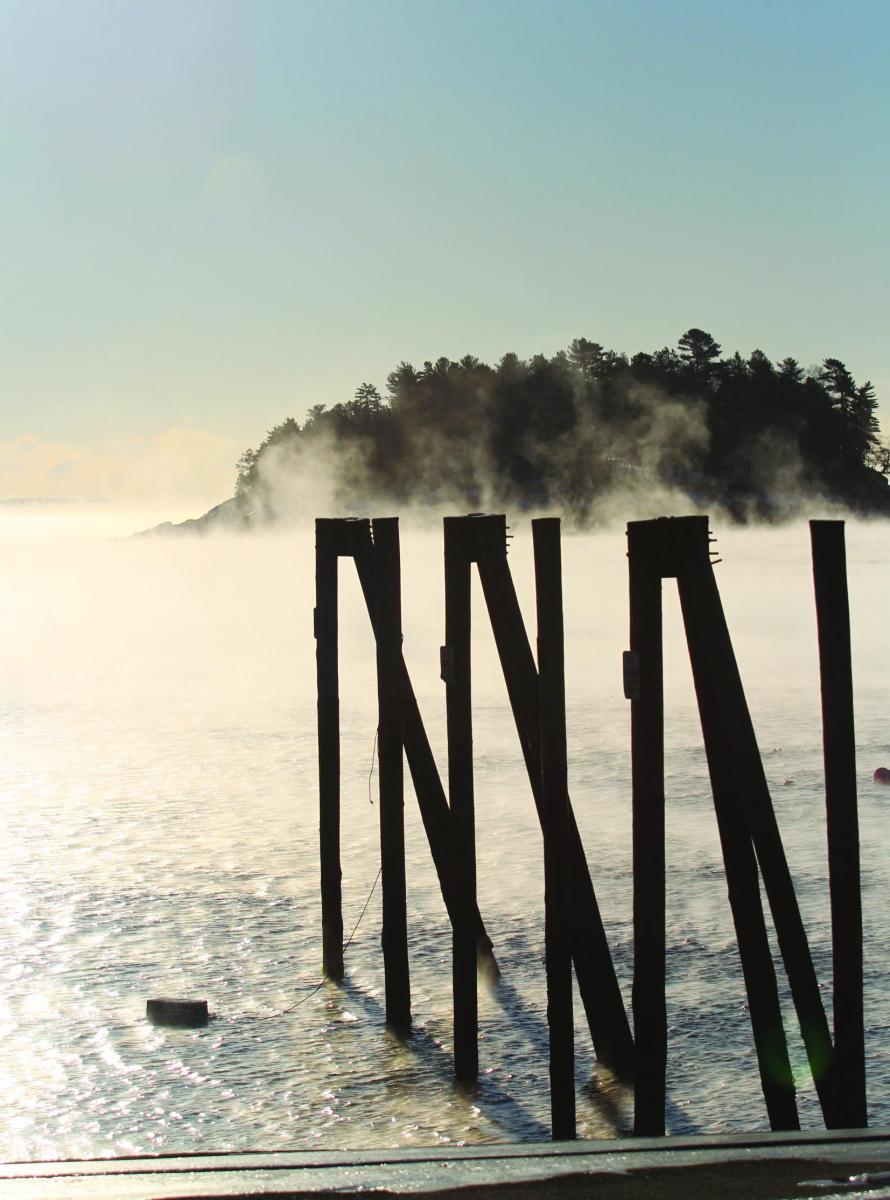 You know it’s really cold out when you see sea smoke, which usually only occurs when the air temperature is below 10 degrees Fahrenheit. Photographer Jamie Bloomquist took these shots in Camden Harbor on January 24, 2011.

North Atlantic fishermen called it white frost or black frost. Common in polar regions (where it is called Arctic sea smoke), it can form over any body of water if conditions are right. It also is known as steam fog, especially when it occurs over freshwater lakes and rivers, although the phenomenon really is the opposite of fog, which occurs when warm air moves over cold water. A similar mist occurs when warm sun hits cold ice, and the solid water goes directly to its vapor form without passing through the liquid phase, a process called sublimation. The principle behind all these forms of mist is the same—the difference in temperature between two spheres.

How cold does it have to be for sea smoke to form? In the Gulf of Maine, the winter sea-surface temperature hovers in the 30s, according to John Cannon of the National Weather Service office in Gray, Maine. “We observe sea smoke over coastal waters when the air temperature is below 10 degrees, and definitely when it’s below zero,” he said.

It takes time for the cold to wring the moisture out of the boundary layer of air above the water. Sometimes the wind blows the cold air away before the sea can smoke. The colder the air, the greater the temperature difference between the air and the sea, and the faster and more prolific the condensation. Therefore, the colder the temperature outside and the quieter the wind, the greater the chance that sea smoke will form and persist long enough to be seen.

It rises from the surface, mixing and turbulent, in rotating columns, converging swirling devils, and stratified drifts. Like your breath on a cold day, the sea exhales dragon-tongues of frost.

The National Weather Service can detect sea smoke from visibility sensors on the Northeastern Regional Association of Coastal and Ocean Observing Systems buoys (NERACOOS), which are located two to three miles offshore; go to www.neracoos.org/realtime_map  for links to the buoys. Usually, said Cannon, by the time air masses reach the buoy the air has warmed to the point where sea smoke is less likely to form. But last winter was colder than most, and the sea smoke could be seen from the buoys, close to shore, even at beaches. 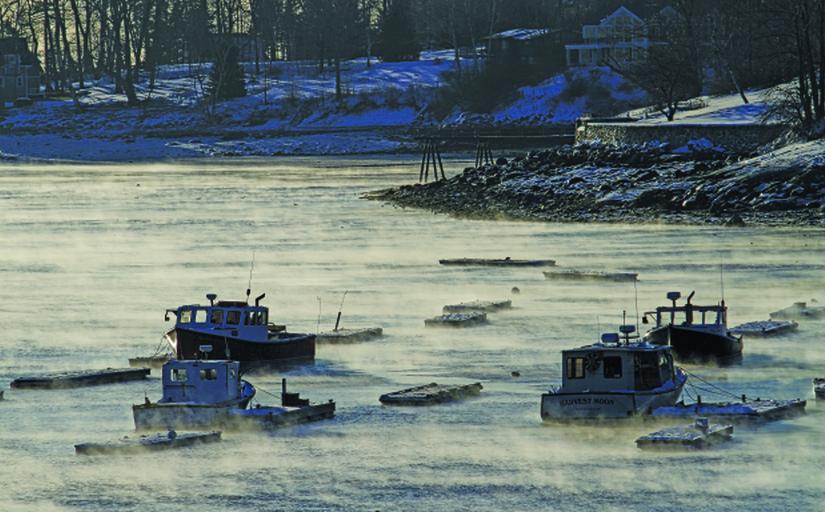 “Most of the time when it is cold, the winds are blowing out of the northwest and offshore, carrying any vapor away from beaches” said Cannon.

Eventually, the air soaks up warmth from the sea, the winds pick up, and the smoke disperses.

Catherine Schmitt is Communications Coordinator for the Maine Sea Grant College Program at the University of Maine.