It's a long row from Lubec to Grand Manan 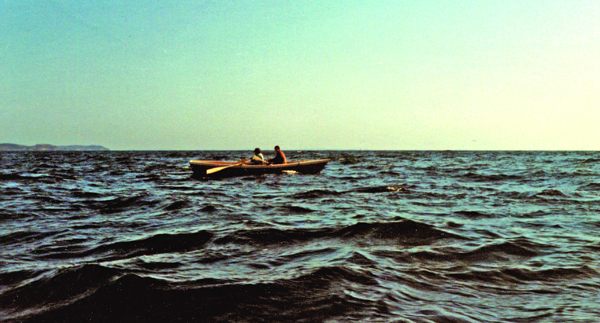 Photo courtesy Charles Legris. As Paul Moyneaux and Adam looked across the rough water between them and the cliff’s of Grand Manan, they wondered about the plan to row across in Paul’s Amesbury skiff. They went ahead, even though the tide carried them off course. The 10-mile crossing took seven hours. 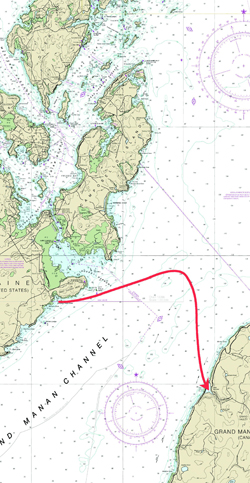