Speedy and fun to sail

In 1959, Gigi was movie of the year. Dr. Zhivago by Boris Pasternak and Truman Capote’s Breakfast at Tiffany’s were on the top of many reading lists. Frank Sinatra won his first Grammy. And in Maine, the Henry R. Hinckley Company launched its first Bermuda 40. 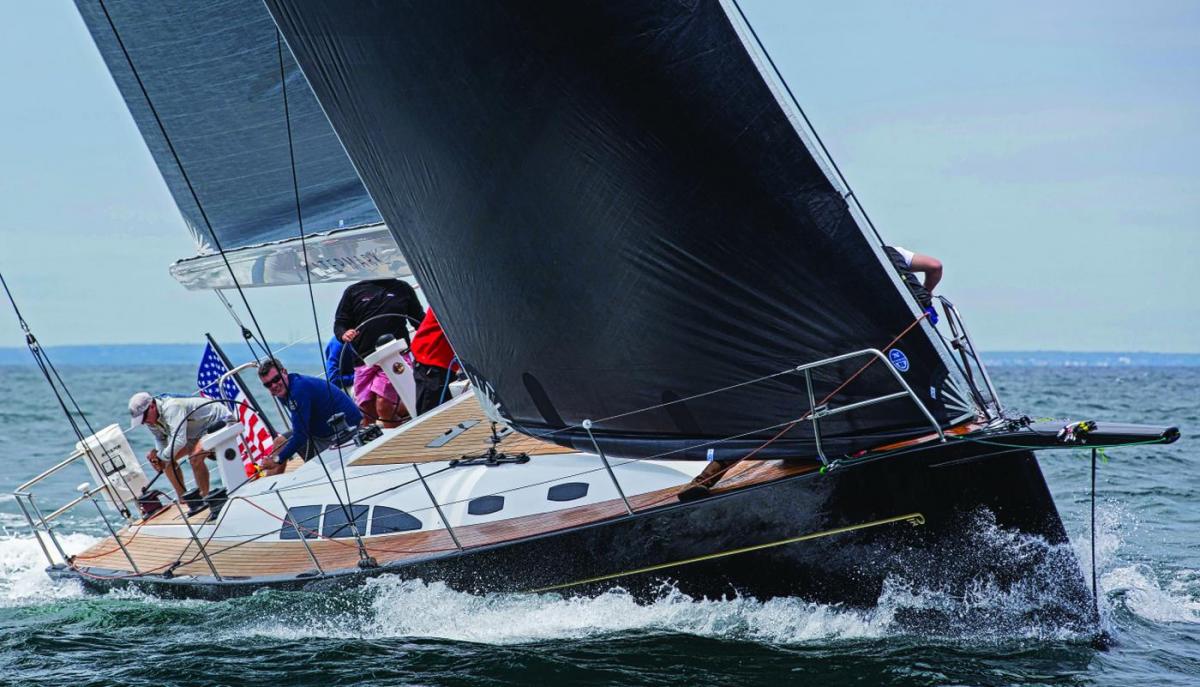 The Bermuda 50’s plumb bow, flush deck, and long bowsprit are a new look for Hinckley. Photo by Billy Black The fiberglass auxiliary sloop designed by William H. Tripp to win races went on to become a classic, just like Breakfast at Tiffany’s. But when it was launched, traditionalists were aghast both at the material from which it was made and its modern looks. Flash forward to today when the B-40 is considered to be one of the most beautiful classic yachts ever. It has stood the test of time. 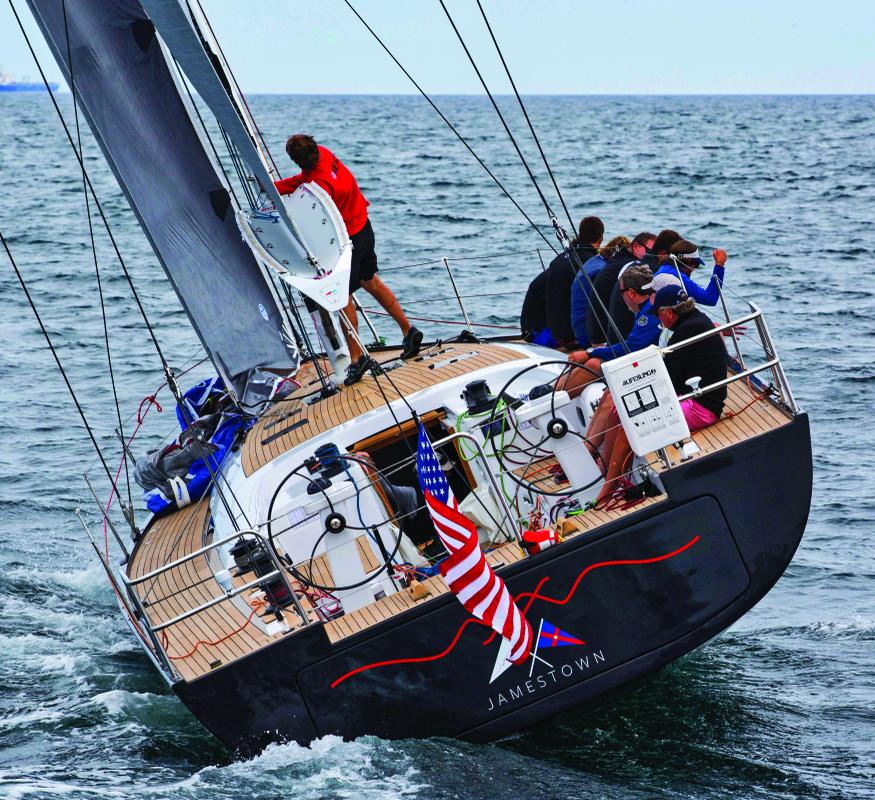 Photo by Billy Black Yet times do change. The Hinckley Company’s recent successes have been based on a fleet of gorgeous powerboats of various sizes, all sharing advanced technology and a certain Hinckley style. But within the company, the love of sail never disappeared. And this past year Hinckley launched the Bermuda 50. Will it be the next classic?

But also like its predecessor, the B-50 goes fast, setting the Block Island Race week on fire after its debut last summer. It’s also a joy to sail, as I found out on a glorious fall day on the waters off Hinckley headquarters in Southwest Harbor. The crew for this last sail before the boat was hauled for the winter, included me, Phil Bennett and Eric Roos of the all-star Hinckley sales team, the company’s in-house designer Peter Smith, and marine journalist Steve Rappaport. We are all certifiable boat nuts and we had a blast.

I once owned a smaller wooden version of the B-40 designed by “Tripp the elder,” which I raced and thought was fast. Still I was unprepared for the B-50’s speed and responsive handling. As we left the dock, Smith went down below and lowered the keel—a 12'-deep foil with a streamlined bulb of lead on the bottom. When not sailing, the keel retracts to a more manageable seven feet. But we needed all of its length to counterbalance the horsepower in the B-50’s big sail plan.

I publish a boat magazine and unless cows learn to fly, I will never be able to afford a yacht of the caliber of the Hinckley Bermuda 50. That realization made this sail even more special. We hit six knots in a five-knot breeze sailing up Somes Sound and sped up to nine knots reaching out the Western Way. The yacht sailed superbly, and having such a crackerjack crew on board made it even more fun. The sail control systems are in the right spot and easily accessible; the high-aspect-ratio blade jib is extraordinarily easy to tack. The twin helm stations make for great visibility on both tacks. Down below the interior features gorgeous woodwork.

So back to my original question: Will the Bermuda 50 be considered a classic 50 years from now? I think so. Just don’t ask me which current books or movies will stand that same test of time.

John K. Hanson, Jr. is publisher and founder of this magazine.