After the ice is out and the docks are in, a unique tradition takes place on Great Pond in Belgrade. Mailboxes are secured to docks, decks, and rafts as summer residents prepare for mail delivery by boat.

Six mornings a week, from June 15 through September 15, rain or shine, a mailman picks up letters and packages from the Belgrade Lakes Post Office, walks out the back door to the dock, loads it into a boat and delivers it to individual mailboxes around the lake, gathering any outgoing mail at the same time. The Great Pond mail route is one of the few remaining inland water routes in the country, according to the U.S. Postal Service. 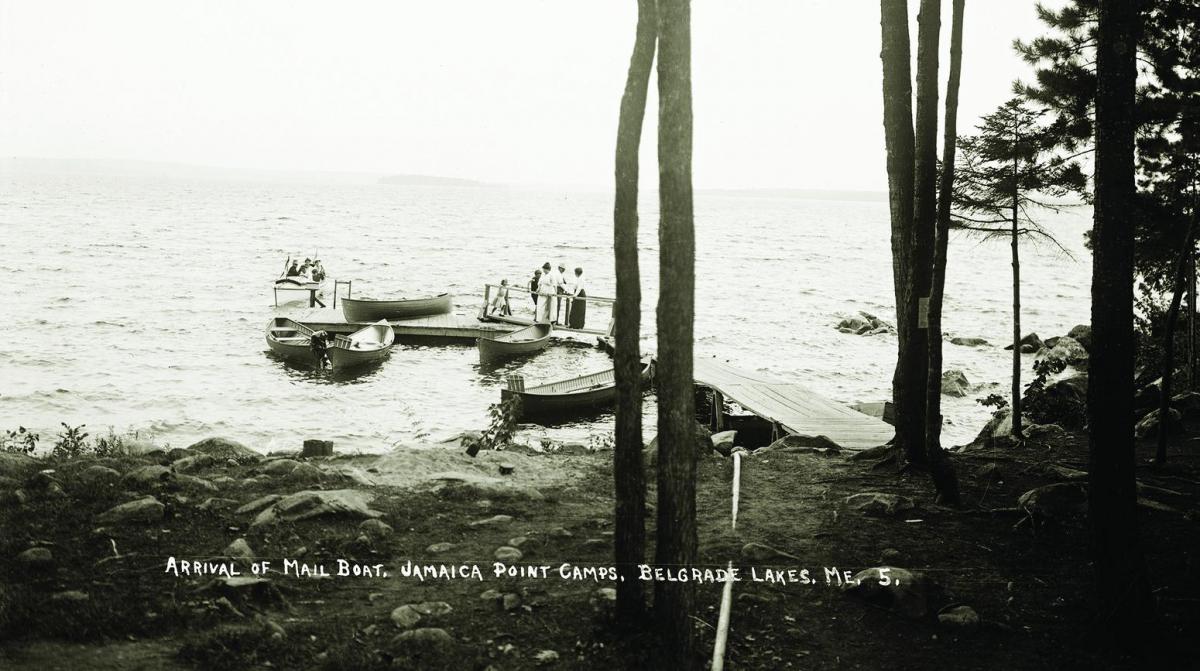 Long before roads, let alone driveways, existed around Great Pond’s 42-mile-plus shoreline, boats transported summer families, their pets, suitcases, fishing gear, and cartons of food staples and other supplies to private camps around the lake. Then in 1903, local Captain Bert Curtis added mail to the ever-growing loads of passengers and packages on his 35-foot, flat-bottomed steamboat, the Belgrade.

He was the first of a succession of private mail contractors on the lake, including Irving Bean, the brother of L.L. Bean founder Leon Leonwood Bean. All were undaunted by weather, always up for a chat, tolerant of mail-fetching dogs and curious children, generous with lake news and advice, and grateful for the brownies, cookies, and sandwiches from appreciative customers. 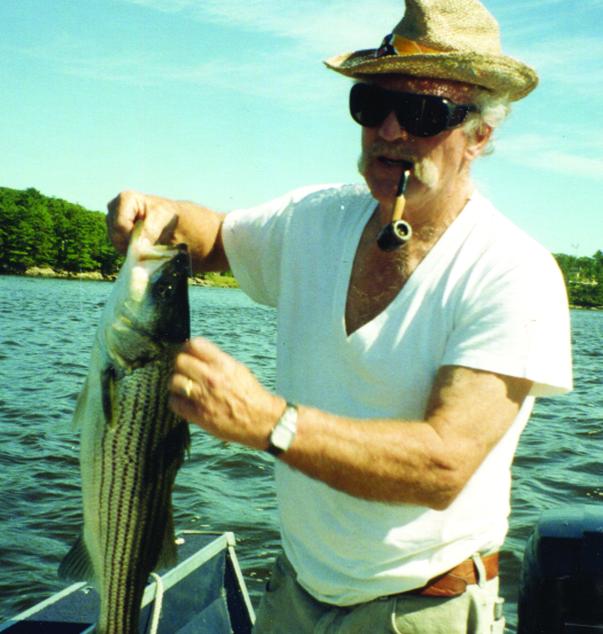 David Webster delivered mail on Great Pond for 48 years and was the model for the mailman portrayed in On Golden Pond. Legendary among these mail deliverers is the name Webster. David Webster is featured in a memorial plaque at the Belgrade Lakes Post Office. He ran the route from 1942 to 1991, making it a family enterprise of sorts. His grandfather Charles, a woodsman, carpenter, and horse driver, helped on the mail boat well into his 80s. Dave’s father, Harold, a registered guide when guides were the true custodians of the lake, handled the delivery when his sons were in school or when there was bad weather brewing. Dave’s brother John filled in when Dave left to serve in World War II.

Dave’s arrival with the mail provided the excitement of the day for many residents around the lake. He was a character model for young Ernest Thompson (who would grow up to write the play On Golden Pond, as well as the screenplay for the movie of the same name). Back then, summering on Great Pond meant no radio or telephone. Time was kept by the bugles of youth camps and the meal bell of the neighboring fishing camp. Sociability, news, and sightseeing passengers came in on the wake of Webster’s 35-foot inboard motor launch, Rainbow.

Rainbow lost her canvas canopy during a heavy snowstorm one spring and was eventually replaced by an 18-foot Old Town Sea Model with an outboard motor, followed by a Boston Whaler, and finally by a 26-foot pontoon boat. They all served the water route well, carrying letters, packages, groceries, telegrams, gifts, pets, and especially people.

Passengers were the best part of the whole experience, Dave Webster would recall upon his retirement, adding with typical Mainer practicality that the mail had to go anyway.

Maine’s U.S. Senator Margaret Chase Smith once rode on the mail boat; so did the cast of On Golden Pond when they were performing at Lakewood Summer Theatre. One couple got married on the boat. Scores of riders have enjoyed handing out mail, and visitors from all over the world have marveled at the view of lake life from the water side.

Viewed from the water, Great Pond is a wondrous world of rustic cottages, family compounds, youth camps, fishing lodges, and flotillas of watercraft from kayaks to large party boats (as pontoon boats are known on the lake) to well maintained antiques, including the occasional boat built by a Webster. There are numerous boathouses where elegant Chris-Craft or similar launches were once protected from summer storms and hoisted above the ice-line on chains for winter storage.

The scenery includes long vistas (the lake is roughly 8 miles long and 4 miles wide), boulders left by receding glaciers, eagles and ospreys and their nests, and islands of all sizes, all set against a backdrop of wooded mountains.

Cottages and lodges around the lake include the fishing camp where E.B. White stayed as a boy and was inspired to write his essay “Once More To The Lake,” the private cottage which New York’s Judge Joseph Force Crater left suddenly one day to famously disappear, and the cove that writer Ernest Thompson still visits each summer and where sunsets over the distant hills turn the lake a rich golden hue.

Captain Norm Shaw’s mailboat in the early 2000s was a large Boston Whaler. The first boat on the route in 1903 was a sleek 35-foot steamboat named "Belgrade," which carried passengers as well as mail. But it’s the mailboxes themselves that are the true celebrities of the lake—decorated with flowers, painted with designs, battered and dented from bad weather and bad dockings, and perched on creative pedestals.

This summer, mail will be delivered on Great Pond by John Govostes in his 14-foot Smoker Craft. A lake dweller since 1986, Govostes took over the contract from his father because, “I’m always on the lake anyway.”

The number of docks with mailboxes is down to about half the once 100-plus customers, but Govostes admits to visiting docks without mailboxes to give treats to loyal dog fans along the route.

Although the water route only lasts four months, the mailboxes stand sentinel until the loons have left for the winter, the water pipes have been drained, and the last dock has been pulled out of the lake.

Esther J. Perne is editor of Summertime in the Belgrades, a seasonal weekly. Her family has summered in Belgrade since 1908.