The adult version of a treasure hunt

I was outside in December snow flurries when an elderly woman in a pink bathrobe and L.L. Bean boots marched defiantly toward me. “May I help you, young man?” she barked, minutes after catching me spying on her backyard bird feeder near the Rockland breakwater parking lot. “Please forgive me,” I blurted, “your chickadees attracted my attention. I’m participating in today’s Rockland Christmas Bird Count. But I should have knocked on your door. My apologies.” 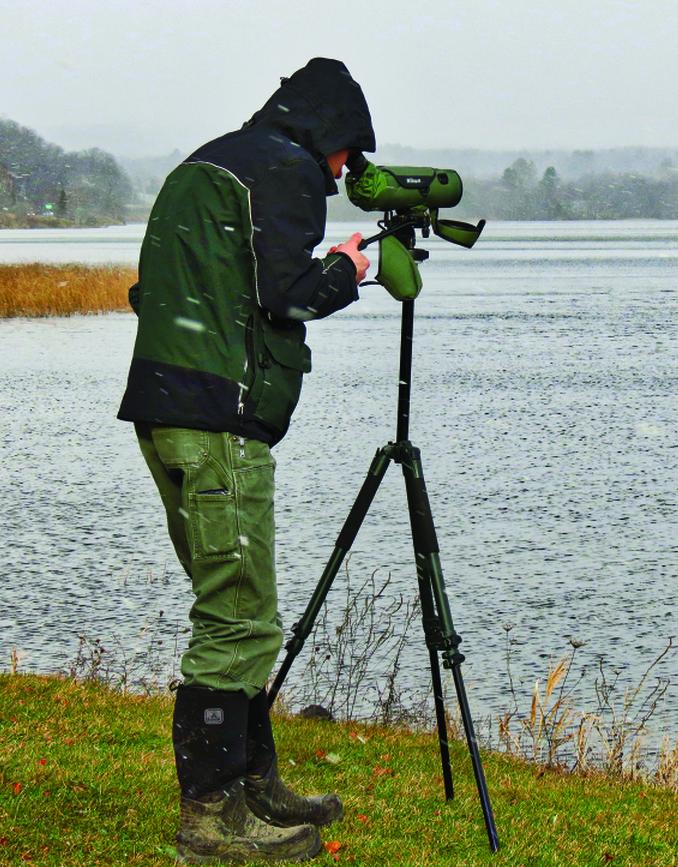 CBC participant Will Nichols uses a spotting scope to observe birds offshore. Photo by Brian Willson It was 7 a.m. on December 22, 2012. To ease the tension I handed her my binoculars, and then watched her smile as birds filled the optics. “If it’s okay with you,” I asked cautiously, “may I add the chickadees, white-breasted nuthatch, and tufted titmouse to my bird list?”

“Yes, of course. I love my birds,” she replied as she squeezed my hand, wished me luck, and bid me farewell.

I lowered the ear flaps on my Moosehead Lake beaver fur hat, trudged into the biting wind, and mumbled the U.S. Postal Service’s unofficial creed: Neither snow nor rain nor heat nor gloom of night stays these couriers from the swift completion of their appointed rounds.

Our appointed rounds included walking the icy and very birdy breakwater; combing the nearby grounds of the Samoset resort for snowy owls, geese, and songbirds; scanning Rockland Harbor behind Littlefield Baptist Church for uncommon black-headed gulls; identifying Bonaparte’s gulls among a flock of herring gulls at Glen Cove; and searching Chickawaukie Pond for ring-necked ducks and other waterfowl.

Pecking orders govern the bird world, but on this day even a lowly pigeon was equal to a regal eagle. If it had feathers and drew breath, it was counted. (As a rule, dead birds are not recorded. Several years ago a debate ensued at a Waterville Christmas Bird Count: Should a dead red-winged blackbird in the talons of a Cooper’s hawk be counted? Since the blackbird had been seen struggling to free itself from the hawk, it was included in the census. These events are not for the faint of heart.)

The Christmas Bird Count (CBC) originated in America in December 1900 as an antidote to Christmas sport hunts. In the late 1800s and early 1900s hunters participated in annual holiday bird slaughters. After unwrapping Christmas gifts, nimrods formed teams, left wives and children at home, and went afield with shotguns to blast birds from the skies. The carnage gave rise to the saying: “If it’s brown, shoot it down.”

Conservation was not a household word in the early 1900s. Bird killing sprees had nearly eliminated populations of many birds. Snowy egrets, for example, were prized targets because their beautiful white plumes were used for decorating women’s hats. By 1900, more than five million birds were being killed annually (not just during the holidays) to supply the millinery trade.

Ornithologist Frank Chapman proposed the novel idea of counting birds during the Christmas season, instead of killing them. In 1900, 27 observers participated in the first CBC in 25 places in the United States and Canada. In 2013, more than 71,500 people participated in CBCs in 2,369 locations in 19 countries. 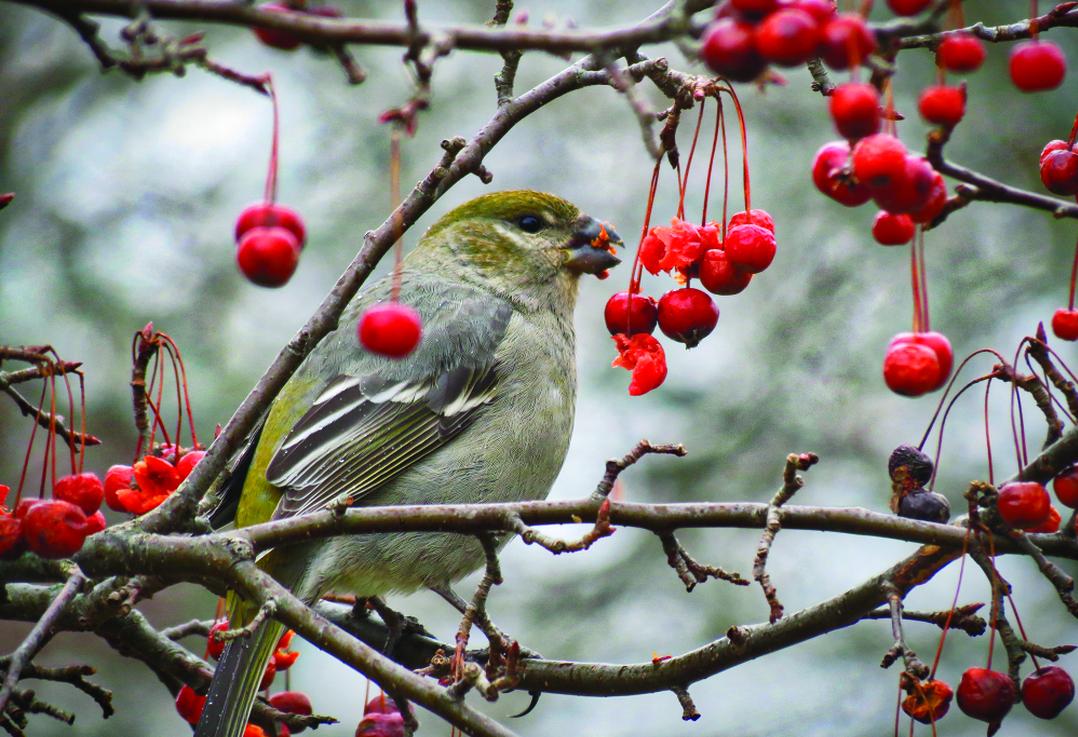 Each CBC takes place in a 15-mile diameter circle, on a day between December 14 and January 5. Groups of volunteers break up into small parties and look for birds in designated areas the shape of a wedge. After sunset, leaders of each section meet to compile the day’s bird list. Each December the Rockland list includes astonishing surprises; one year our small group reported the only yellow-breasted chat in Maine, and one of the few seen in New England. (Chats are typically at home in Kentucky, not Maine.)

Unusual birds and rarely seen behavior are hallmarks of the Rockland CBC. “What’s wrong with the nearby loon?” asked Brian Willson, one of the participants, standing on the breakwater. Even with binoculars, it was difficult to see why the loon tossed its head awkwardly. “Nothing is wrong with the bird,” said Will Nichols, a lobsterman from Searsport, studying the loon with his 65-power spotting scope. “Come look for yourselves before the loon dives.”

It turned out the loon was struggling to swallow a lobster. Loons are expert anglers capable of diving 200 feet in pursuit of Atlantic croaker, silversides, and other finfish. Propelled by powerful legs, they shoot through the water like a torpedo, changing direction in a millisecond. Sadly, a hungry loon’s increasing reliance on lobsters and crabs is a sobering indictment of the poor state of marine fisheries. 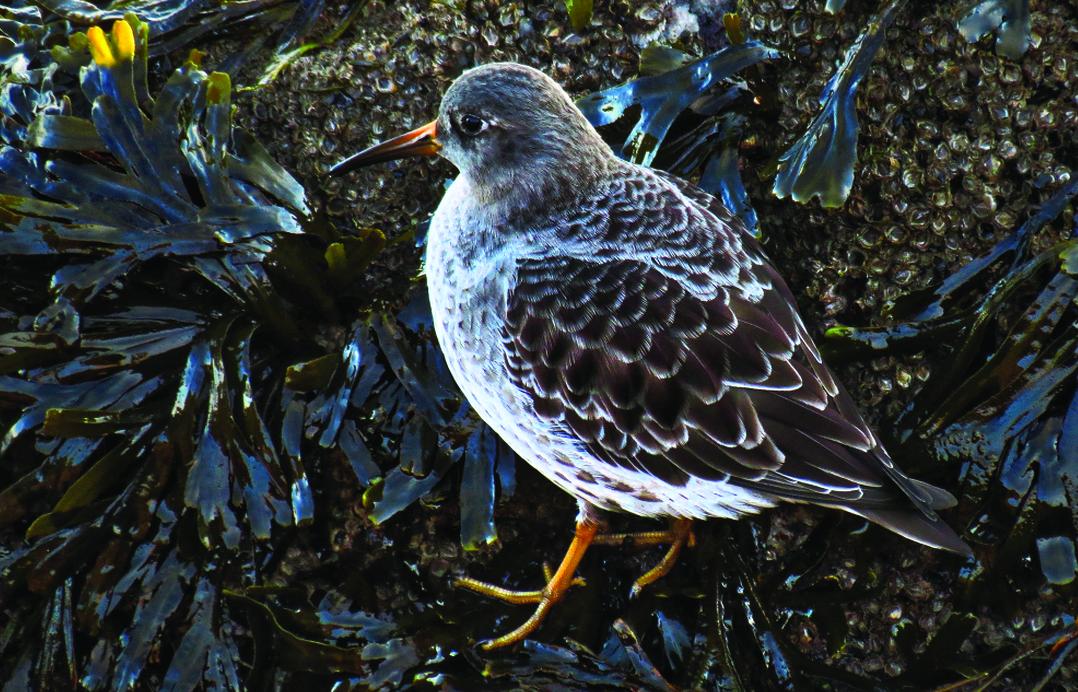 At the tip of the breakwater, a mob of crows dive-bombed a snowy owl, forcing it to fly to a nearby roof. The crows peeled away like black fighter jets. Snowy owls are an irruptive species, meaning that thousands migrate south from the Arctic Circle in years of food shortages. By day’s end, we tallied two snowy owls.

One year a Bangor Daily News journalist interviewed our group and made an insightful comment: “The Christmas Bird Count seems to be a treasure hunt for adults.” Under Lindquist’s 15-year guidance, the Rockland CBC has produced many avian treasures: the snow geese, a yellow-throated warbler, a purple sandpiper, a semi-palmated plover, a northern shrike, and an American pipit. Knowing that a rare bird awaits discovery is great motivation to leave a warm bed on a dark, cold December morning, to say nothing of the joy of birding with like-minded souls.

Learning about Rockland Harbor birds is rewarding, too. A flock of purple sandpipers roosting on the breakwater are from Baffin Island in the Canadian territory of Nunavut. Most of the island lies north of the Arctic Circle, 1,500 miles away.

When we got to Glen Cove, a rusty early-1970s Mercury sedan stopped near me. As the engine idled the driver rolled down a window and asked, “What are you looking at?” I pulled back from my spotting scope and answered:  “A flock of Bohemian waxwings is eating frozen crab apples.” The driver relayed my answer to his four passengers: “The man said something about looking at crab apples.” They stared a few seconds and then the vehicle raced down the road, its rear bumper held in place with duct tape. 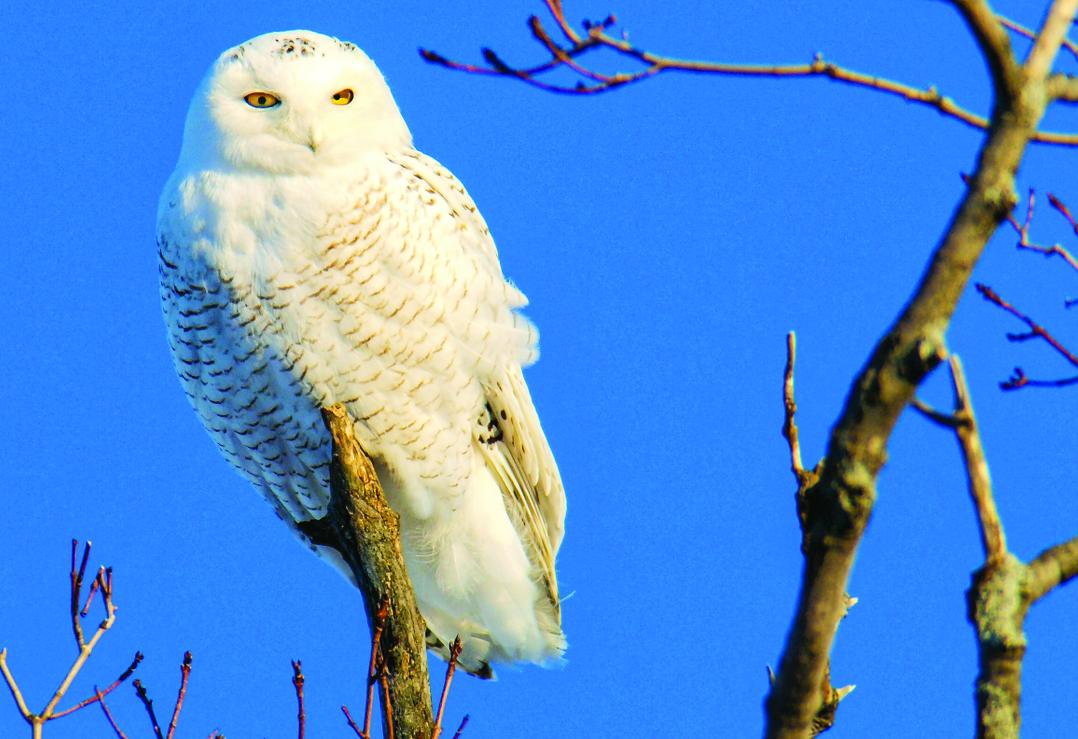 CBC data have practical applications: researchers, conservation biologists, and wildlife agencies analyze the numbers to assess the long-term health and status of North American bird populations. When combined with springtime breeding bird surveys, CBC data provide a picture of how these populations have changed in time and space over the past century. That helps scientists implement conservation measures to protect birds and their habitat; data also help identify environmental issues that might impact humans, such as sea level rise in the Gulf of Maine and elsewhere.

For us, six volunteers counting Rockland Harbor’s birds, the annual CBC is a fun way to contribute to science.

Ron Joseph is a Maine wildlife biologist. He lives in Waterville, Maine.