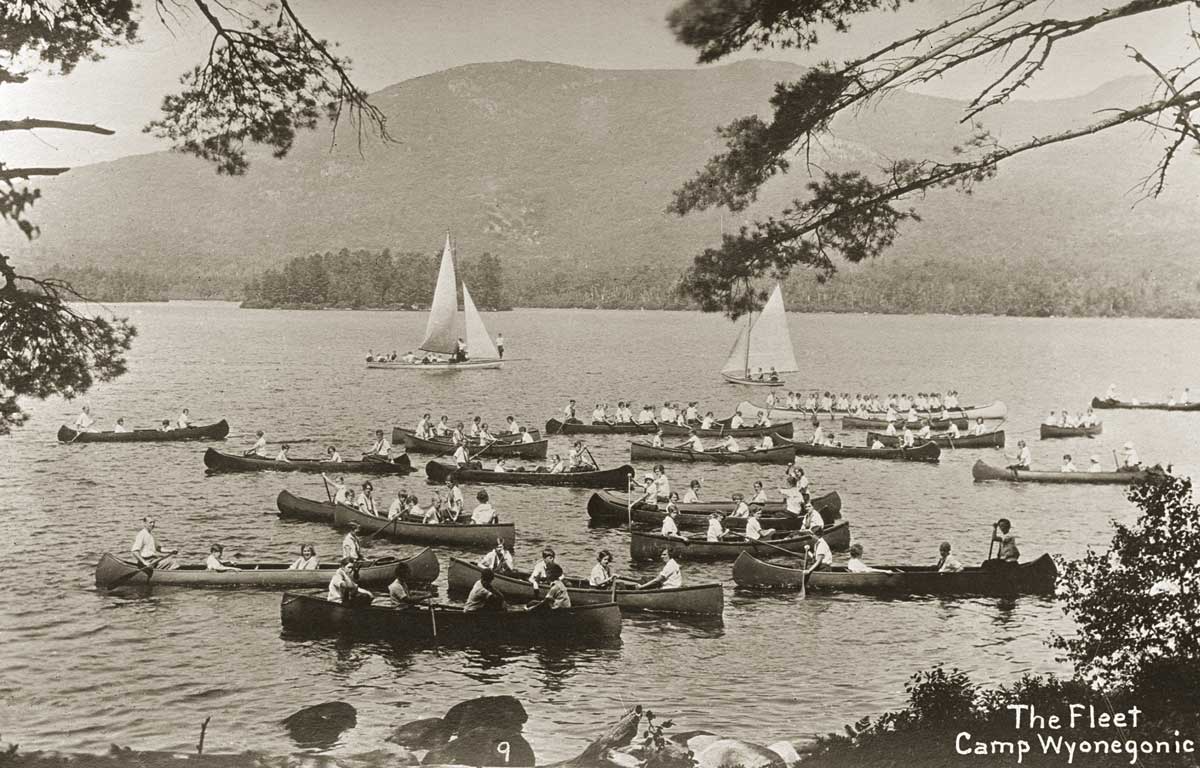 CAMP WYONEGONIC: The camp (originally located on Highland Lake in Bridgton) was founded in 1902 by the Hobbs family and is today the oldest continuously operated camp for girls in the nation. Camp Winona, for boys, farther up the shore of Moose Pond, was founded by the Hobbses in 1908.

The proliferation of camps for boys and girls beginning in the early 1900s provided canoe builders with a welcome important market, the amusement park canoe craze having cooled off with the replacement of the livery canoe (for young couples’ canoodling) by the back seat of the automobile.

Camp Wyonegonic’s grand fleet features what appears to be a 34-foot Old Town war canoe with an adult and 22 paddlers aboard, double-ended guideboats, and two sailboats of inland lake heritage and pre-World War II vintage. It seems likely that this photo dates from the 1930s. 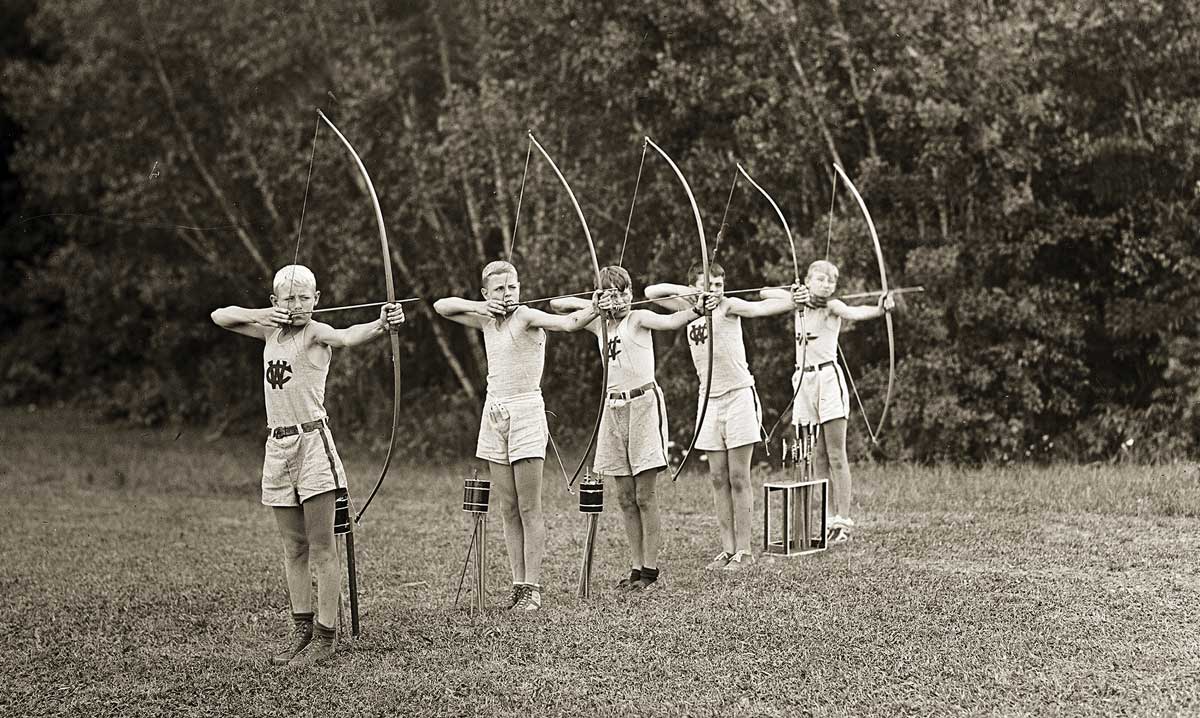 CAMP ARCHERS: A camp for boys aged 10 to 16, Camp Winnecook was established in 1903 on the eastern shore of Lake Winnecook, (better known these days as Unity Pond) by Unity native Herbert L. Rand, then a principal at the Salem Normal School (teacher’s college) in Salem, MA. In the mid-1940s, under new ownership, it briefly became a camp for girls. In 1950 the property was sold to a private party. Kids, do not try to do this at home—this is why you were sent to camp!

Past, Present & Future Aboard America

Getting the Most Out of Cut Flowers