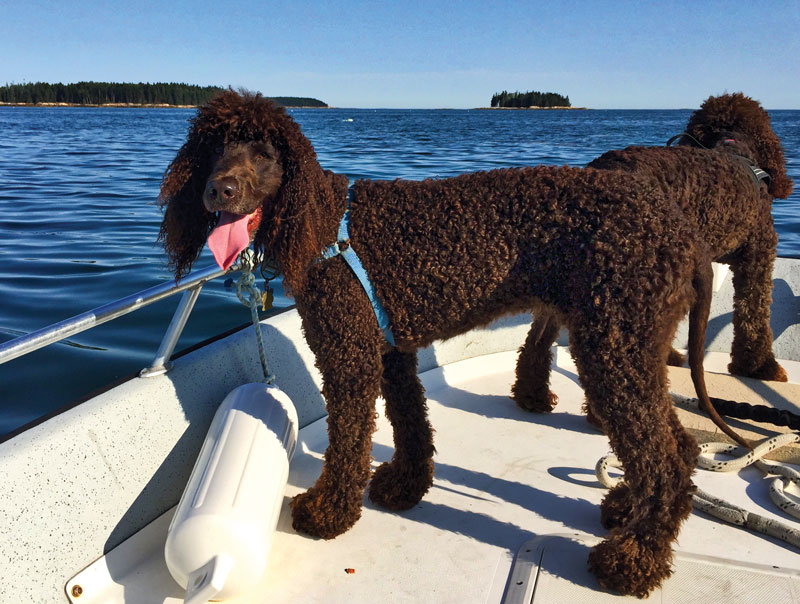 If you have ever bought coffee or beans from Rock City Roasters in Rockland, Maine, there’s a good chance you’ve seen 10-year-old Des and his sister Rosie. Tall, with curly brown hair and long whip-like tails, the two Irish water spaniels belong to Rock City co-founder Susanne Ward and usually accompany her on her trips in and out of the café. As a young dog, Des wanted to be a World Champion Boatyard Dog, but lacked the discipline, despite his retriever genes. Rosie, slyly inquisitive and fast as the wind, has never aspired to anything more than being in charge. With their double coat of hair and webbed feet, water spaniels are very good retrievers, but they also like to play and are considered the clowns of the spaniel family. 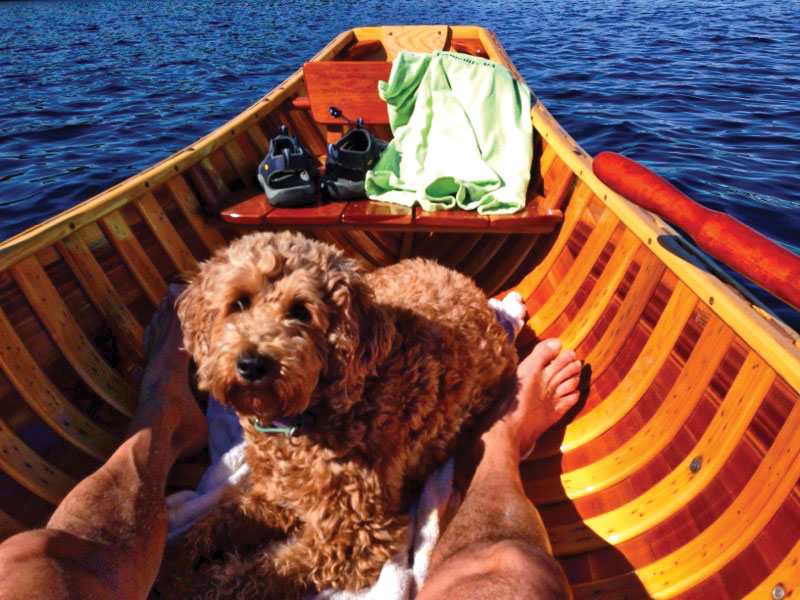 A seven-year-old golden doodle, Stella is one of the shop dogs at McIntosh & Company Cabinetmakers, where she greets newcomers and talks design. Her affinity for Japanese and Shaker lines, curves, and joinery accents may well explain why she is so content to laze about in the traditional cedar-planked rowing canoe that belongs to her dad and best friend, Todd McIntosh of Cumberland. The two regularly venture out on early-morning meditative rows on Casco Bay, often before sunrise. They are joined on longer motorboat excursions to the Androscoggin River, Sabbath Day Lake, and areas around Casco Bay by Todd’s wife, Sue, and his daughter Ella. On land, there are tennis balls to chase, walks to take, pillows to lounge on, and visits from her golden-doodle grandmother Lolly, but wherever Stella goes, family time is her top priority.