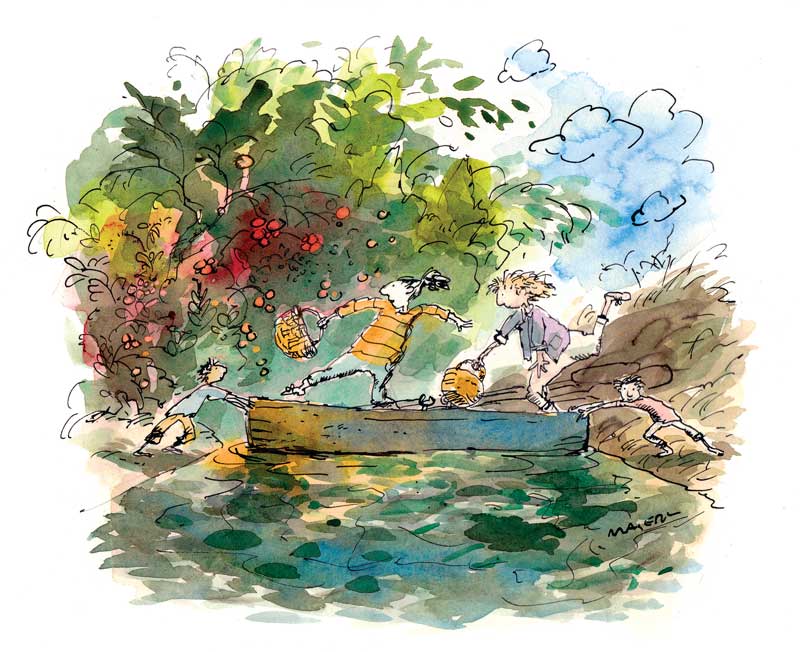 Growing up in the 1930s during the Great Depression and World War II had a great deal to do with where and when I acquired my first boat. I grew up in South Brewer, Maine, a mill town on the Penobscot River. Our family, like most of the people of South Brewer, were blue collar workers at the local paper mill. My mother came to America from Canada and my father, who came from a long line of farmers and fishermen, from Sweden in 1923.

In 1941, Carl and his brother, who had immigrated to Maine before him, decided to buy a rowboat to catch smelts in the river. This had to be done during the correct tides in the spring, and when the men were between shifts at the mill. By that time, Uncle Peter had become an American citizen, but my father was not yet naturalized. Wartime U.S. Coast Guard regulations required him to carry a permit with a photograph of himself in order to be allowed to navigate on the river.

At the time, I was 9 years old. When I wasn’t in school, I was expected to help them pull the 20-foot-long gill nets. I was also the rower, since there were no motors, nor gasoline, nor available men to help during the war. The boat was flat-bottomed—not pretty, but stable. The oars seemed to weigh more than me. My father gave me a lesson on how to row in a straight line while transporting about 200 pounds of smelts; I used the Second Congregational Church Steeple as a focal point.

Several times we were stopped by a small Coast Guard patrol boat whose crew would carefully inspect my father’s permit. He looked like a typical German. When he answered questions with his Swedish “Ja,” they looked at him suspiciously, and I would get worried.

Sometimes when I struggled to row against the outgoing tide with a near-capacity catch of fish and just a tiny bit of freeboard, my father might say, “Plutt, you are getting better.” I enjoyed the task and became attached to that faithful, hardworking, nameless boat.

After two years, the smelts stopped running near us, and my father and uncle had to give up the smelting, even though it had been quite profitable.

My best friend Bobby Vachon and I asked my father what he and Uncle Peter planned to do with the old boat. He said they didn’t need the “old girl” anymore. Bobby and I talked my father into towing the old boat behind his 1936 Plymouth from Cove Street on the river, to our home on Mill Street along the Sedgeunkedunk Stream. The poor boat suffered terribly after being dragged along the tarred road for about a mile. When we got her into the stream, she promptly sank. But, just as my father had predicted, that was a good thing because she swelled up while submerged and the scars and seams almost healed. We got her shipshape and then used her as a barge to cross the stream.

Bobby and I were like Tom Sawyer and Huck Finn for the next few years, playing on and in the Sedgeunkedunk. We would cross the stream to “attack” a make-believe German division that we were sure was waiting to attack South Brewer. The Germans never knew when we would attack next.

Sometimes in the summer, Bobby and I would place the boat lengthwise across the stream, which was not much wider than the boat itself, and we would invite our mothers to use it as a bridge to cross and pick berries on the other side.

To this day, Bob and I still talk about those times and our boat.

Many years later, on a trip to my father’s native Sweden in 1981, I learned the meaning of the Swedish word “plutt” (young lad), and learned from my father’s nephew Jacob that he also had received demanding rowing lessons from my dad.

Our boat never had a name, it didn’t have fine lines, and it leaked. But we loved her. She made two boys, many years ago, very happy.

John Wedin lives in Orrington, Maine, and has traveled extensively in Sweden. He retired from the United States Postal Service in 1988, and bought a 28' sailboat on the very same day.

Do you have a story to share about your first boat? We’d love to hear all about it. Drop us a note via editor@maineboats.com.