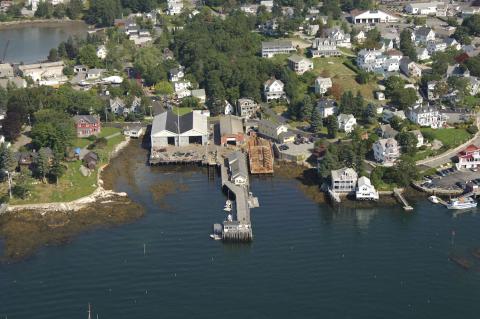 A vital part of Maine’s shipbuilding tradition, Boothbay Harbor Shipyard has accommodated a wide range of vessels since its founding in the later 1800s, including tall ships and superyachts, tugboats and Navy vessels, sailing yachts and workboats. The yard's previous owner was Terry McClinch. Shipyard operations will continue under the leadership of Eric Graves, and facility improvements will be devised to make the yard’s expertise and craftsmanship more accessible to boat owners and yachts visiting the region, Tyska said Jan. 10 in a new release.

“The acquisition of Boothbay Harbor Shipyard will further increase our capacity and diversify the level of service we can offer along the East Coast through Bristol Marine,” said Tyska. “Under Eric’s leadership, the shipyard has undertaken some of the greatest repair and restoration projects in New England—and I know that Eric, together with the yard’s talented shipwrights and skilled workers, will build on that past success and effect improvements that will make their skills and services more available to today’s boaters.”

Boothbay Harbor Shipyard offers a complete range of marine-related repairs and services for all vessel types. The yard’s 700-ton marine railway has braced tall ships, superyachts, tugboats, fishing trawlers, passenger boats, ferries, and Navy and Coast Guard vessels; the 150-ton railway has accommodated sailing yachts, workboats, schooners, and motor vessels. Ongoing projects at the yard include the restoration of the schooner Ernestina Morrissey, the official vessel of the Commonwealth of Massachusetts and a National Historic Landmark with a sparred length of 156 feet, and the 171-foot, three-masted tall ship Friendship of Salem, owned by the U.S. National Park Service.

“I am excited about the opportunity to work with Andy and Bristol Marine to define the next period in the long legacy of operations at what we will call ‘The Shipyard in Boothbay Harbor’,” said Graves. “We have a talented team and have built the reputation as one of the many great and capable yards in Maine that care for and restore vessels of all types.”

Tyska founded Bristol Marine in 1998. In addition to providing a customized level of service on boats of all types, the company has also been a preserver of working waterfront and marine-trades jobs, employing nearly 50 skilled tradesmen and tradeswomen at two waterfront locations in Bristol (R.I.) and Somerset (Mass.). The company has also acquired and improved commercial real estate in the Bristol area, much of which has become home to over 30 marine-related businesses that employ over 300 individuals.

Summer of the superyachts

We are here and we're hard at work on the next issue!