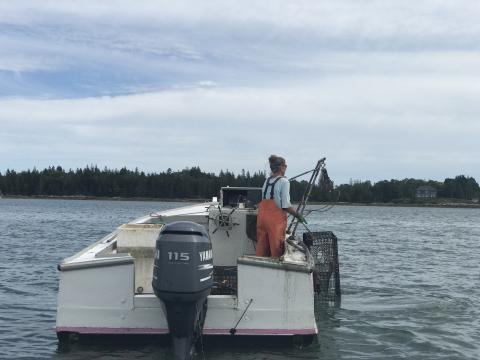 According to recently updated data from the Maine Department of Marine Resources, 2021 was the most valuable year in the history of Maine's lobster fishery. At $725 million, the landed value for the iconic fishery jumped by 75 percent over 2020, by far the single largest increase in value, year over year.

Of note, the increase in value was more than the total landed value in 2009.

"The extraordinary value earned last year by Maine lobster harvesters is a clear reflection of strong consumer confidence in the Maine lobster brand and the products and people it represents," said Maine Department of Marine Resources Commissioner Patrick Keliher.

"Last year was one for the books and it should be celebrated," he added. "But there are many challenges ahead, and its important that fishermen remain engaged in management discussions that will strive to make this stock resilient for future generations."

The news about the record landing value comes as the Maine Legislature has been a pairs of bills peretaining to the industry. One would establish a legal defense fund for the industry, which has been battling federal regulators over measures intended to protect endangered right whales; the other would establuish a $30 million fund to support fishermen financially and help them pay for the upgrades called for in the new whale rules.

Additional information on Maine lobster landings can be found at https://www.maine.gov/dmr/commercial-fishing/landings/index.html

Landings information for all other commercially harvested Maine species will be available in March after data has been fully audited, DMR reported.