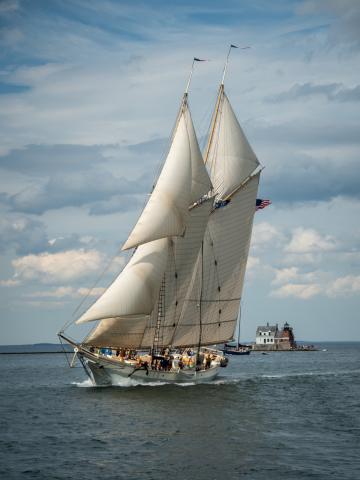 Forecasts for rain, possible thunderstorms and gusty winds postponed the start of the 42rd Annual Great Schooner Race on Friday, July 6, 2018. About three hours after the scheduled start, the Maine Windjammer Association got the race underway at approximately 1:15pm. Eleven boats raced from Gilkey Harbor in Islesboro to the finish line at the Rockland Breakwater Lighthouse. The Schooner Heritage won the race, taking home the Cutty Sark Award trophy. In keeping with tradition, captains Doug and Linda Lee were presented with the trophy and the coveted “Eat My Wake” flag, by the 2017 winner of the award Noah Barnes, Captain of the Schooner Stephen Taber.

There was serious competition among the competing boats, which hailed from Rockland, Camden and Newport, RI harbors. Considered by many as the largest annual gathering of traditional historic schooners in America, wind and wits dictated the following results from the 42rd Annual Great Schooner Race. 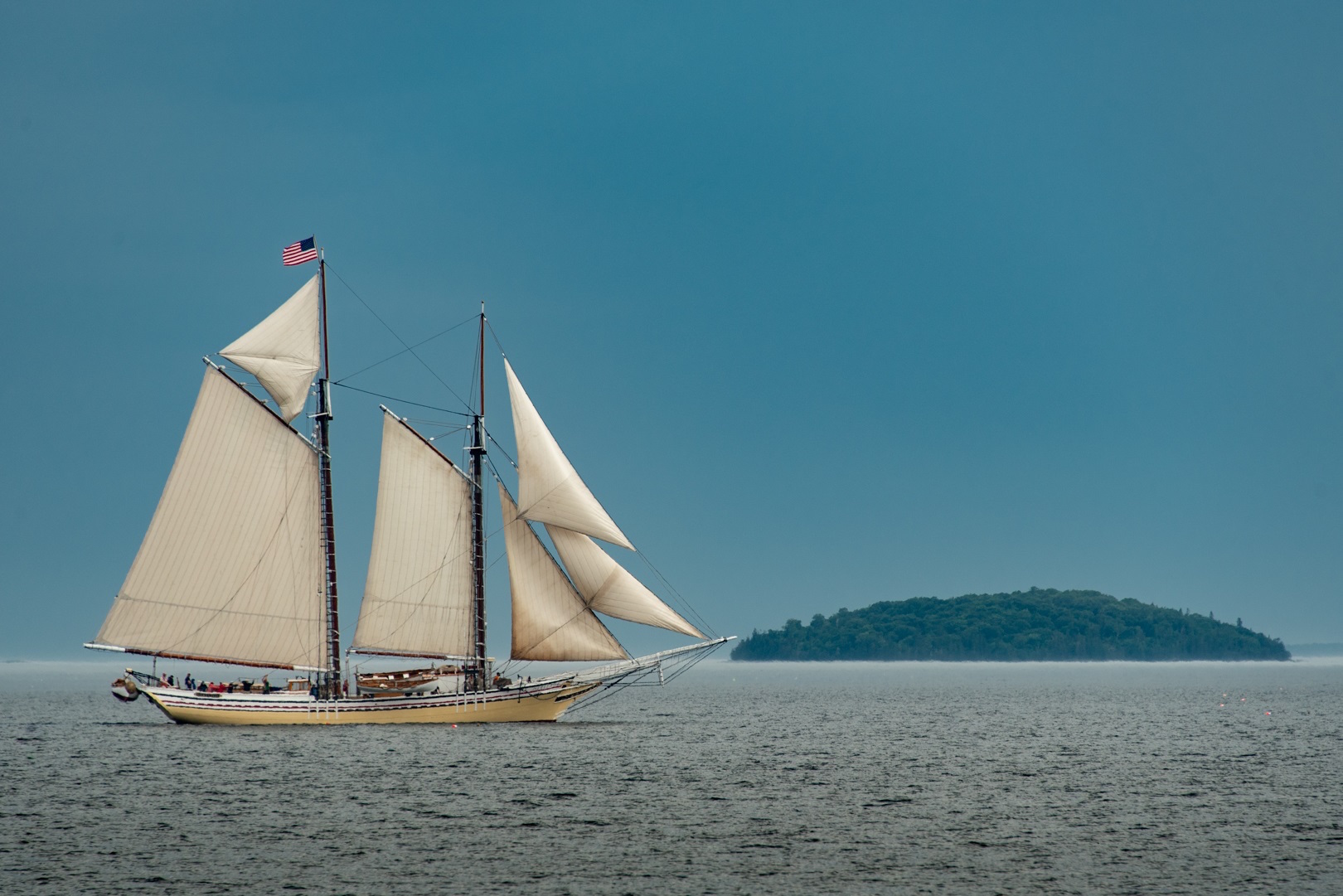 Additional awards were given for seamanship and navigational skills.

The Spirit of ’53 Award recognizing guest involvement and seamanship during the Great Schooner Race went to the three-masted Victory Chimes, captained by Kip Files, homeport: Rockland, ME

The Great Schooner Race is presented annually by the Maine Windjammer Association, representing eight traditional Maine tall ships, ranging in size from 64 to 132 feet on deck. Half of the windjammers are National Historic Landmarks. All of the vessels are privately owned and operated. For more information on the Maine Windjammer Association and windjammer cruises in Penobscot Bay, visit www.SailMaineCoast.com.