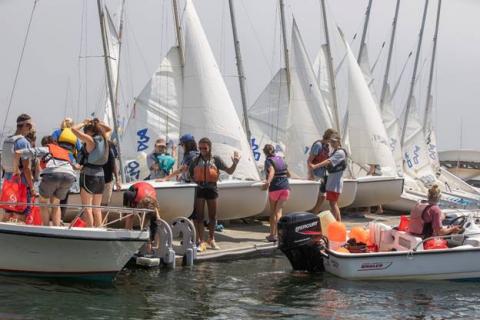 Youth racers will attend the CCC Skippers Meeting on Friday morning before their own Youth Regatta Skippers Meeting. They will race 420 dinghies in spinnaker and non-spinnaker classes in Camden Harbor, just west of the CCC race course. Post-race recap to be conducted by Chris Howes of Doyle Sails.

The CCC Youth Regatta is part of the 5th edition of the Camden Classics Cup, July 29-31. More than 90 boats have registered, making this the largest fleet since the regatta began in 2016. It was not held in 2020. For a complete schedule and more information go to: www.camdenclassicscup.com