By Rob McCall
“The Great Stories are the ones you have heard and want to hear again. The ones you can enter anywhere and inhabit comfortably. You know how they end, and yet you listen as though you don’t. That is their mystery and their magic.” —Arundhati Roy

Maples and birches have mostly lost their leaves to high winds and heavy rains, while the beeches and oaks still hold on to theirs, not ready yet to let them go. Many an old tree has also fallen in the past couple of weeks from near-hurricane-force winds along the coast. The cleanup continues with the buzzing of chain saws and lots of free firewood for the resourceful. A few frosts have slowed or stopped the gardens, but kale still abounds and seems to get sweeter as the weather gets colder.

Your commentator is still picking up drops under wild apple trees along the roadsides to take home and try out for breakfast. What a wonderful sampling of the works of nature and our forebears who carefully grafted and tended these old varieties that now grow wild and untended. These heritage apples reach their sweetest about now. As does the smell of woodsmoke on a frosty morning. It is a rich season.

These November days we are witnesses to the unceasing meeting of cold and heat. We wake to the chilly sight of hoarfrost covering the green grass and low-lying wild plants—shining and sparkling like diamonds in their crystalline coats, stirring winter memories. But as soon as the sun moves above the tree line, the frost vanishes, the grass is fresh and dew-damp, and thoughts of summer come flooding back. Little runnels and rills glaze over and fall silent at night, beginning to chatter and chuckle again when day returns. Winter takes two steps forward while summer takes two steps back, switching back and forth in this most ancient dance.

Now that the leaves are mostly gone two kinds of wild berries stand out boldly along the roadsides: winterberry and bittersweet, red and orange. Oriental Bittersweet (Celastrus orbiculatus) is scorned by horrified horticulturists as a highly invasive species that climbs native trees and smothers them to death, but is loved by birds who eat its orange and yellow berries, and by decorators who make wreathes with its pliable vine. It fully lives up to its name: “bitter” for its strangling habits and “sweet” for its beautiful berries. Bittersweet grows mostly on the margins along roadsides and yards. It does not smother whole forests, but only an occasional tree near human habitations. All it takes is a little pruning to keep it under control and keep both the birds and the horticulturalists happy.

Winterberry (Ilex verticillata) is America’s native holly, though unlike English holly it has no thorns and loses its leaves. And what a year this is for
winterberry! The roadsides are aglow with its crimson show. Soon it will be tucked into flowerboxes all over Maine, with balsam boughs and pine cones. According to the USDA, some 48 species of songbirds love winterberry, as do snowshoe hare, white-tailed deer, and moose. I have seen flocks of robins giddy from gorging on the fermented fruit. They were having so much fun, I decided to try the berries myself, leading to the conclusion that robins have no taste buds; they just want to have fun.

The tides do a dance similar to the seasons, but on a smaller scale. Twice a day the shore yields to the sea and the sea to the shore. Oceanographers tell us that the place between low and high tides is among the richest and most diverse of eco-systems on this watery planet.

It’s about firewood right now. In bygone days, we might have expected that everyone would have their firewood stacked and under cover by the first of December, but this fall has been long and warm, and industrious woodsmen are still cutting and delivering fuel for the season ahead. Having a good woodpile on hand gives Mainers a feeling of independence and security. You don’t have to depend solely on fossil fuels sold on the world market. You can stay warm when the power goes out. You are using a renewable resource. And you are supporting the local economy and creating jobs.

Nothing can match the exercise of working up your wood, or the penetrating heat of a wood fire. Wood warms you twice, they say—once when you stack it and once when you burn it. And it warms you a third time when you smell that sweet, spicy smoke on a frosty morning. That’s the story on firewood. 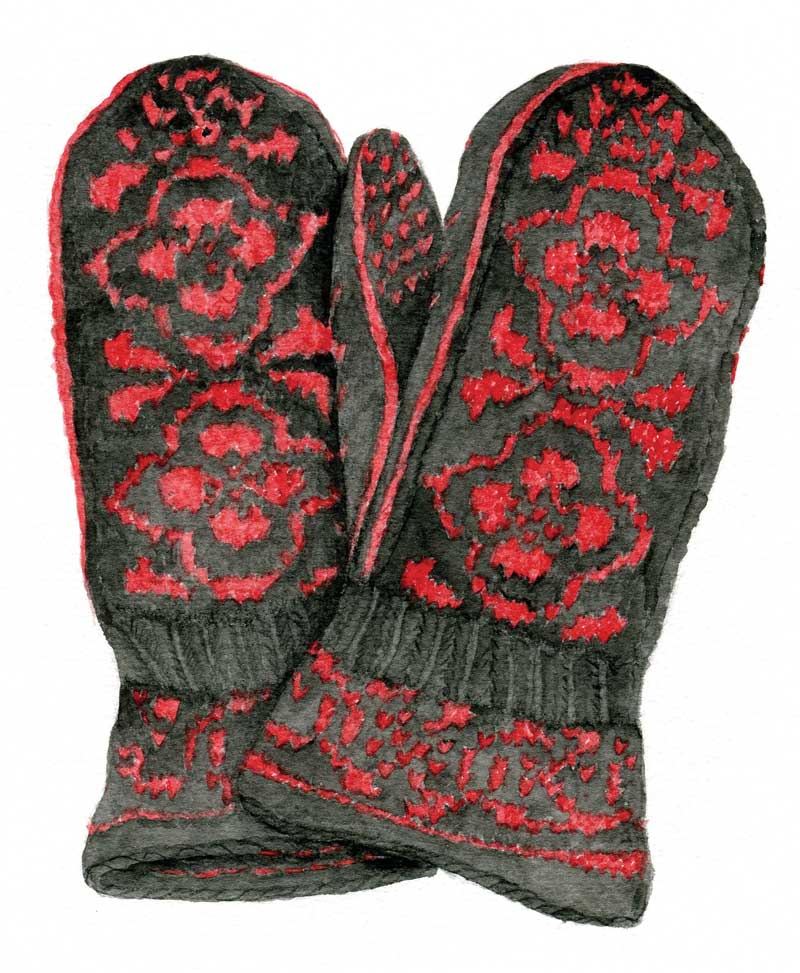 Going out to the woodshed after dark this past week I heard two tardy Canada geese overhead, honking their way southward under a full moon. I honked a farewell back to them. The next day friends came by for tea and apple crisp to say goodbye before they headed south, too, part of the last wave of migration for the season.

There is a solidarity among those who “winter-over” here in Maine. After mid-October, when most of the seasonal visitors have gone, members of this hardy tribe catch up with each other at the store and the post office, sharing news and plans for spending the cold season right here: how we’ve winterized the house, whether or not to buy a generator this year, who will do the plowing, and the like. These exchanges strengthen community ties, because you never know when you might need each other.

Around here, the holidays are about that, too. We share food and cheer with our neighbors as a way of bonding together for the coming cold. We give warm sweaters, socks, scarves, and mittens. A couple of weeks ago I was going through the pack basket where I keep extra winter socks and found 25 pairs of wool socks from holidays past. They’ll make good gifts for this year.

While many species head south for the season, many winter-over right here with us. Though none throw wassail parties—so far as we know—they all have their ways of surviving. Bears go into their dens about now for the rest of the winter. They are true hibernators. Squirrels, skunks, mice, porcupines, raccoons, fisher cats, pine martens, otters, and beavers remain active like us through the winter months, reducing activity when the weather gets colder or when binge-watching Downton Abbey.

Perhaps the most wondrous wintering-over is that of the mourning cloak butterfly (Nymphalis antiopa). This frail and beautiful creature, with purple to brown wings edged in gold and lined with blue spots, somehow manages to survive the worst that a Maine winter can throw at it, and emerges on the first warm days in April battered but unbowed as the first butterfly of spring. For more on cold weather survival strategies of northern wildlife, the classic text is Bernd Heinrich’s Winter World.

Recently we had—Roll of Drums!! Fanfare of Trumpets!!—the first snow of the season! This long-anticipated meteorological event has delightful effects on creatures, especially those who have never seen snow before. This year’s white-tailed fawns seemed puzzled at first, sniffing and stamping, but were soon leaping and gamboling in the white stuff. Our old dog Quoddy used to love the first snow, bounding around like a pup, running in circles, and flipping little puffs of snow into the air with his nose.

The first snow is also a big event for ground-feeding birds, juncos, mourning doves, robins, jays, crows, wild turkeys. The larger birds can dig through the snow—very few snowdrifts can stand up to a hungry, scratching wild turkey with feet as big as your hands, and much tougher. And the jays always seem to be able to find the acorns they cached away over the past weeks. But the smaller birds may need some help.

The first snow can be both pleasure and pain for us upright two-leggeds, too. It can bring back a pleasurable rush of childhood and youthful memories and rekindle romantic fires even in an old couple together for more than half a century. At the same time, it can bring pain to sluggards when the uncovered woodpile freezes over or scattered and forgotten tools are lost under snow until the next thaw (perhaps not until spring), or to the plowman who waited too long and has to hook up his plow and fiddle with balky hydraulics with cold fingers while snow goes down his neck. That is why we are grateful whenever there is a long, warm fall, with the first real snow coming later in December. It gives us time to get ready for winter, even laggards like yours truly.

From Andrew Wyeth: “I prefer winter and fall, when you feel the bone structure of the landscape. Something waits beneath it; the whole story doesn’t show.”

Rob McCall lives way downeast on Moose Island. This almanack is excerpted from his weekly radio show, which can be heard on WERU FM (89.9 in Blue Hill, 99.9 in Bangor) and streamed live via www.weru.org. Sign up for Rob’s weekly Almanack sent via email at awanadjoalmanack@gmail.com.