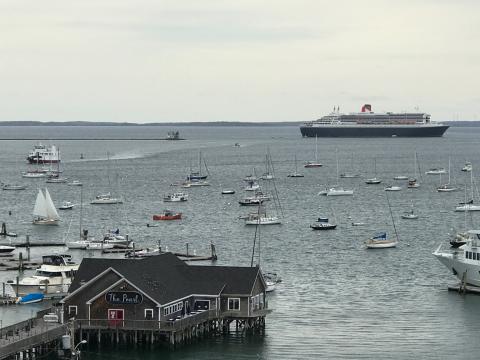 The 1,132-foot ocean liner RMS Queen Mary 2 (also referred to as the QM2) paid a visit to Rockland, Maine, on Sept. 25,. The largest passenger ship ever to visit the midcoast, the QM2 dwarfed the breakwater, the local ferries, and all the other boats in the harbor power and sail, including a much smaller American Cruise line vessel Independence (222 feet), which was berthed at the town dock.

At the time of her launch in 2004, Queen Mary 2 held the distinctions of being the longest, at 1,131.99 ft, and largest, with a gross tonnage of 148,528 GT, passenger ship ever built. She no longer holds this distinction after the construction of Royal Caribbean International's 154,407 GT Freedom of the Seas in April 2006. The ocean liner can carry 2,691 passengers with a crew of 1,292, according to Cunard. 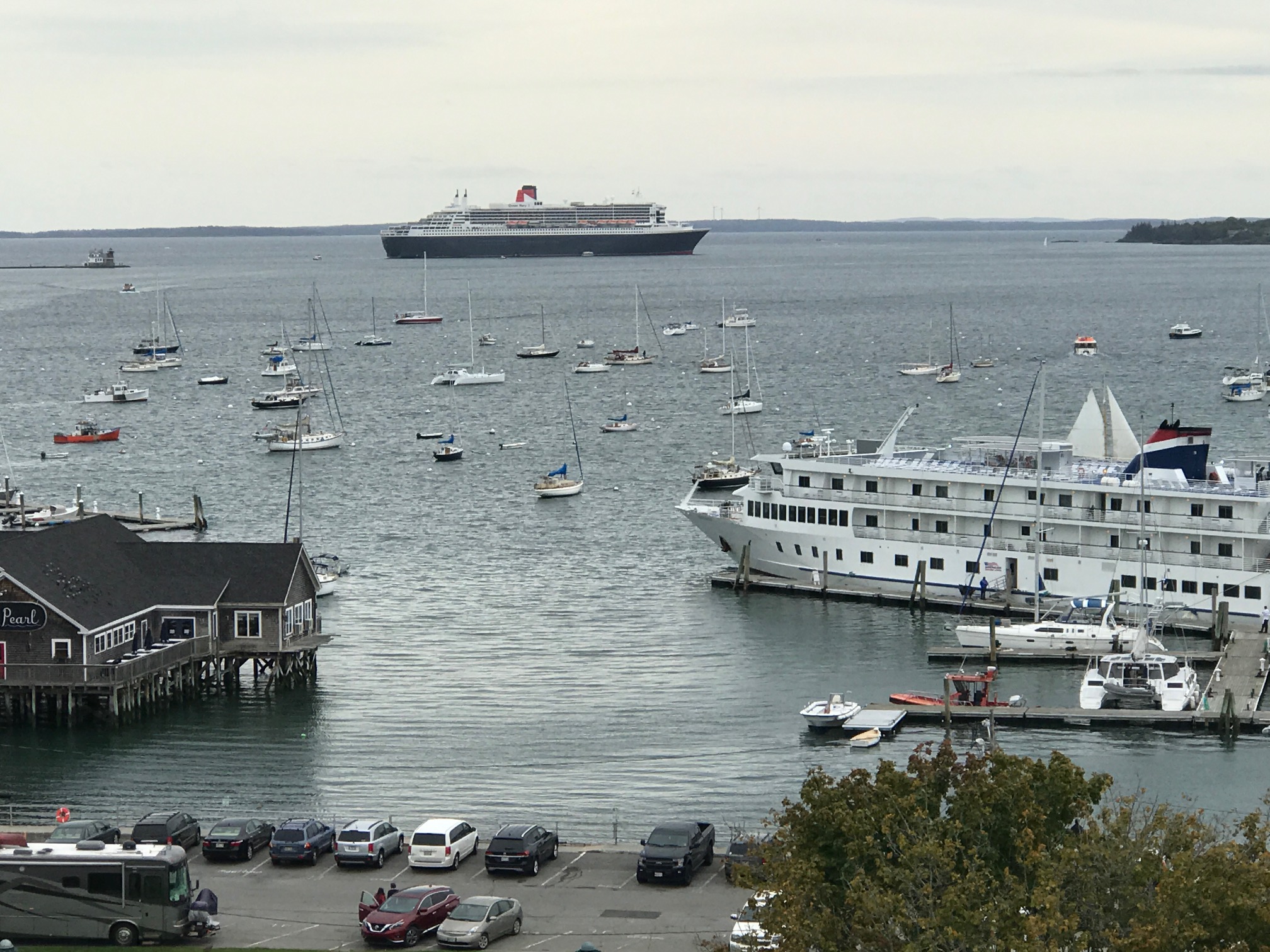 The liner’s facilities include fifteen restaurants and bars, five swimming pools, a casino, a ballroom, a theatre, and the first planetarium at sea, as well as a kennel. According to information on the Cunard website, the QM2’s last port of call before Rockland was New York. Her eventual destination on this 11-day New England cruise is Quebec, where she is due to arrive on Sept. 29. She arrived in Rockland at around 7:30 in the morning and was scheduled to leave at around 6 p.m. that evening. The ship was anchored between the Breakwater and Owls Head and a small fleet of pod-like launches transported passengers to and from the public landing for most of the day.

We are here and we're hard at work on the next issue!