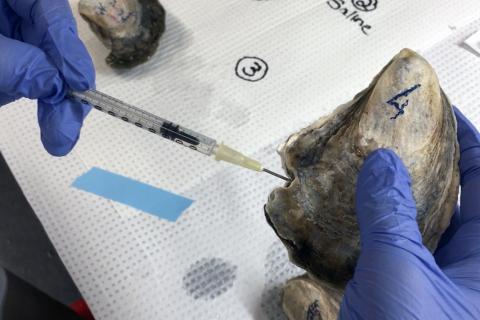 Shellfish like oysters and mussels have the potential to revolutionize human health research, according to a new study.

“Model systems like mice and flies have been invaluable to biology, but there is no such thing as a model system that can answer all the important questions,” he said in a press release from Bigelow. “There is a lot of potential for bivalve research to offer unique insights into new solutions.”

One promising application is the development of new techniques for fighting diseases from the flu to cancer. Just like humans, oysters are exposed to bacteria and viruses, but oysters fend off these pathogens without the aid of antibodies, the proteins that mammal immune systems use to attack disease. Clams sometimes contract a contagious cancer, which they can cure themselves of — also without antibodies. Learning more about these unique defense mechanisms could inspire new treatment options for human pathologies and diseases.

“Clams don’t have chemotherapy or radiation, and somehow they are able to get rid of cancer,” said Fernández Robledo. “How on earth do they do it? Their strategy can give us clues about how to fight cancer in humans.”

Studying immunity in bivalves could also help researchers find an alternative to antibiotics, potent drugs to which pathogens are increasingly becoming resistant. Mimicking the antimicrobial compounds that mussels produce may yield new drugs for humans and livestock, which could provide a much-needed pharmaceutical alternative. The study also identifies that oyster research could also inspire new biomaterials, inform toxicology research, increase understanding of the human microbiome, and improve methods of aiding bone growth and repair.

“Sometimes you find incredible new things when you start comparing different organisms,” said Fernández Robledo. “I believe we will find things here that will translate into discoveries for humans.”

Fernández Robledo’s team is working to develop the molecular tools needed to probe bivalve genomes. Researchers recently sequenced the oyster genome and found it to have 28,027 genes, but they don’t yet know what most of these genes do. Developing genetic tools will allow researchers to connect the information contained in the oyster genome to the function of those genes, called the oyster’s “phenome.”

Adrienne Tracy, a Colby College student in the 2018 Changin Oceans semester program at Bigelow, recently was able to introduce DNA into oyster blood cells in Fernández Robledo’s biosecure laboratory. This critical step is opening the door for testing hypotheses about the function of specific genes and further exploration using tools like CRISPR/Cas9. Fernández Robledo also hopes to develop an oyster cell culture that would enable researchers around the world to work from a genetically uniform stock, allowing them to compare results directly. 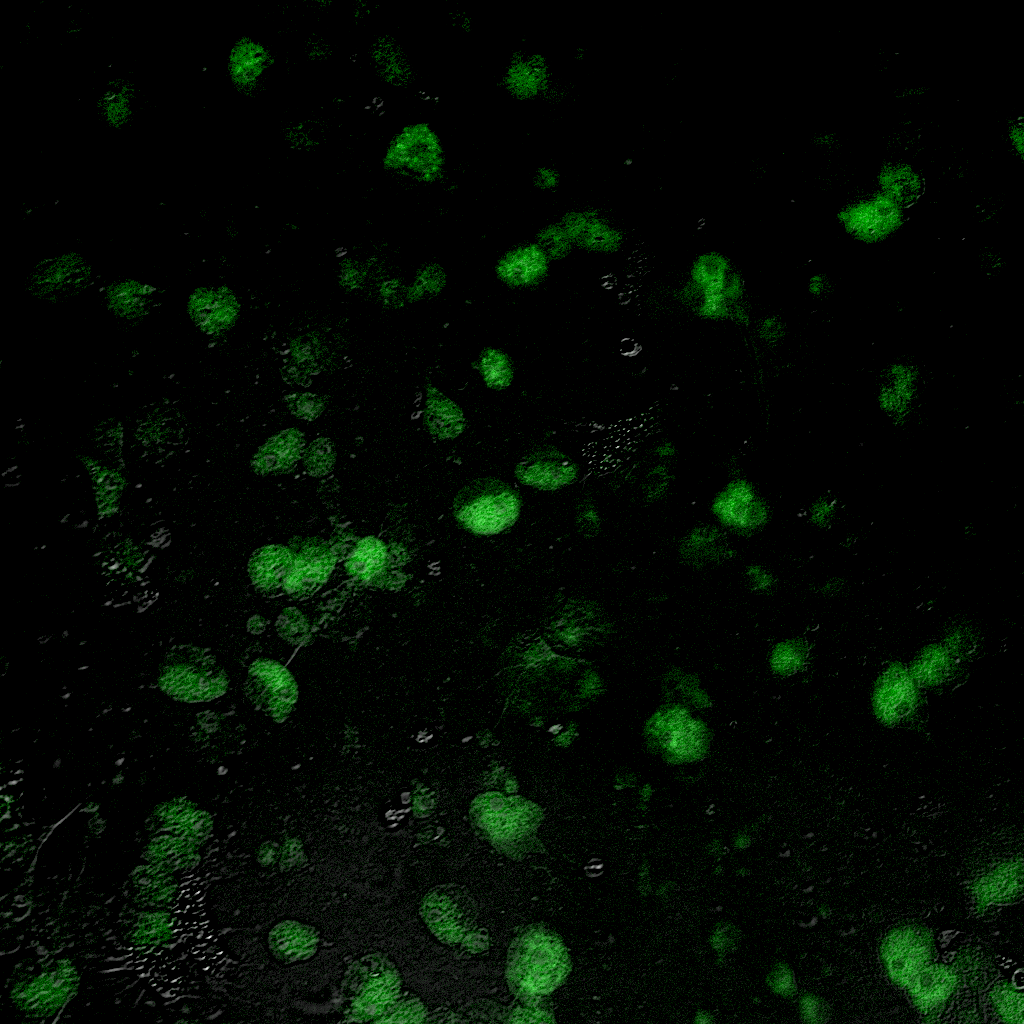 This research can also benefit the shellfish aquaculture industry. As his team is able to probe the oyster genome further, Fernández Robledo plans to write recommendations that help guide farmers and hatcheries who want to selectively breed their bivalve stocks for resistance to disease or other characteristics like strong shells and rapid growth.

“Oysters are more than good to eat,” Fernández Robledo said. “This research will allow us to unlock their potential as a model system that helps us innovate and improve human health.”

The lower photo shows oyster blood cells glowing after researchers added a gene labeled with a green fluorescent protein to the cells in a biosecure laboratory.