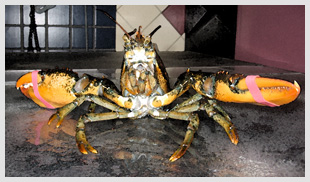 Photo by Melissa Waterman
By Melissa Waterman I like this time of winter. I know, I know, March comes in like a lion – we’re due for all sorts of icy howling storms and slush flowing like a river. Still, there’s one very good thing to say for March: sunlight. We are creeping ever closer to the spring equinox, when we’ll enjoy 12 hours of sunlight and an equal 12 hours of daylight. And where there’s sun, there’s life. particularly in the ocean. You and I might respond to these longer days with a general feeling of optimism and good humor. For the ocean’s phytoplankton, light means life. Phytoplankton are organisms drifting in the sea that convert carbon dioxide, water, dissolved nutrients, and sunlight into the sugars they need to grow and thrive. A byproduct of this process is oxygen. No light -- no photosynthesis -- no oxygen. Among the many types of phytoplankton are diatoms. Diatoms can be called the armored knights of phytoplankton because each one comes encased in a silica shell. Under a microscope these shells are bewildering in their variety and beauty, like bizarre architectural marvels from another world. Many a gardener beset by slugs is familiar with diatoms, though few know it. Diatomaceous earth is made of fossilized diatoms dug from ancient lake and ocean beds; the crushed silica shells of diatoms make a sharp and piercing barrier to soft-bodied garden pests. What I find so interesting about diatoms is that they are gluttons for carbon dioxide, one of the more significant gases that is contributing to climate warming. Researchers have found that diatoms suck up nearly as much carbon dioxide as all land plants combined. That’s a lot of engine exhaust. Diatoms are such great carbon dioxide devourers for several reasons. To begin with, there are a lot of them in the ocean. A diatom will double itself about once a day; in a month it will produce 100 million descendants. Diatoms get the energy to procreate madly from photosynthesis. A diatom’s intricately designed shell gives it a larger overall surface area; there’s more area on which sunlight can fall, thus the diatom has more aggregate sunlight with which to photosynthesize. So then your question might be, how do these wildly energetic organisms drink in all that carbon dioxide? After all, it’s a gas in the air and they are muddling about in the ocean. This is where the lowly little diatom becomes truly intriguing. Carbon dioxide in the atmosphere comes to earth dissolved in rain or snow. When it falls on the ocean or a lake, it turns into bicarbonate (think seltzer water). Most plants can’t use bicarbonate. But diatoms can. They have an enzyme that converts bicarbonate dissolved in the ocean back into usable carbon dioxide. And then they eat it up. Pretty clever! Scientists are taking a good look at diatoms these days because of global climate change. When a diatom dies of old age (it has a six-day life span) it sinks through the water column to the sea floor. With it goes all the carbon it has ingested. Over the years these dead diatoms get buried by sediments, in essence locking away that carbon from the atmosphere. Of course, many eons in the future the diatoms may be resurrected as oil or diatomaceous earth. But for us, right now, these little armored knights are keeping the atmosphere from choking even more quickly on excess carbon dioxide. If carbon dioxide falling on the world’s oceans and lakes increases in volume, can the diatoms keep up? That is the question that troubles many oceanographers and climatologists. Meanwhile, be thankful for March’s longer days of sunlight. Out in the Gulf of Maine, the diatoms are gearing up for another season of gorging on our ever-increasing carbon dioxide. Yum, yum!