When sounds pass through water

I attended a concert of guitar music recently. In the dark hall the three talented guitarists sent the notes bouncing off the walls, straight to my ears and in some cases, my stomach. The lower the note, the more I felt it reverberating in my rather empty belly. It’s a situation I’ve often had repeated on Main Street in Rockland, when an over-amped car with the windows down booms its rapping way between the high brick buildings. The bass notes thump through my feet into the various hollow parts of my body whether I like it or not. 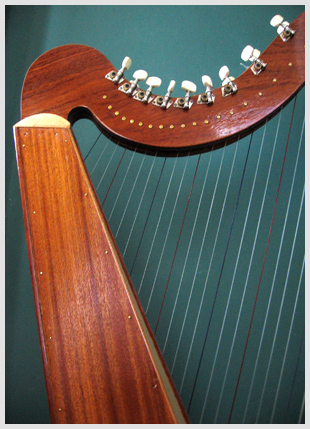 Why do we feel music? It turns out that sound waves, unlike light waves, move via compression and expansion. The very delicate structures in our ears detect these accordion-like compressions and expansions as changes in air pressure. That’s why sound, rather than light, can cause vibrations in our bodies; it’s actually changing the pressure of the air it passes through, some of which is contained within our bodies. Now, what happens to sound when it passes through water? We all know that water is considerably denser than air. Think about striding through waist-high water, then striding through air. There’s a big difference. So one would assume that sound would slow down in water. In reality, it speeds up. The denser the medium, the faster sound waves travel. In the ocean, sound waves take their cue from the temperature and pressure of the water. Colder water tends to be denser than warmer. Deeper water is under more pressure than surface water. So, while sound waves move along much faster in water than air (1500 meters/second in seawater versus about 340 meters/second in air), just how fast they move depends on the characteristics of the water they pass through. Keep in mind that the ocean is not a uniformly mixed trough of water. Just like a giant Jello parfait, the ocean is made up of layers of water that don’t mix with their neighbors. They have different temperatures and sit at different depths in the ocean and thus, when sound waves pass through them, the sound moves at different speeds. Enter the Cold War. During the 1950s two scientists at the Woods Hole Oceanographic Institution on Cape Cod were messing around with dynamite. They were searching for ways to help the U.S. Navy detect submarines at a distance. In an experiment they detonated one pound of dynamite underwater off Bermuda; to their amazement the sound of the explosion was heard 2,000 miles away in the waters off West Africa. How could sound waves travel so far without dissipating? The key to the mystery was a channel of water in the world’s oceans that scientists named SOFAR (Sound Fixing and Ranging).

Remember that the ocean is a giant Jello parfait, full of layers that have different temperatures and salinity and lie at different depths. As water temperature decreases, the speed of sound decreases; as depth and hence pressure increase, the speed of sound increases. Sound waves bend based on the qualities of the water they move through. Therefore, a sound wave traveling through colder water tends to bend downward as its speed decreases. After a while, as water pressure increases with depth, it will speed up and thus bend upward until it hits the colder water above it. Then the cycle begins again. This up-down-up-down bending of sound waves allows the sound to travel tremendous distances without losing significant energy. “Wow!,” said the various Navy intelligence people and associated scientists, “A new way to eavesdrop!” The Navy promptly set up the Sound Surveillance System (SOSUS), which deployed a world-wide network of underwater hydrophones using the SOFAR channel. The channel runs at different depths in different oceans. It is deepest in the subtropics and lies at or near the surface in high latitudes. At low and middle latitudes, SOFAR runs between 600-1,200 meters below the sea surface. By using the SOFAR channel for listening in, the Navy reportedly could detect less than a watt of sound wave energy from several hundred kilometers away, a level of detection that told them how many propellers were spinning on a submarine. After the close of the Cold War, the Navy decided to allow scientists to use its SOSUS system for research work. In 1991 it declassified the system and oceanographers quickly made use of the global network to investigate a multitude of topics: underwater volcanoes, seismic activity, plate tectonics, the Mid-Atlantic ridge, you name it. Music is a wonderful thing. It still amazes me that my mind and my body can be so delighted by one activity. Still, as the thump-thump-thump of rap music from passing cars reminds me, sound also can hurt. Even the low tones of guitar strings felt in the darkness of a concert hall would quite likely be painful if heard underwater. I wonder what the denizens of the deep feel as our cacophony of motors, explosives, and other devices reverberate for thousands of miles through the SOFAR channel.