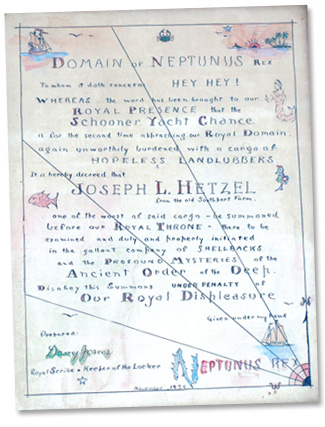 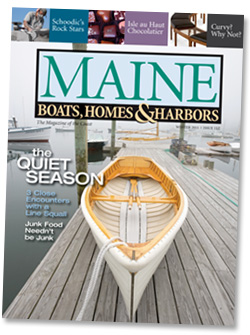 Issue #112 Corrections: The full name of the skiff on the cover of issue #112 (shown at right) was the Sadie Lewis Webb, built by Richard Stanley, Great Harbor Boatworks, Southwest Harbor. In the same issue, we incorrectly said that furniture maker David Margonelli’s work was influenced by the Quakers, when in fact it was influenced by the Shakers. In an attempt to depict the challenges of life on a remote island in our story on Isle au Haut’s Black Dinah Chocolatiers, we gave the impression that there is “barely a store” on the island. In fact, the well-stocked Island Store is open seven days a week in summer and serves the local community off season as well: www.theislandstore.net. Oh yes, and we’ve been assured that packages are regularly delivered to Stonington by both UPS and Federal Express.