By Rob McCall
“Everything has its wonders, even darkness and silence, and I learn, whatever state I may be in, therein to be content.” —Helen Keller Dear Friends: Last year at this time, a rare rendezvous between one storm blasting eastward off the Great Lakes and another barreling up the Atlantic Coast brought us a blizzard of mythic proportions. It was the kind of snow storm that memories are made of. The wind was blowing a gale for the better part of two days, sending the snow sideways and causing white-out conditions for hours on end. Some of the fluffy white that finally settled in the back yard could have been blown there from Prince Edward Island for all we knew.

Illustrations by Candice Hutchison
On the windward side of our old house there was snow on the inside window sills, blown in around the closed windows. Along with the roaring winds the air was bitter cold, causing deadly wind chills. Yet at the height of the storm, a lonely nuthatch worked the downwind side of the big pear tree outside our kitchen window and a few hardy chickadees flew to the feeders and then blew back into the cover of nearby shrubs. The energy of the storm was so exhilarating that your commentator felt like an excited kid wanting to go out and play. So I bundled up and shoveled the walks again and again, while the cut I made through the growing drifts filled right up again behind me as I went along. It was a fruitless task, but so much better than sitting indoors waiting for the storm to end while the joints seized up and the arteries hardened. As we retired for the second night, the trees were still thrashing back and forth in the dark, the chimneys were howling, and the old windows rattled like some unknown nocturnal creature trying to get in out of the cold. When the storm finally broke on the third day, more marvels were revealed. There were drifts of four or more feet in some spots and other spots where the ground was blown bare. The trees were utterly bare of snow thanks to the fierce cleansing of the wind. The sky turned blue and the wind died, but not the plowmen. They finished up their work quite nicely and retired home for a good half day and full night of rest. Rank opinion You know, with all the talk these days of climate change and storms of the century, we’ve gotten pretty worked up about the weather. But your commentator has seen almost 70 northern winters and this storm left him with a feeling, not of anxiety, nor worry, nor fear, but of satisfaction and gratitude: satisfaction at having enjoyed another old-fashioned, full-fledged, gold-plated, star-spangled, rip-roaring nor’easter with all the trimmings, and gratitude that we still know how to keep the roads plowed and the walks shoveled and the heat and lights on and still make it to church or to grandmother’s house the morning after. It was a historic storm, the storm of the century. And we’re ready for another. Human nature report, late-February Have you been feeling testy lately, barking at your dog, whining at your cat? Is your complexion pale and wrinkled like last year’s turnips? Are your joints aching and your lips and fingers a pale blue? Do you have an urge to throttle your neighbors when they tell you about their upcoming six-week sojourn in Bermuda, or to flood their basement, turn off their power, and let it freeze while they’re away? Well then, friends, you may have the symptoms of advanced cabin fever, the seasonal disease that often infects Mainers this time of the year. Boredom + claustrophobia + deficient vitamin D + winter virus + end of football season = cabin fever. If you act quickly, you may be able to stop this debilitating disorder in its tracks. 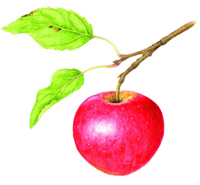 Illustrations by Candice Hutchison
Here are some cabin fever protocols you can try at home: Take a daily multi-vitamin and a teaspoon of elderberry syrup. Sprout lentils. Rearrange your bedroom and move your desk. Learn to play the banjo, and go to church, but not at the same time. Start pruning your apple trees. Take a sick day and a bubble bath. Apologize to someone, and tell someone else not to be such a ninny. Write a sunny, up-beat letter to the editor. At the grocery store, slip a $10 bill into an elderly lady’s handbag while she is looking over the cat food. Buy some silk bed sheets. Fill the bird feeder and put out some cracked corn for the blue jays. Light candles on your dinner table for people you know that are sick or sad. Over-pay your oil man to help someone else who needs oil. Eat a little less, walk a little more. Study colorful seed catalogs. Ponder the mystery whereby so many tender living things survive the bitter winter; and be thankful you have something to be thankful for. If this doesn’t cure your cabin fever, at least the neighbors will have their own indoor skating rink when they get back from Bermuda. You know I’m kidding, right? 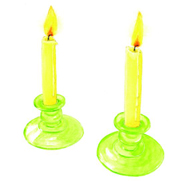 Illustrations by Candice Hutchison
Field and forest report, early-March Warmer weather has brought certain elusive creatures out of their winter dens in search of food, with sightings of fisher cats and ermines on the prowl. Ermines, fisher cats, minks, martens, and otters all are members of the weasel family native to Maine. The fisher cat, once nearly trapped out, has come back strong in many areas. It has a well-deserved reputation for ferocity and, like others of the weasel family, will sometimes attack a much larger animal. It also has a scream that can make your hair stand on end. Another sign of ending winter is the occasional whiff of a skunk venturing forth on nocturnal foraging expeditions. All these animals are not true hibernators, preferring to eat little and sleep a lot during the winter (like us), but always ready to go out exploring on a warm day or night. In the bird kingdom, the loud whistle of the tufted titmouse is another sign of the waning season. Though they have been around all along, their whistling is most noticeable during a thaw. It sounds like one boy whistling to another. On warmer days, the male cardinal does his own whistling to let the ladies know he’s awake. The downy, hairy, and pileated woodpeckers also leave their hollows in dead trees about now and start up their ancient fife and drum. And of course the cheery spring song of the chickadee reminds us that winter does not last forever. Natural events, mid-March It could change quickly, but spring seems to be bearing down on us fast. On milder days the pruning of fruit trees is underway. We walk past these ancient trees year round, and greet them as fast friends while they first show spring green, then bud out, then bloom to buzzing bees, then bear fruit, and finally drop everything and go to sleep through the winter. The basics of pruning entail cutting out dead wood, spindly straight-up growth, and any branches that grow sharply down. The goal is to open the whole tree to moving air and sunlight and keep fruiting wood evenly distributed inside and out. There’s nothing better than standing in the top of a big old standard apple tree on a sunny late-winter day, smelling sweet sawdust and watching the gulls wheeling overhead aglow with light reflected from the snow below. These trees are family. But more, they are emblematic of the best that humans can do with Nature. They are like the ever-bearing Tree of Life praised in scriptures and songs from all cultures for thousands of years. We care for the Tree of Life and it cares for us.   Seedpods to carry around with you From John Banister Tabb: “Are ye the ghosts of fallen leaves, O flakes of snow, For which, through naked trees, the winds A-mourning go?” From Albert Einstein: “The most beautiful thing we can experience is the mysterious. It is the source of all true art and all science. He who can no longer pause to wonder and stand rapt in awe is as good as dead. His eyes are closed.” From 13th-century mystic Meister Eckhart: “God is at home. It’s we who have gone out for a walk.” That’s the almanack for this time. But don’t take it from us—we’re no experts. Go out and see for yourself.
Yr. mst. hmble & obd’nt servant,
Rob McCall

Rob McCall is the minister of the First Congregational Church, Blue Hill, Maine. This almanack is excerpted from his weekly radio show, which can be heard on WERU FM (89.9 in Blue Hill, 99.9 in Bangor) and streamed live via www.weru.org. Readers can contact him directly via e-mail: awanadjoalmanack@gmail.com or post a comment using the form below.

A Portrait of the Damariscotta