“We are thankful to our Mother, the Earth, for she gives us all that we need for life… It gives us joy that she continues to care for us as she has from the beginning of time. To our Mother, we send greetings and thanks. And now our minds are one.” 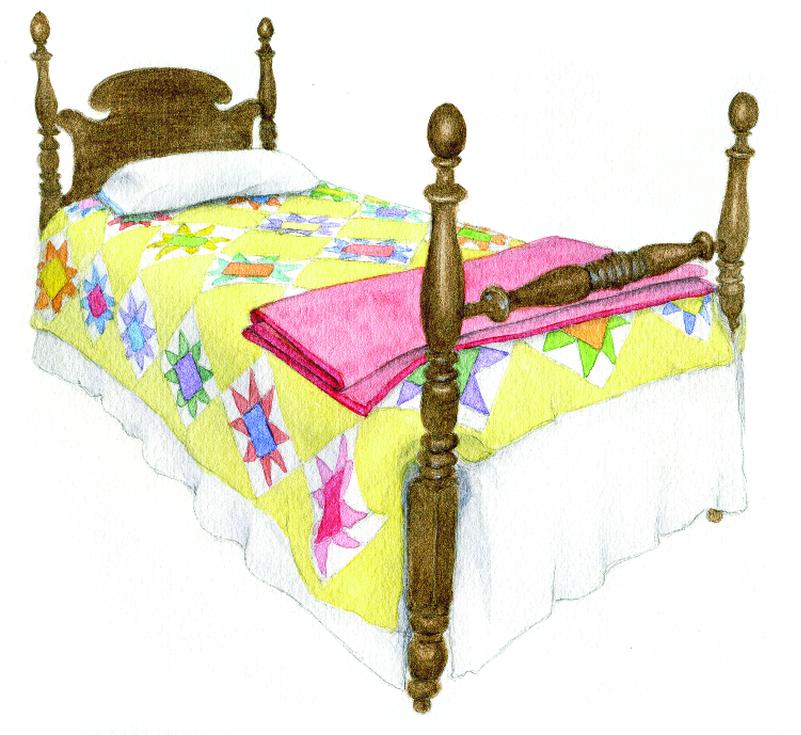 November is the time to toughen up for the cold months ahead. It takes some doing because a temperature around 40º Fahrenheit that felt downright balmy back in March feels a mite chilly in November after several months of soothing warmth. The birds molt and add new down. Deer change into their thicker and darker winter coats. Trees lose their leaves and draw most of their sap down to the roots. Insects load up on plant sugars to put anti-freeze in their veins, then find shelter in the ground or under the bark of trees.

Bears and other burrowers are either hibernating by now or fluffing up their bedding, while red squirrels are holed up in a hollow tree and gray squirrels add a bit more to their leafy nests high in the branches. Meanwhile, we fur-less two-leggeds throw another quilt on the bed and turn in a little earlier.

In Scandinavia, it is said, folks take to the steamy sauna and then run out naked and jump in a lake to harden themselves to the cold. Your commentator has been known to roll out of bed before dawn on a frosty morn and pad out the kitchen door in his pajamas and bare feet just to get his heart a-pumping and to alert every cell and corpuscle that the Great Bear of the North with his icy breath is coming over the mountains at us and we’d better be ready.

November winds fling showers of gold from the branches of the towering eastern larches that are now highly visible among the pointed fir and spruce in boreal forests. Called ‘tamarack’ or ‘hackmatack’ in these parts, this tree is the only deciduous conifer in the north woods, the only cone-bearer that loses its needles. And what a rich gold those needles turn when set aglow at dawn and dusk by the low angle of the sun, a treasure fit for the king of the forest. 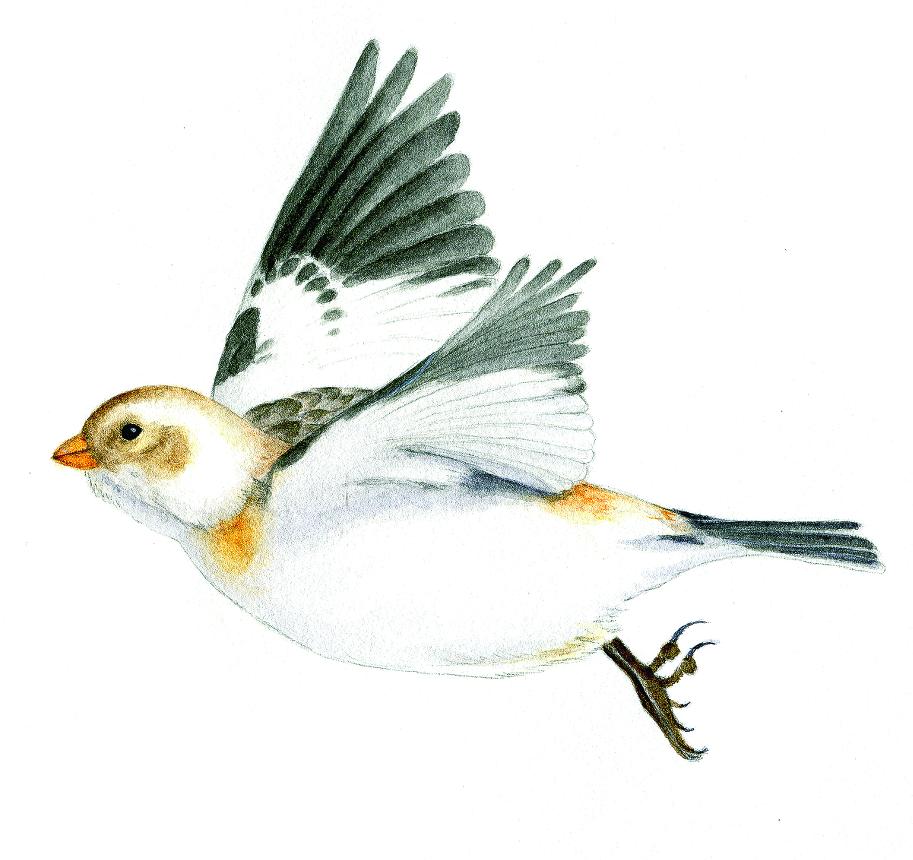 Various mosses and lichens are in their glory these days on the mountaintops, as they soak up the sun and rain that pours freely down upon them now that the leaves are gone from the hardwood trees. Reindeer lichen (Cladonia rangeferina), British soldier lichen (Cladonia cristatella), rock tripe (genus Umbilicaria), star moss (Tortula ruralis), and princess pine (Lycopodiun obscurum): their deep greens, pale grays, and dark browns are vivid and their delicate branchings look like a miniature forest seen from the air.

At the summit of Awanadjo—Blue Hill, “small misty mountain” in the Algonkian langauge—on a previous November day, we sensed the ghostly presence of snow buntings passing through on their way to their over-wintering grounds. These mid-sized birds, gingery with white markings, are nearly silent. They rarely perch in trees as there are few trees above the Artic Circle, where they originate and breed.

Most hardwoods have lost their leaves by now, though the beeches and oaks hold them longest most years. The frost is getting into the ground after wintry temperatures during this past quarter moon. Where the ground was wet during the day, crystalline fingers of ice push up out of the ground at night to melt back down when the sun shines again.

It is tipping season in the endless stands of balsam fir spanning the state. Out in the woods the pliable tips of this year’s and last year’s growth are snipped off (“tipped”) and tied together or bundled around a fresh-cut pole, then delivered to wreath-making shops large and small where the silky green branches will be formed by practiced hands into thousands of fragrant Christmas wreathes. In some of our coastal towns, a wreath is also thrown into the salt­water on Memorial Day to remember those who died at sea. The wreath is a holdover from ancient times when a circle made of evergreen boughs or wheat symbolized long life and fertility. The Puritans in England deemed wreathes to be pagan and had them prohibited and destroyed, but you can’t keep a good tradition down.

One good way to ensure the continuing popularity of just about anything is to prohibit it.

Lobstermen up and down the Maine coast are hauling their traps out for the winter after a season that began in the spring. One exception is Monhegan Island where the lobster season usually gets under way right about now. Canadians, too, are putting their traps in to catch the late-season lobster market now that most Mainers have pulled theirs.

The first snows bring back another joy of the season, a window into the minds and motions of the many creatures that winter over in solidarity with us up here halfway to the North Pole. There are the tracks of a crow circling a bit of scrap we had tossed on the ground; approaching, retreating, circling, and approaching again. There is the brush of his pinions etched in the snow where the tracks end and the wind raised him high with his prize. There are the tracks of deer who waited until deep dusk to wander shyly out of woods and into the orchard to forage for frozen fallen apples, pulling away the frosted grass to find the sweet treasure beneath.

Walking around town I often look up these days, watching the clouds move, or watching high-flying seagulls cross the face of the moon rising in the east. I also watch the weather vanes in town, marvelous works of the smithy’s skill in the village. They all have an elaborate, curlicue arrow that turns faithfully, year after year, to point into the wind: No batteries needed, no maintenance required. The weathervane on the cupola of the old Academy building is topped with a star, like a wizard’s magic wand. The one on the steeple of the Congregational Church is topped with a golden globe and a lightning rod. A lightning rod? Why would a church need a lightning rod?

In times past, everyone was involved in forecasting the weather, and the weathervane was the equivalent of today’s Weather Channel. If the arrow pointed to the south, you could expect warmer weather; if to the north, clearing and colder; if to the west, a change in the weather and possibly a storm. If the arrow pointed east, you might expect wet and nasty weather, and trouble for anyone out on the water. All this was fundamental to our ancestors. But even more fundamental was the iron cross at the base of the weathervane with its meridians carefully aligned to the four directions.

Though the cross is a religious symbol today, it is far older than any religion. For ages all over the world, the ancients honored the four directions, dividing the world into quarters, recalling the four elements, the four corners of the earth, and the four seasons. The power of the weathervane with its ancient symbolism expressed in its intricate, hand-made metal-work and its striking simplicity, recalls a time when weather was understood as an expression of the mind of God, a time when we could all together lift up our eyes to the skies to read God’s mind and know God’s heart. This ancient wisdom is not lost. It is still carried around with us, written in the hidden places of our own hearts. Look up and remember. Watch the sky and the wind and the weathervanes, and remember. Remember again the original language and work of the heavens.

Seedpod to carry around

From Henry David Thoreau’s journal, winter 1856: “The thin snow now driving from the North lodges on my coat. How full of the creative genius is the air in which these flakes are generated. I could hardly more admire if real stars fell and lodged on my coat.”