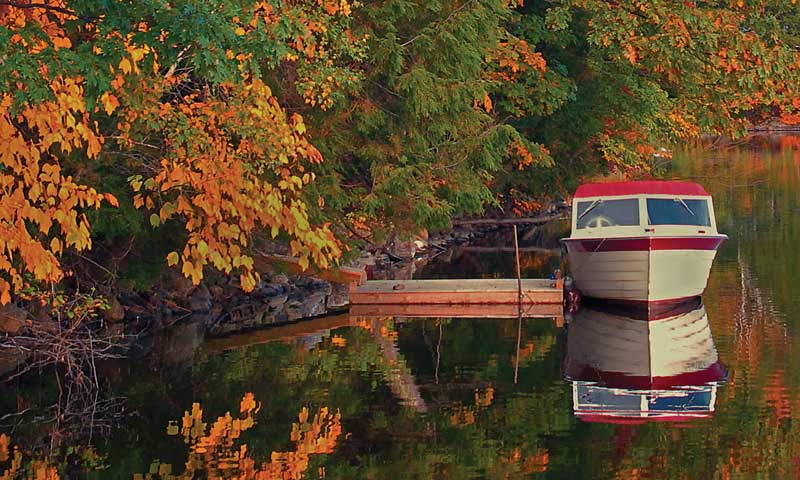 Autumns once were a time of winding down and enjoying the last, spectacular splendor of living on the Maine coast. The garden was finished and its bounty stored. Summer digs were closed up and all the bric-a-brac brought home. The boat stood dockside, decommissioned, and readied to be hauled and delivered to its winter retreat. The seasons had come full circle and you were done playing in the sunshine for the time being. Or were you?

Many autumns ago, I took a chance and followed the ospreys, the alewives, and the well-to-do south to more gentle climes and scenery. Since I was living aboard a rather elderly boat anyway, extending the summer seemed like a pretty smart idea. Autumn that year was a beginning more than an ending.

Hard data is scarce. No one really knows exactly how many Maine boat owners cast off from their home dock and head south for the winter—whether once in a lifetime or annually for years at a time. It’s certainly more common now than when I was doing it in the 1970s. My semi-educated guess would be a couple hundred depart from Maine each year, headed south.

Regardless of the numbers, I’ve found that those who have done it at least once end up viewing autumn in an entirely different light. A boat tied up dockside could just as easily mean a life-changing departure rather than the annual homecoming rite. Fiery maple leaves might no longer mean rooting around in the garage, looking for a rake. The weird inverted fogs created by cold air settling over warmer waters may conjure a singular autumn image of Maine, or hundreds of images between Cape Elizabeth and Hatteras.

In any case, every year part of me still wants to depart when the sunlight achieves a certain slant and fallen oak leaves litter the outgoing tide. To follow the ospreys, alewives, and others south includes more autumn beauties, some almost as spectacular as Maine. It’s not as snowy either.

But I no longer go south. Life has piled up obligations and various physical obstructions over the years. So I stay and enjoy autumn in Maine as it is. To anyone contemplating a departure, I say, go for it! To those who stay, that’s a good choice, too, because you really can’t lose with autumn in Maine waters.