While invasive plants may look pretty, their impact is anything but 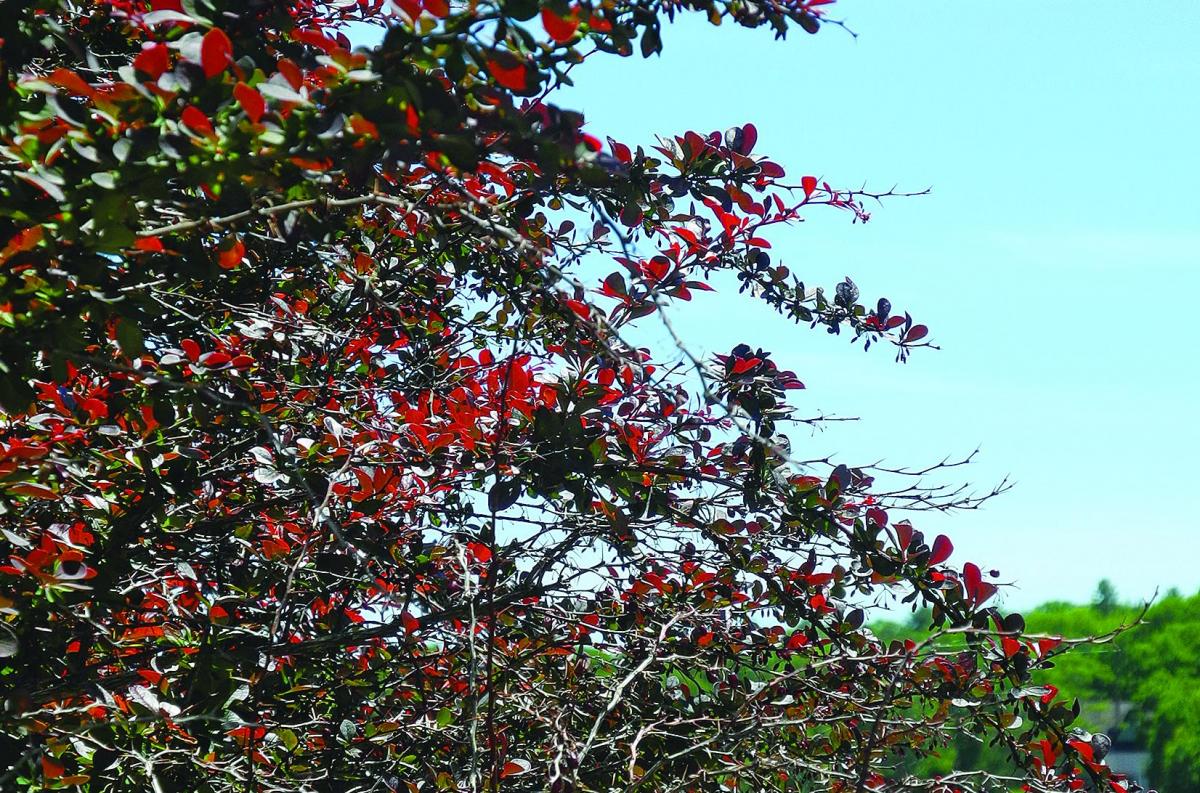 barberry You’ve heard that old adage about what it takes to be considered a Maine native: Just because the cat had her kittens in the oven that doesn’t make them biscuits. It takes many generations to be considered a native here, and while that sentiment alludes to people, it also applies to plants. 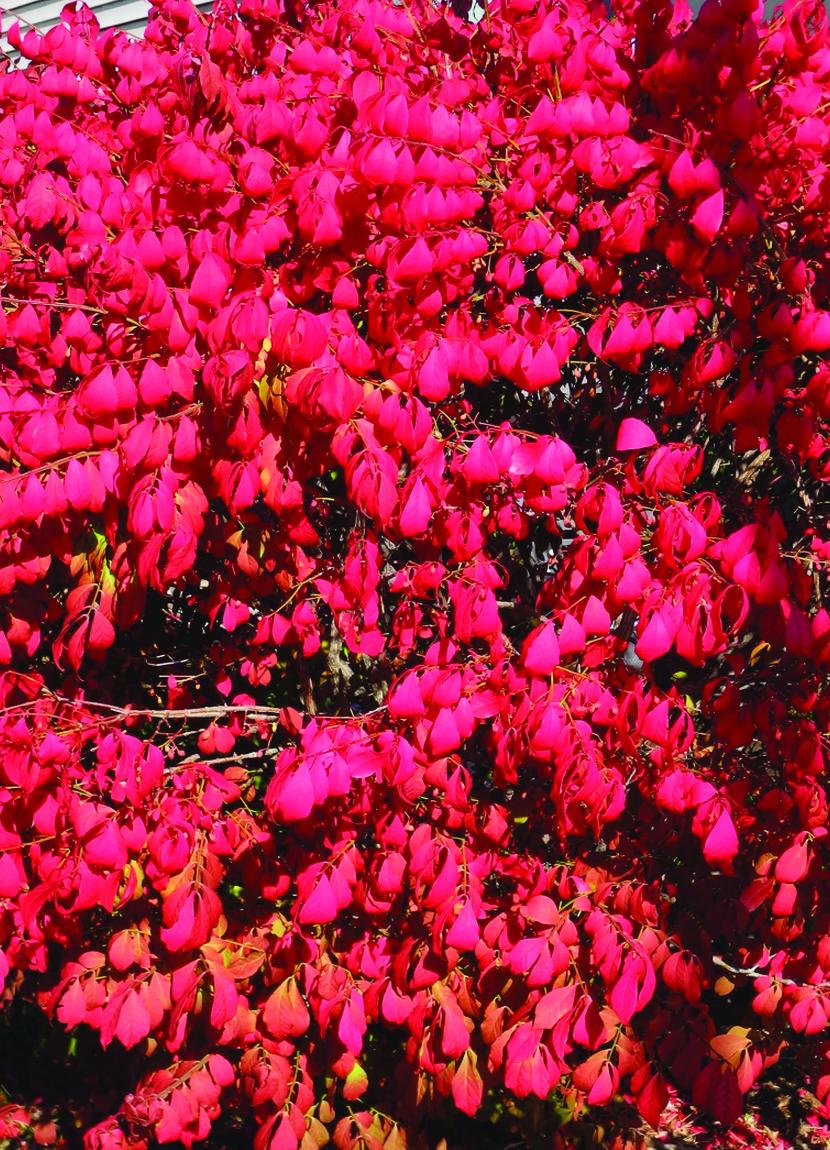 For example, each fall, the burning bush (Euonymus alatus) paints the landscape red with its flaming foliage. For some, autumn wouldn’t be complete without it. But this hardy shrub has helped ignite the smoldering issue of invasive species in Maine. Sadly it isn’t alone. The Maine Department of Agriculture has a list of almost 50 plants that it considers invasive or potentially invasive.

Burning bush, which is native to Asia, was introduced to Maine back in the 1860s as an ornamental. It continues to be promoted, sold, and planted in Maine, although sales have been banned in Massachusetts and New Hampshire. Today, dense thickets of the shrub displace native woody and herbaceous plants in a variety of habitats. Birds relish the fruits, and in turn spread the many seeds the bushes produce. Often hundreds of seedlings can be found adjacent to a parent plant. 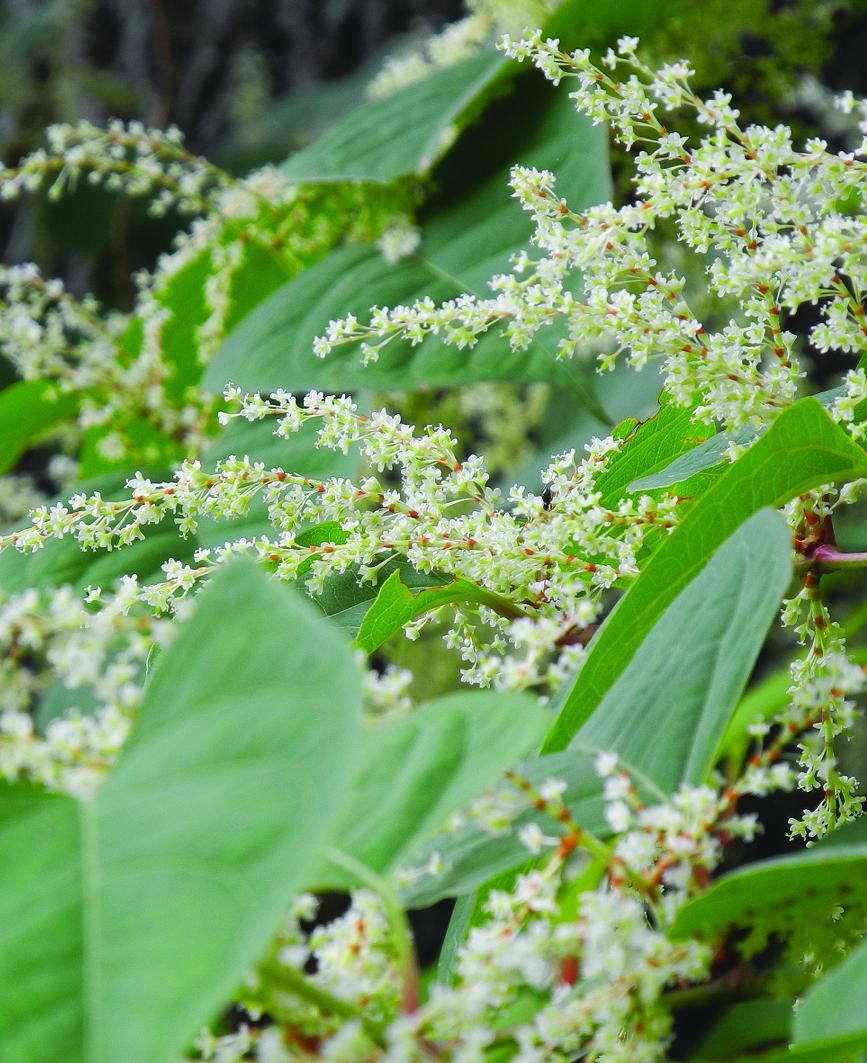 When it comes to invasive plants, no good deed goes unpunished. That’s certainly the case with multiflora rose. Unless you’ve tried pruning or clearing out one of the lusty, thorny bushes, you’ve probably never given this rose much thought. Most of the year the vigorous bushes simply blend into the background foliage. But drive down any country road in June, and you will be met with the delicate fragrance and drifts of tiny white blossoms that adorn miles and miles of multiflora roses. It is so prevalent and pretty that few would even suspect it is an alien. And that’s a problem. 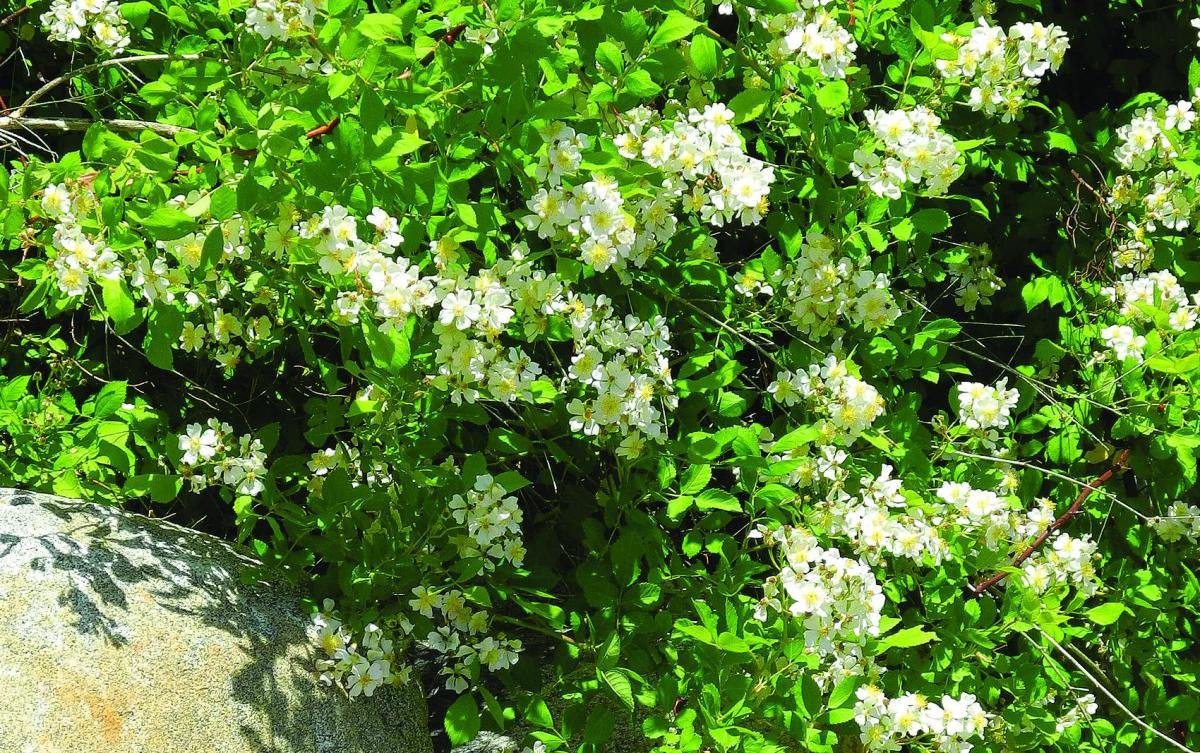 multiflora rose Planted throughout the state by the United States Department of Agriculture decades ago for erosion control, it is just another one of many invasive exotic plants, shrubs, and trees that are displacing native plant species and negatively impacting fragile ecosystems. Most people are often confused to learn that plants being sold in nurseries, such as Russian olive, burning bush, barberry, and the aggressive hardy kiwi are actually invasive and exotic plants. 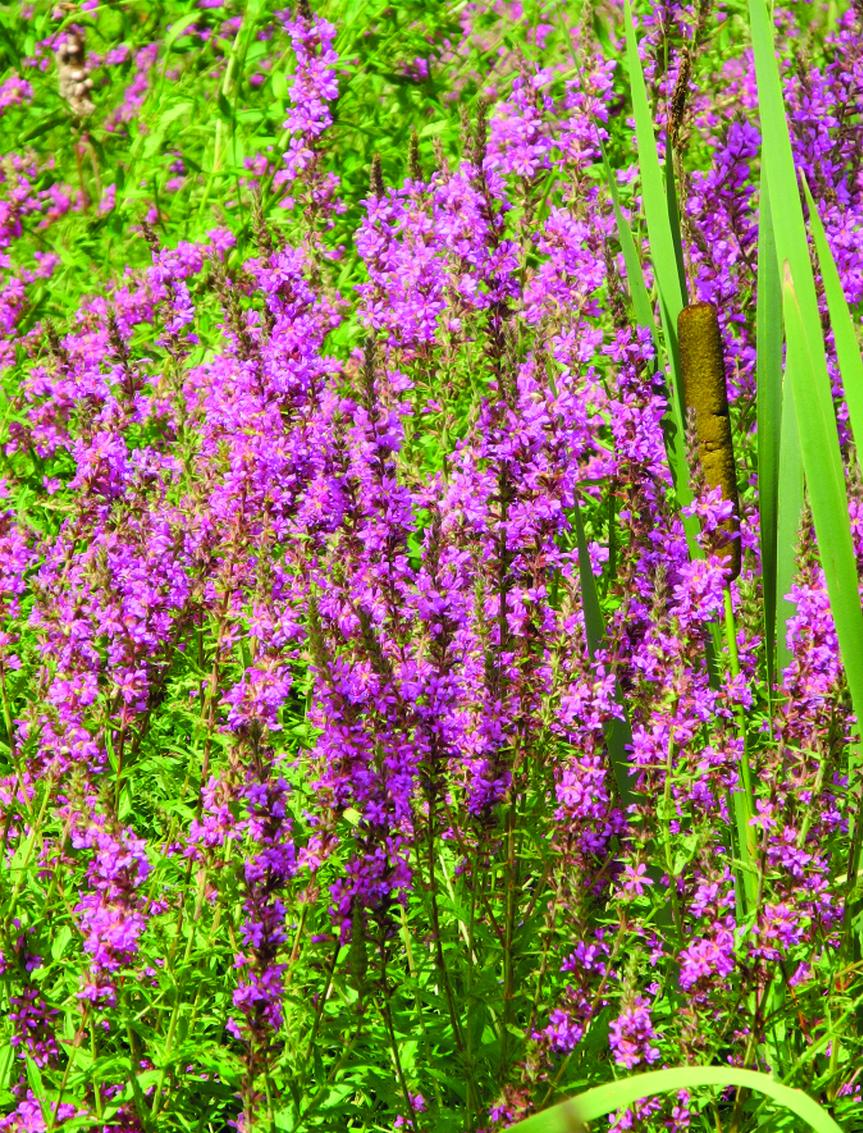 purple loosestrife While some states have established legal lists restricting the sale of invasive plants, Maine is only now starting to work on expanding restrictions. Currently the state only regulates aquatic invaders such as milfoil. Last winter the Maine Department of Agriculture’s Maine Natural Areas Program hired a biologist whose sole job is to control invasive plants, and a list of restricted plants is being developed.

The process is expected to take some time. In Massachusetts, a similar list took nearly a decade to implement. Yet considering that throughout the country a whopping 85 percent of a total of 235 shrubs classified as invasive were introduced as ornamentals, Maine’s list of restricted plants should become a welcome guideline for home gardeners and landscapers. 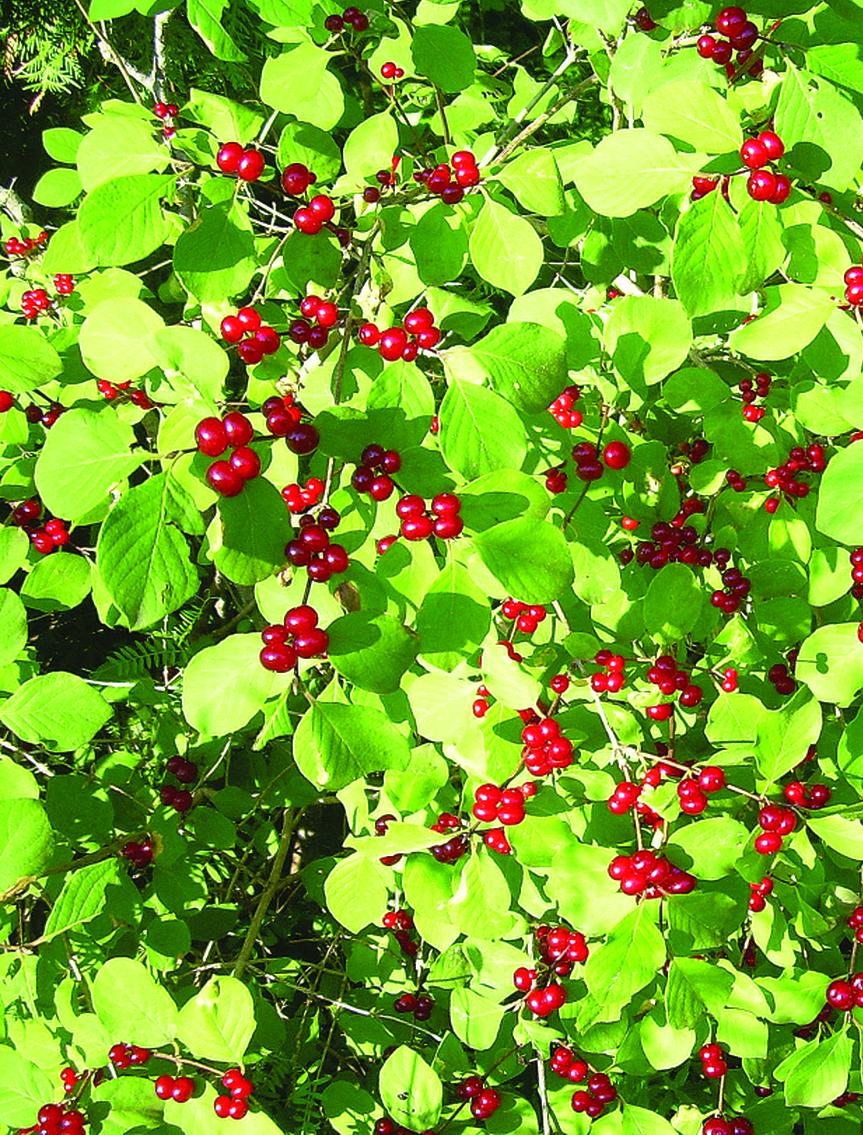 honeysuckle berries Plants have always been moved around—intentionally and unintentionally—by both humans and animals. In recent years, that rate of movement has increased at an alarming rate in both distances and numbers of species. Here’s what invasive plants have in common: They are non-native; they become established in natural eco-systems; and their establishment endangers that system. 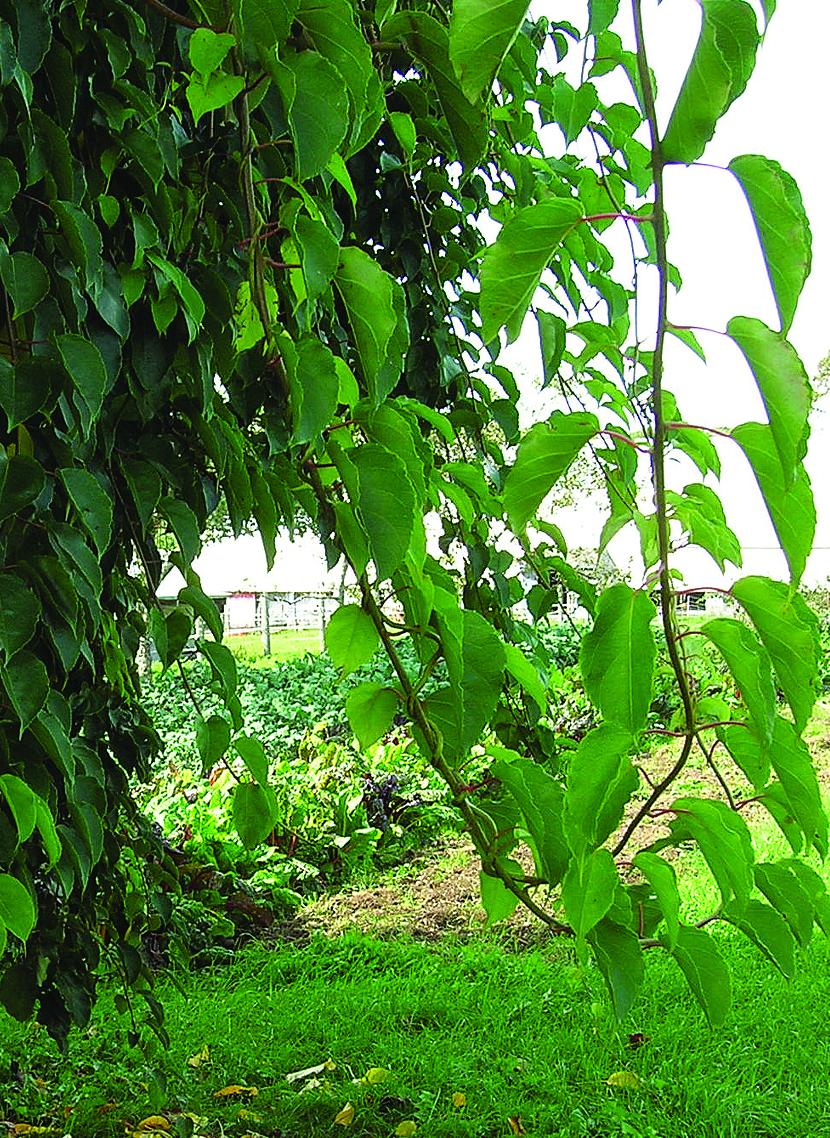 kiwi vines Aside from endangering rare plants and ecosystems, these invasive plants destroy natural food sources for wildlife. Native fruits and seeds are presented at various times of the year. When an invasive replaces all that variety, it restricts the food source. While many birds and other wildlife often find alien sources attractive, some studies suggest that not only does this help to spread the invasive plants, but also that exotic food source might not be as nutritious.

So what can we do? Removing or not planting suspect plants in the first place is a good start. Visit Maine Extension Bulletin No. 2500 at http://umaine .edu/publications/2500e for a link to a list of invasive exotic plants as well as suggested native trees, shrubs, vines, ground covers, and perennials for better choices. The interlopers are nowhere near as nice as either biscuits or kittens, and their threat to our wild places calls for a fight.

Contributing Editor Lynette L. Walther is the recipient of the Garden Writers Association’s Silver Award of Achievement. She gardens in Camden, Maine. Her blog can be found at: gardeningonthego.wordpress.com

Corinne McIntyre and the Plein Air Painters of Maine