“Be a gardener, dig a ditch, toil and sweat, and turn the earth upside down, and seek the deepness and water the plants in time. Continue this labor and make sweet floods to run and noble and abundant fruits to spring. Take this food and drink and carry it to God as your true worship.”

New green is beginning to show on trees and shrubs up and down the coast. Daffodils are in bloom and dandelions too in sheltered southern exposures.

How do woody plants survive the bitter cold winters? Their basic strategy is to raise the sugar content of their sap and draw most of it down into the roots underground when the growing season ends and the cold winds begin to blow. Just enough is kept in the buds to keep them alive until the sun begins to warm the ground and the plant knows it’s time to pump the sap back up, we know not how.

During the winter, these tender buds on trees and shrubs are protected from the cold by tough bud scales that cover their soft flesh completely, sort of like us when we bundle up from head to toe to venture out into the snow. In spring, the buds throw off their cloaks and unfurl their leaves and flowers to the mighty sun, with a silent cheer for the season ahead. We do the same. On a sunny day we take off our jackets, maybe even our shirts, and sit in the sunshine with all new hopes, dreams, and plans dancing in our heads, and the old dog lying beside.

Field and forest report, May

Apple buds are just beginning to show their tiny green leaves here along the coast and daffodils are in bloom. Mosses and lichens now enjoy their hour in the sun before the leaves return them to the shadows.

Since 1978, the third full week in May has been designated as “Arbor Week” by the Maine legislature. Studies show that trees add to natural beauty, property values, and community spirit—as well as absorbing CO2, filtering the air for those nearby, and providing beauty, food, lumber, and firewood. This is a good time to plant trees in private and public spaces. Shovels ready! Dig! 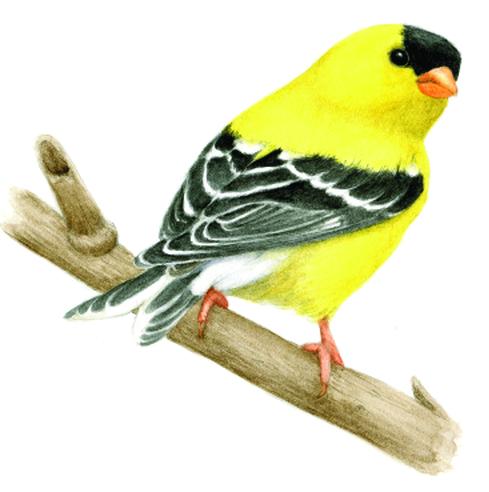 We are cheered by the return of the songbirds, even if they are of the most common varieties. When a dozen goldfinches mob the feeders and spangle the surrounding trees with yellow while waiting their turns, it is a delight to the heart, never mind that goldfinches are numerous everywhere. When crows drop in for popcorn, we watch them with wonder for their sociability, for their cleverness, and simply for their pure and shimmering blackness—no matter that they are one of the most widespread birds on earth. When robins come a’worming we watch them with pleasure as they cock their heads, bob and bend, and draw a wiggling worm from the ground.

Even squabbling seagulls deserve a measure of respect for their stately elegance: their smart gray-and-white uniforms that are impeccably clean despite all the garbage they eat, their brilliant yellow beaks with a bright red spot, their arrogant and withering gaze, their trumpeting call, and their grand wingspread and gliding flight. If gulls were not so numerous, Audubon’s apostles would come from all over just to observe them, but alas, there are just too many seagulls.

Serious birders, it seems, must look for the more charismatic species, the endlessly confusing warblers, the rare thrushes and wrens and finches, the once-in-a-lifetime sightings. Still, the Lord must love common birds, too, because there are so many of them. Never mind the celebrity songbirds. We wouldn’t trade one single bright and flittering goldfinch for six pallid Blackburnian warblers. 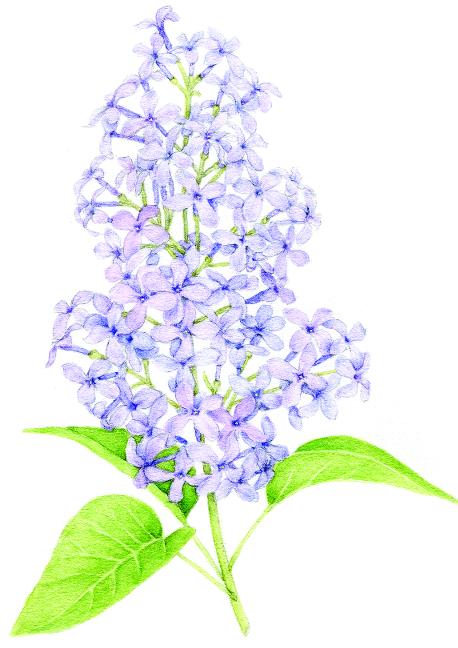 Shadbush (Amelanchier spp), also called Juneberry or Serviceberry, comes into bloom about now with its delicate white star-shaped blossoms on a copper background. This shrub has served for thousands of years as a wilderness food. The First People dried the berries and pounded them together with venison to make pemmican that would keep unspoiled for months and provide protein and energy while on the trail. Also coming into bloom are various types of wild cherry including wild black cherry (Prunus serotina) and choke cherry (Prunus Virginiana). Note that choke cherry can be poisonous to browsing animals.

Though it is still spring and some of the slower trees like the beech and the ash have not entirely leafed out yet, we see unmistakable signs that summer is around the corner. Along with the new green covering the Earth we see changes in the skies. The low gray overcast so often seen in winter and spring gives way to a pale Wedgwood blue, while billowing cumulus clouds sail like tall mountain peaks through the ether. The sun is different too. Instead of squinting at us from close to the horizon and throwing long shadows across the land, sunlight beams down now from far overhead, warming dark corners and leaving almost no shadow at noon time. The winds back around now to the south and west and are laden with the rich scents of blossoms and vernal pastures, instead of the fumes of 25 million petroleum belching chimneys. There is no aroma like that of an early June morning. Perhaps we’ll take some canning jars out to the fields and the shore and capture some of the precious perfume, then screw on the lids and bring them home to be opened and inhaled next February.

Shadbush is losing its petals and apples and lilacs are in bloom this week, calling on the bees, both wild and domesticated, to do their life’s work while they can. Thousands of hives are brought into the state of Maine at this season to pollinate our orchards and blueberry barrens. The work they do is crucial to our agricultural economy, though their numbers are sadly diminished by colony collapse disorder. Meanwhile, the wild bees—bumble bees, digger bees, sweat bees, miner bees—help out. Altogether there are more than 270 species of wild bees in Maine. It is critical that insecticides be used only when absolutely necessary to save the crop, or even these wild bees may be threatened. And it would help if consumers weren’t so fussy about a few bumps and blemishes on their apples.

The endangered North Atlantic right whale makes its home in the Gulf of Maine and is the subject of some mildly encouraging news:  Due to the hard work of many fishermen and others who love the sea, this whale’s numbers are slowly but surely increasing.  With a population down to about 300 in the early 1990s, this most endangered of marine mammals now numbers about 520, a fairly healthy recovery considering that females do not give birth until age nine or 10 and produce only one calf every three to six years.

In February, the National Oceanic and Atmospheric Administration announced that it was outlining much larger protected areas for this beleaguered Leviathan, extending its northern sanctuary between Cape Cod and Nova Scotia to over 21,000 square nautical miles. The chief causes of mortality for right whales are being struck by our boats and being entangled in our fishing gear. These are tragedies we can do something about, as long as the will is there.

From time to time we like to share some of the responses to the Almanack. From Kathie on Monhegan Island: “Hurray for hand tools! Three of us went to prepare planting beds for the farm—trowels, shovels, rakes, wheelbarrows; we could carry on a conversation and hear the sweet twitterings of the newly arrived swallows…  Later [we] will go out with scythes and harvest hay to use for mulch—lots of attention and lots wanting to try it; the rhythm of the scythe, the swish of the grass, and the neat way it quietly falls over—quite an experience!’ From Melissa on Prince Edward Island: “There is a willow along the road I travel to work. Every day I am reminded of the story of the young woman who is turned into a willow. This tree with its golden limbs covered in delicate green leaves truly looks like a person raising arm branches up to the sky.” From Peter in Michigan: “Planting asparagus today; moving some rhubarb … Seedlings doing well … Have not used a weed-killer in 40 years of gardening.” From George in Arizona: “Thanks for … assuring me that there are others on the same path through the wonderful forest.”

This year marks the 51st anniversary of the posthumous publication of Rachel Carson’s A Sense of Wonder. What is so pleasing in these messages from readers of this Almanack is the sense of wonder that nature and the changing of the seasons engenders in human hearts. These are all mature adults and yet the child-like joy and awe have not been extinguished by their years of life through storm and sun on this mortal coil. From that wonder grows the love of Nature and the desire to preserve the soil, air, and water for all creatures. Wonder is revolutionary.

From Rachel Carson: “If a child is to keep alive his inborn sense of wonder, he needs at least one adult who can share it, rediscovering with him the joy, excitement, and mystery of the world we live in.”

To those readers who caught our error in last issue’s column: Maine is not in a time warp and St. Patrick’s Day indeed still falls in March. We inadvertently rescheduled the holiday in our anxiousness to celebrate. —The Editors