“Summer was our best season: it was sleeping on the back screened porch on cots; or trying to sleep in the tree house; summer was everything good to eat; it was a thousand colors in a parched landscape.”

We are in peak wildflower season right about now, with many iconic plants in bloom. Fields and roadsides are filled with buttercups and daisies with some red clover mixed in. This combination of colors, smells, and textures can make artists swoon, botanists smile, photographers cheer, and the rest of us slip into a trance as the golden days of childhood flash before our eyes. 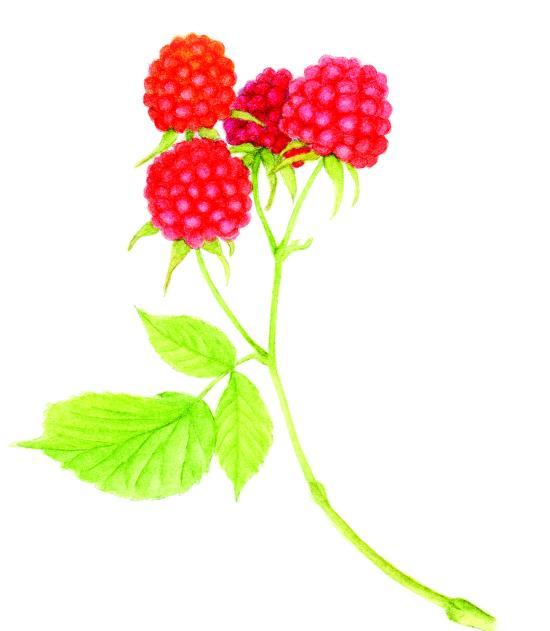 Up on the blueberry barrens, a heavy crop of berries is turning a pale misty blue and beginning to size up. When we think of Maine we naturally think of blueberries, but there are many more kinds all around us. Among Maine’s edible berries are blueberry, blackberry, bearberry, raspberry, huckleberry, elderberry, partridge berry, lingonberry, strawberry, and serviceberry—also called Juneberry. All are good in jams and jellies and most can be eaten out of hand or dried for later, and most are high in antioxidants.

A number of berries that you might not want to eat are valuable for other reasons. Bunchberry is our Northern dogwood. It has pinnately veined leaves and a four-bract flower like the tree, with only one flower per plant growing close to the ground. The berries grow in a cluster of bright red in late summer and are not poisonous, but have very little taste to them. Deer are fond of them. Bayberry is known throughout New England for its enchanting spicy fragrance and waxy berries that our forebears used to make aromatic candles. Saving the worst for last, we have barberry. This thorny plant has white pendant flowers and red teardrop berries and comes in several varieties with different colors of foliage. Here’s why barberry is the bad guy: It is invasive, its berries are poisonous, and it is associated with high incidence of Lyme disease as it provides ideal tick habitat. Barberry is, nonetheless, still sold for landscaping purposes. We suggest that you do not buy it, do not plant it, and if you find it on your property, remove it. 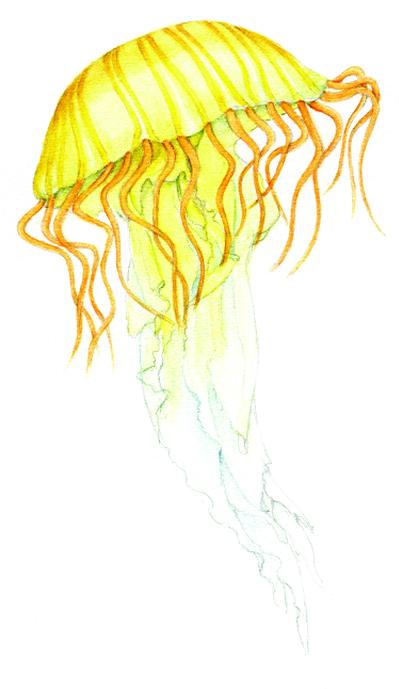 For the last several years in midsummer there have been reports of a jellyfish invasion in Maine with large numbers of these strange creatures floating close to shore. The Gulf of Maine is home to one large and two small species. The orange lion’s mane jelly can range from the size of a dinner plate to several feet in diameter. A specimen was recorded on Cape Cod in 1870 that was nearly eight feet in diameter with tentacles more than 120 feet long, and the lion’s mane does sting. This is the stuff of nightmares. The sting is like that of a bee, or like a swarm of bees. It can be painful but is rarely fatal to a healthy person. Both the whitecross jelly and the moon jelly are just a few inches in diameter, nearly transparent, and don’t sting.

To unexpectedly paddle or sail through a flotilla of these sea-borne creatures can be an unforgettable experience. Here are animals so different from us as to seem entirely alien: no eyes, no faces, no legs or arms or feet, no fur or hair, no front or back. Yet there they float silently and contentedly, feeding on plankton and thinking not a thought, like dream flowers or some primitive and archaic idea from the mind of the Creator made flesh and set loose to swim for eons slowly and majestically through the deeps, sojourners like us on a watery planet. Learn more about Maine’s jellyfish population in the feature article by scientist Nicholas Record HERE.

It can often be so dry by late summer that some of the wild cherry and mountain ash leaves start to turn red and orange early, as though they might be giving it up for the season. When we are lucky, along comes the much-needed rain—enough to soak the ground and leave some standing puddles, and raise some shouts of joy round about.

Despite all of our knowledge and technology, humankind has still not learned how to make it rain dependably, though cloud seeding with silver iodide may increase the chances of rain if the clouds are there. There is also a good deal of folklore about it. The rain dance of the Zuni and others in the Southwest comes to mind. In rural areas, killing a spider is said to make it rain, in urban areas it’s washing your car. You might also try cutting your hay, planning a large and expensive outdoor concert, or tearing off your old roof. That should bring the rain.

There are even prayers for rain in the prayer books of some Christian denominations. The Book of Common Prayer, for example, reads: “Send us we beseech thee, in this our necessity, such moderate rain and showers that we might receive the fruits of the earth to our comfort.” Very polite. Our forefathers and mothers had a weathervane on the barn to help them anticipate the weather. A north wind meant clearing and cooler, an east wind here along the coast meant damp and cool; a south wind meant warmer, and a west wind might mean stormy weather. But despite all we can do, the weather seems to have a mind of its own and remains largely unpredictable.

Silently all around us the trees are slowly adding their summer growth. Each tree swells ever so slowly throughout the growing season as another annular ring is added to its girth. It might be as much as one-quarter to one-half an inch added on some trees, or as little as one-hundredth of an inch on others, but on an acre of forest the new wood could total a quarter to a half cord or 32 to 64 cubic feet or more. It is miraculous that this solid, versatile, strong material is composed chiefly of air, water, and carbon. It decomposes into the same. The manufacture of this marvelous and useful material is accomplished, not in a laboratory or factory, but in the tiny plant cell. Without plants, animals could not live. Plants are the foundation of the food chain. On the other hand, very few plants have to eat animals to survive.

Another marvel is this: there is a way that plants become like animals at night and in the winter. When the sun shines and the weather is warm, a plant uses its green matter to produce and store sugars and carbohydrates. When the sun does not shine or after the leaves fall, the plant stays alive by digesting these stored foods, just as an animal that eats plants does. This is why trees have two types of rings every year—the wide summer ring, and the narrow dark winter ring—the plant ring and the animal ring.

Schools of blue-striped Atlantic mackerel are running again and the pier is lined with eager fishermen, women, and children hoping to hook this sleek and beautiful swimmer, one of the easiest fish to catch and very healthy to eat. They are high in vitamin B12 and omega 3 fatty acids and low in mercury. They are also beautiful, with sparkling silver and blue sides, graceful shape, and large lucid eyes.

As summer diminishes, we remember the signs in the window of the 5 & 10 so many years ago saying “Back-to-School Sale,” and the feelings of sadness at the season’s ending and dread at leaving the boundless woods and fields for the confines of the classroom. How could a summer that seemed endless only two months ago be coming to an end so soon? The natural world feels the dwindling of the growing season too, going from swelling to shrinking, expansion to contraction. The petals of billions of wildflowers lose their bright colors and graceful shapes. They wrinkle and droop, tarnish and then fall, leaving their seeds behind. The migrating birds, who lately flew north with the spring, now stock up on seed and feed, preparing to fly south with the fall, before the chilly winds begin to blow.

The child returning to school, the bird heading south again, the seed of the daisy and thistle and lupine may seem the same year after year, yet they are not. The child has grown in wisdom and in stature over the course of the summer, the bird flying south is now joined by its young, and the seed has been changed ever so slightly to better fit its surroundings. All these are shaped by the natural mind and will of the cosmos that they might have life, and have it more abundantly.

From Marcus Aurelius (121-180 AD): “Observe always that everything is the result of change… there is nothing Nature loves so well as to change existing forms and to make new ones like them.”