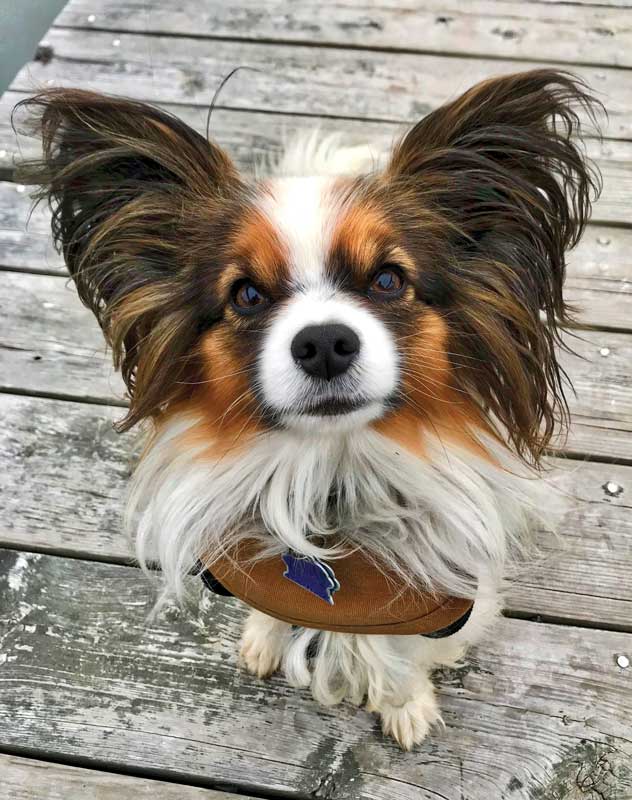 He may be small and fluffy, but don’t let appearances deceive you. The soul and spirit of a much larger Boatyard Dog live inside Nugget, a 3-year-old Papillon, who works with his owner Ben Stockwell at Pendleton Yacht Yard on Islesboro. Nugget cries like a baby when separated from Stockwell, but shows his chutzpah in spades when acting as crew on all manner of workboats, running along the narrowest of gunnels, barking at the world in disapproval of its unruliness. He falls into—and is hauled out dripping from—the drink several times a season. In inclement weather, you’ll find him wearing a sporty miniature raincoat fashioned from old Grundens or in his tiny Carhartt coat over a tiny knitted T-shirt. He is not to be messed with and is more cock of the walk than dog of the dock. 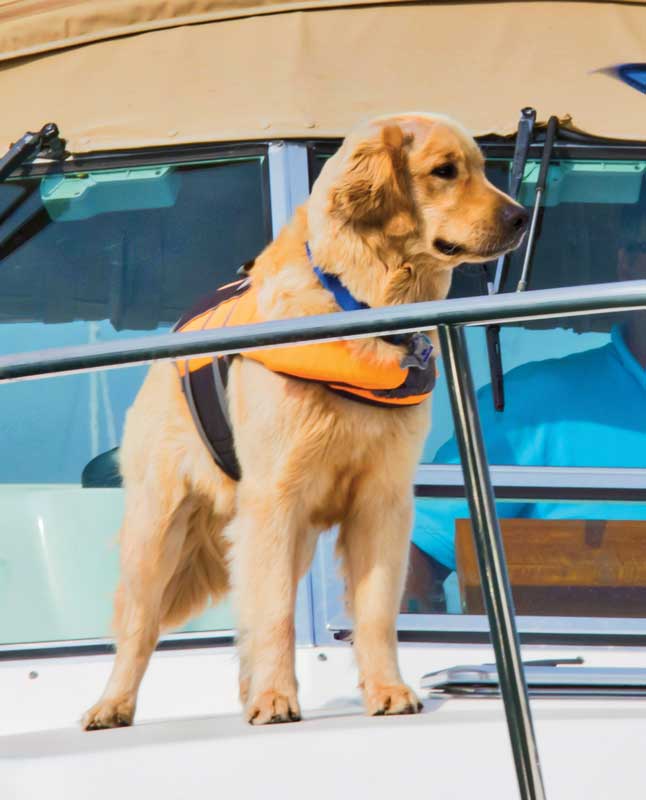 Some Boatyard Dogs help build, and others, thanks to their winsome looks and eyes, work in sales. Count Winston as one of the latter. This almost-two-year-old golden retriever works with East Coast Yacht Sales broker and competitive sailboat racer Spencer Drake. Since joining Drake’s family, Winston has been learning the ropes, so to speak, aboard their Back Cove 29, Widdiah, which is homeported in South Freeport. He likes to follow his family around, helping set the anchor or put out the fenders and dock lines. He’s still learning to judge distances, and sometimes he puts a little too much into the jump from the stern down to the swim platform… and then he goes cartwheeling into the dinghy, carried by his own momentum. Once under way, Winston loves to sit in the stern seat and point his elegant nose into the sea breeze. “He’s well on his way to being a wonderful sea dog,” said Drake.