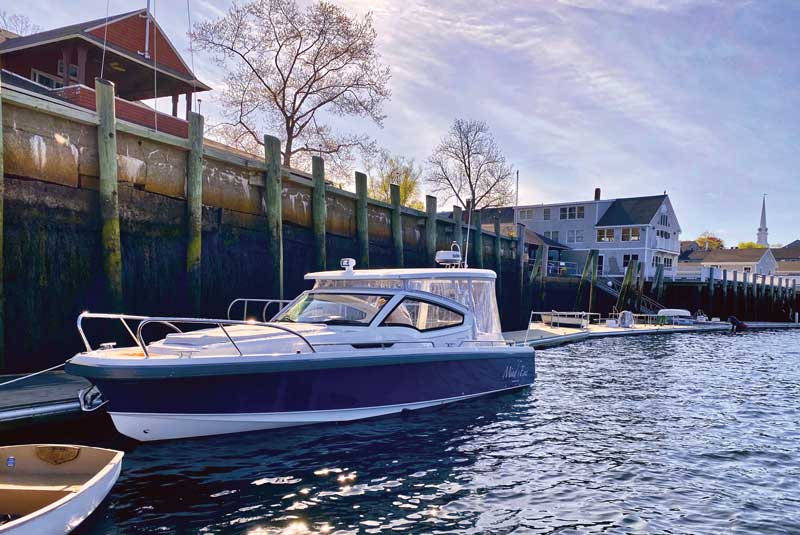 Mind’sEye is a 2022 Nimbus W9. We don’t truly live aboard, as the boat is just 30 feet long—30 feet 7 inches, to quibble—and not suitable for more than a weekend’s habitation. But we take her out often.

“W9” stands for 9-metre Weekender. (Right, nine metres is actually 29'6". A meter, by the way, is an instrument, hence metre for length. OK, enough quibbling.) Nimbus is a Swedish make known for its holistic Scandinavian design, and the first Nimbus boat I ever saw was in the Baltic Sea. I thought, Ooh, what’s that?

The rocky, island-rich Nordic side of the Baltic resembles the coast of Maine, so what works there should work here, too—like, say, Volvos, which are also right at home in northern New England. It makes sense to buy boats, or cars or woodstoves, that are designed and built in the sort of climate and conditions where we’ll rely on them. 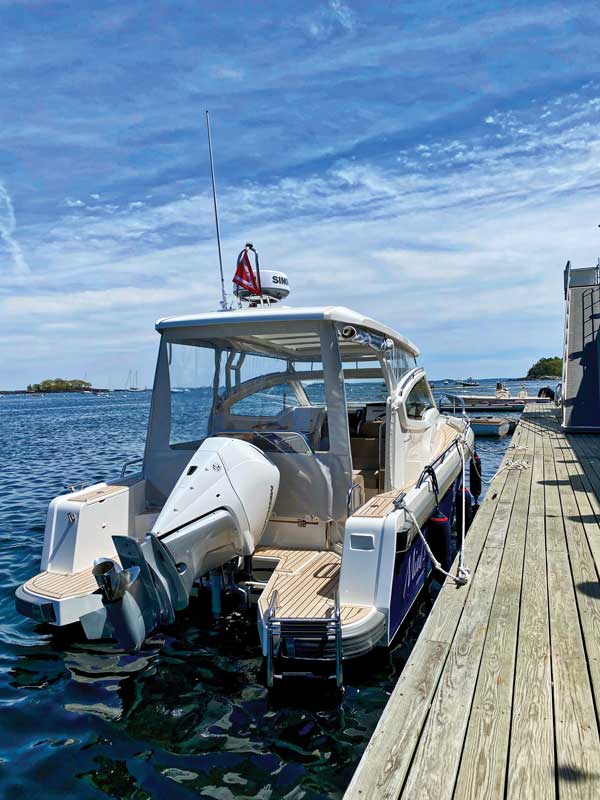 Photo courtesy Silvio Calabi Mind’sEye is an odd name for a boat, but it comes from my wife’s specialty travel company. She puts together tours all over the world for people who are visually handicapped or blind, as she is herself now; they see the world in their mind’s eye. I’ve never come across another boat so named, and no one ever seems to get it wrong on the radio. So it’s a good name.

Our first Mind’sEye was also a 30-foot express cruiser, a Boston Whaler Conquest 295 that we bought second-hand out of Montauk, New York. When that boat got a bit tired, we traded it in to Yachting Solutions on this brand-new W9. Yes, I know—boats depreciate hard, so buy used and pay cash. What can I say, other than it’s shiny clean, totally modern, and has a warranty?

The old Whaler was a heavy, hell-for-stout deep-V hull that needed two 300-horse outboards to go 40-plus knots. The W9 will do 40-plus with one 300. The difference is the unique two-step design of the W9 hull and the fact that it weighs something like a ton and a half less than the Whaler. So right away we achieved a 100 percent improvement in fuel efficiency. Considering the price of gas and the carbon content of our atmosphere, this is a good thing.

(The Whaler, I’d like to add, has been sold to Florida. The new owner is a producer on Shark Week, which makes me smile. I keep thinking of Roy Scheider’s line in Jaws: “We’re gonna need a bigger boat!” It would be fun to see it on TV, but it’s exactly the sort of workhorse that will make a good support vessel.)

One of our favorite short days in a powerboat is to grab sandwiches at French & Brawn in Camden, or Dot’s up in Lincolnville, and buzz over to North Haven with friends on board. A new 4-stroke outboard, even a 300, is surprisingly quiet. Maybe we detour by Robinson Rock to see the seals. Then we ease into Pulpit Harbor, pick up a vacant mooring, power back the sunroof and enjoy a serene lunch in that sweet little hurricane hole.

Motoring back out of the harbor last week, we saw that the osprey chicks in the nest on Pulpit Rock were almost fledged, and the enormous field of lupines by the farmhouse was in brilliant bloom. The breeze had backed around to the south while we were lunching, and built up. The trip across to Camden was through classic Penobscot Bay chop driven into the port side by up to 30 knots of wind. We throttled back to 20, which gave a surprisingly comfortable ride, and fetched our mooring in Sherman’s Cove in just under 30 minutes. This sort of thing astonishes wind-powered sailors. It still astonishes me, too.

Silvio Calabi is a former magazine editor and publisher who divides his retirement between midcoast Maine and Colorado’s mountains.