In the event you were wondering what to do with all that cash creating an annoying lump under your mattress, Showboats International, a magazine specializing in NGRW (non-governmental redistribution of wealth), points out that you can rent the 204-foot Force Blue for $298,798 a week and the 289-foot Maltese Falcon for $454,692 a week; both are “plus expenses.” In further news from the NGRW front, there has been renewed interest lately in the old J Class yachts, brought on primarily by Internet money and the need to get rid of that pesky stuff. Since there are only three old-school Js left, (Shamrock V, Endeavour, and Velsheda), new ones will have to be built. So far a (somewhat) replica of Ranger, winner of the 1937 America’s Cup, has been built, and the founder of Netscape has ordered a copy of ), Endeavour II). Speaking of the Internet, the test these days for proof of enlightenment is a high-speed Internet connection. If you have one, you’re enlightened; if you don’t, you’re not. A good part of mainland Maine passes the test, but the islands, as you would expect, have problems. Now comes word that Redzone, a company out of Rockland, has signed up the Cranberry Isles for not just high speed, but high-speed wireless. The technology involves the use of a mesh network provided by small radios that bounce a signal over the islands. And speaking of the Cranberry Isles, the Cranberry Cove Ferry Company, which runs a summer passenger service between Southwest Harbor and the Cranberry Isles has a new boat, the M/V Sutton), which had originally been carried by the USS America as a liberty launch. The boat was converted to carry 80 to 85 passengers at a time by SW Boatworks in Lamoine. 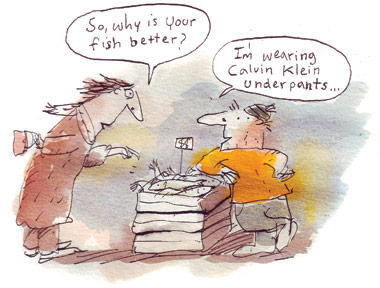 Click here to read In The Lee of the Boathouse in past issues and other articles by Peter H. Spectre >>