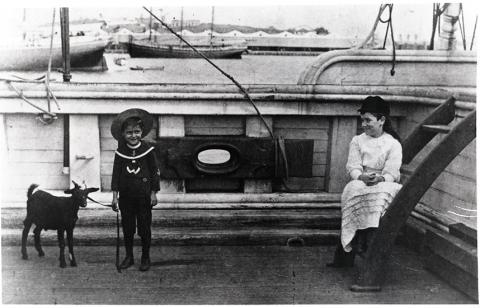 This photo from the collection of the Penobscot Marine Museum in Searsport shows siblings Lincoln and Johanna Colcord around 1889 when their father, Lincoln Alden Colcord, was captain of the barkentine CLARA E MCGILVERY. The photograph most likely was taken by Frederick Sweetser, who was the uncle of the children and the brother-in-law of the captain. The goat at the end of Lincoln’s lead might have been a pet, or it might have been part of the ship’s food supply. Look at the grins on their faces. What might they be saying? Could she be telling him to keep that smelly goat away from her nice white dress?

Both the Colcord children were born at sea, Johanna in 1882 and Lincoln in 1883, as their father, like many from Searsport, Maine, was involved in the deep-sea shipping business. Lincoln, who later attended the University of Maine and wrote the lyrics the “Maine Stein Song,” went on to become a writer and journalist. His sister took many photos while at sea as a child with her family, including a famous one of her father, Captain Colcord standing at the taffrail of his ship STATE OF MAINE, while sailing off the Cape of Good Hope in 1900. Colcord’s grin as he drives his ship at speed expresses the sentiments of any sailor under such conditions, although his wife was supposedly less than happy with his grin in this photograph, as he did not have his teeth in the exposure was made. 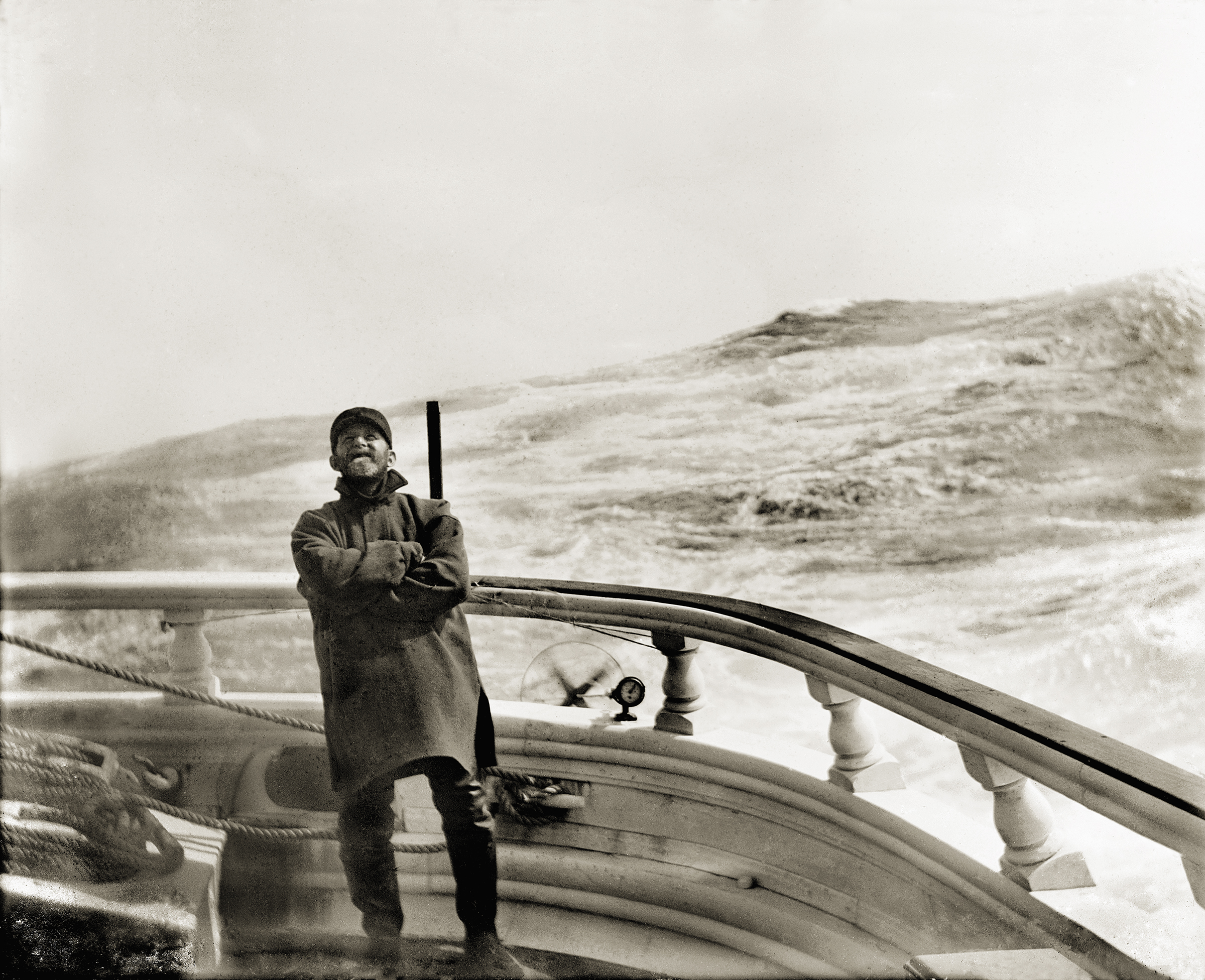 Johanna went on to become an author, writing a book about sea chanties, but is perhaps better known as an influential and nationally recognized social worker, administrator, and author of social policy, especially regarding public assistance during the Great Depression, according to the archives of the Penobscot Marine Museum. In the summer of 1920, she took a leave of absence from the New York Charity Organization Society, where she supervised twelve district offices, to head an expedition of social workers, librarians, and nurses from the American Red Cross to the recently acquired U.S. Virgin Islands. Perhaps influenced by prominent social photographer Lewis Hine and his 1909 call for social workers to utilize the camera in the work, Colcord once again picked up her camera while she was in St. Thomas, documenting the physical presence of the Red Cross and their community efforts in the Virgin Islands, including signs and volunteers.