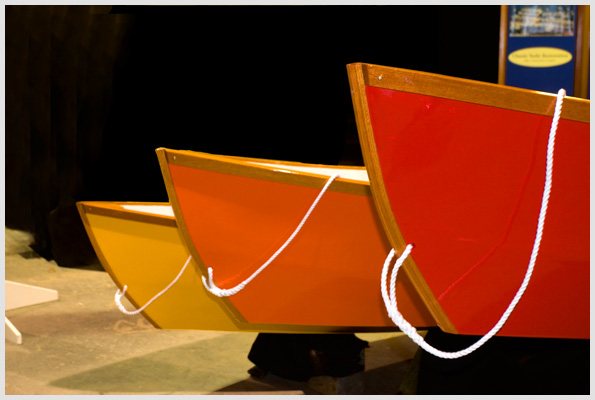 Francis Kinney-designed dories built by Mike Gorman, on display at the 2009 Maine Boatbuilders Show
The first day of the 2009 Maine Boatbuilders Show just happened to also be the first day of spring. This may have had something to do with the big turnout and the happy people walking the aisles. They seemed to be finding a lot to smile about at the annual show, which is hosted by Portland Yacht Services. There was no shortage of great boatbuilding on display, from traditionally built wooden vessels to modern composite craft. The show is traditionally the kick-off to the sailing, rowing, and cruising season here in Maine. See you on the water. 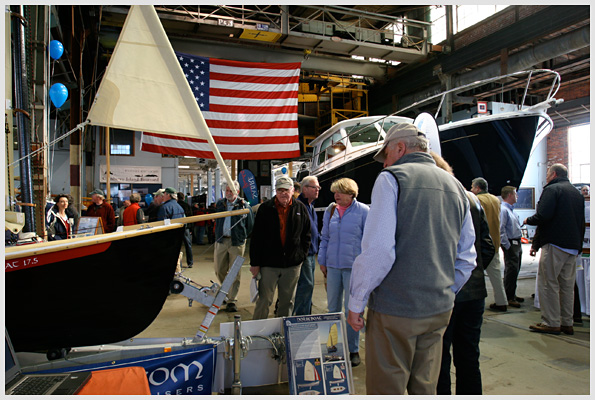 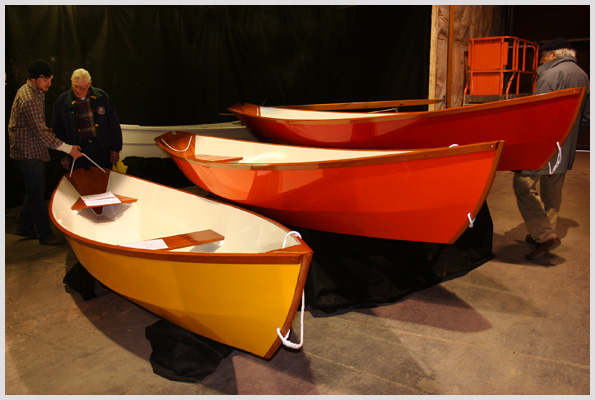 Builder Mike Gorman was on hand to tell show-goers about his three self-bailing Francis Kinney-designed dories painted in eyec-catching colors.
--- 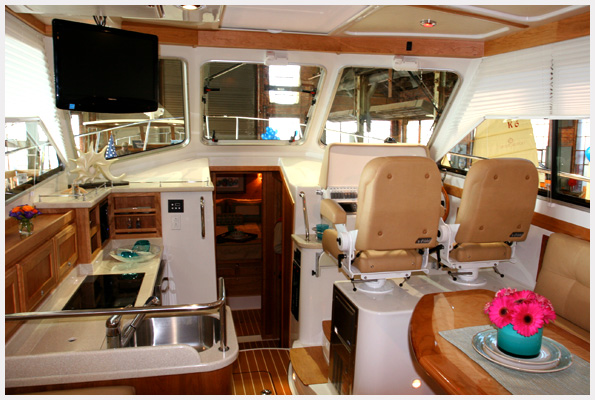 The new Back Cove 37 garnered attention from the crowds... so much so that it was hard to get aboard to have a look. We were able to take a peek at the very efficient layout below before the doors opened on Saturday.
--- 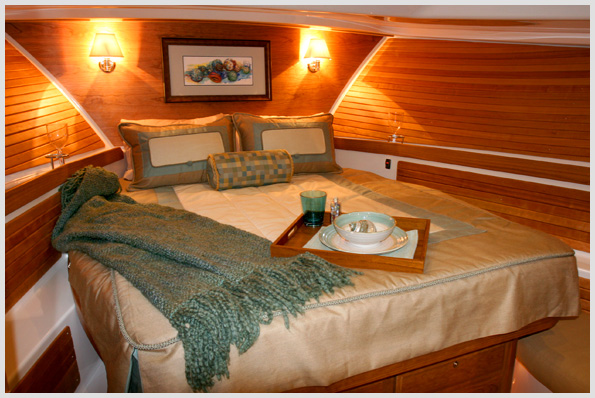 The new Back Cove 37 V-berth. Interior styling by Susan August-Brown.
--- 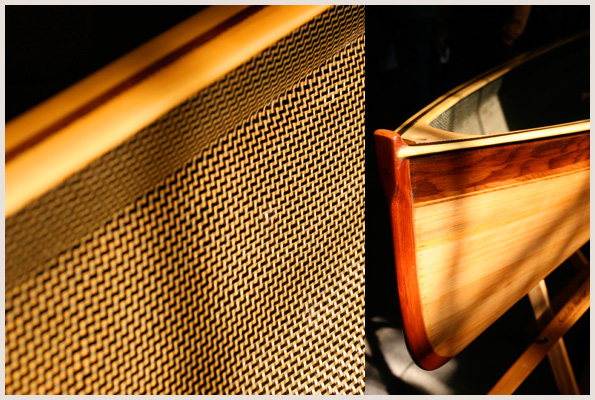 This elegant and feather-light (20 lbs.) double-paddle canoe from Guillemot Kayaks is lined with a carbon-Kevlar hybrid fabric. The Nymph is built using strip-planked construction sealed under a layer of cloth for strength and easy care.
--- 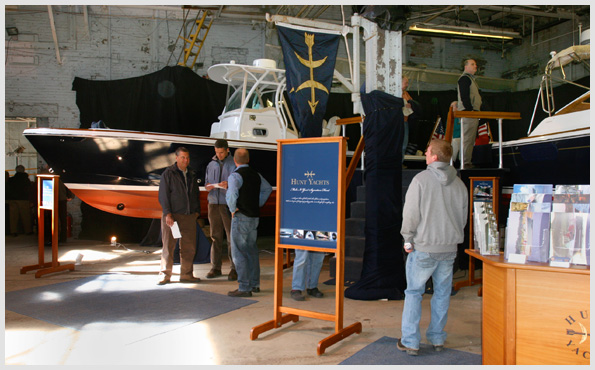 The Yachting Solutions crew brought the Hunt Surfunter 25cc and the Harrier 29. On the first day of the show they announced their new Trident Yacht Basin in Rockland Harbor, which will be a full-service marina with 10 slips available for the 2009 season and room to grow at the former MBNA facility.
--- 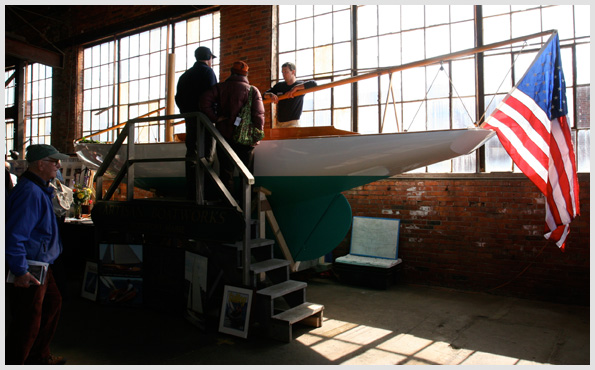 Alec Brainerd from Artisan Boatworks had a steady stream of those who wanted to find out more about his restorations, reproductions, and the Buzzards Bay 15 that he had on display.
--- 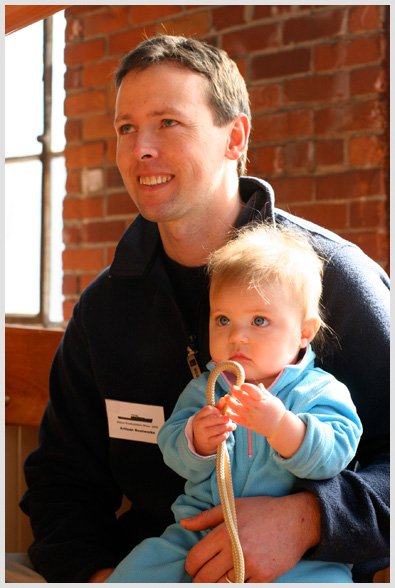 At a show like this one, you have access to the builders, and the entire family was available at Artisan Boatworks. Alec and his daughter, Adella, were aboard the Buzzards Bay 30 all morning on Saturday.
--- 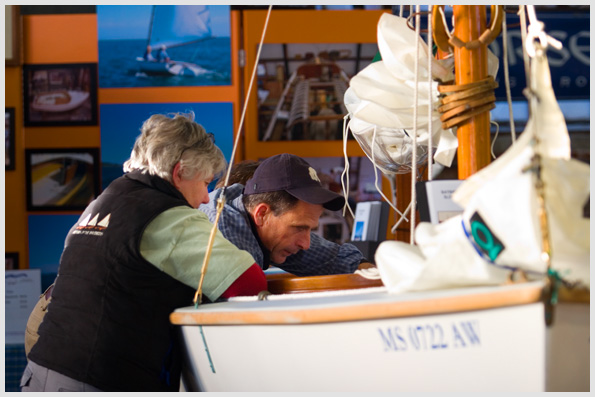 Folks stopped by the Marine Restoration booth to see the Baybird sloop on display and reminisce about sailing on Cape Cod. An estimated 30,000 people learned the ropes on this Starling Burgess design at the many camps in Pleasant Bay in the early 1900s.
--- 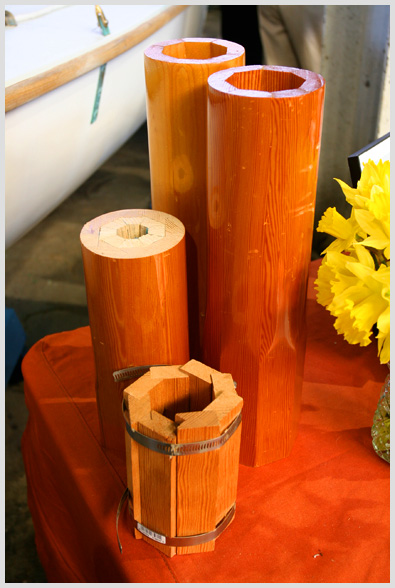 Marine Restoration showed us their technique for spar building. They are currently crafting new flag poles for the front of the Federal Reserve Building in New York City, matching the design of the existing poles on this historic building.
--- 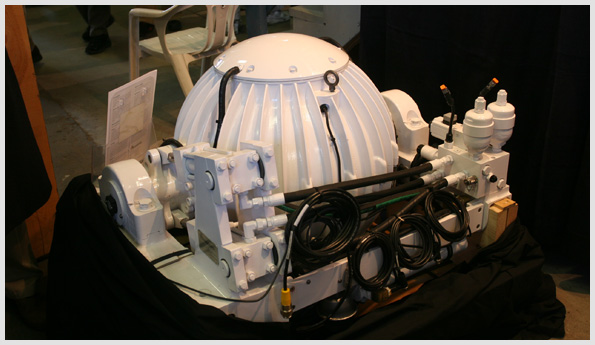 What looked like something ready to launch into space was actually an innovative new tool for reducing low-speed rolling in a powerboat. This 450 lb. gyro, on display at the Mack Boring booth, spins at 10,000 RPM to counteract the rolling motion of a boat in a swell.
--- 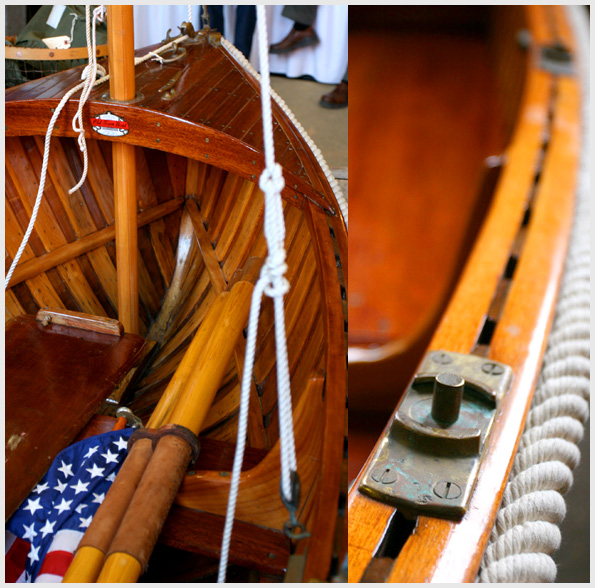 On display at the Ross Bros. booth was this 11.5-foot 1933 Old Town sailing dinghy. They had a great selection of of hard-to-come-by marine hardware, including the oar lock shown above.
--- 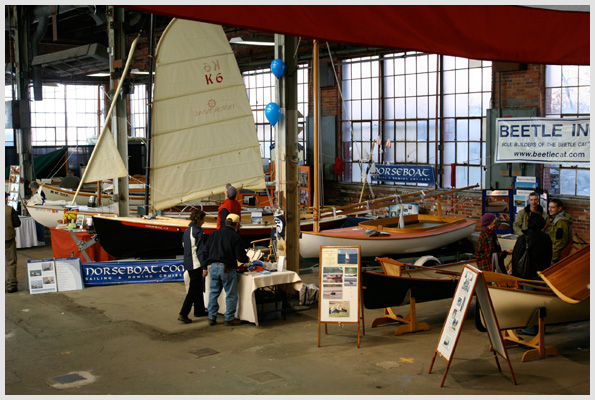 Traditional small craft are a central feature of the Maine Boatbuilders Show, as seen in this grouping of boats from Pulsifer Hampton, Marine Restoration, Norseboat, Beetle Inc., and Adirondack Guideboat.
--- 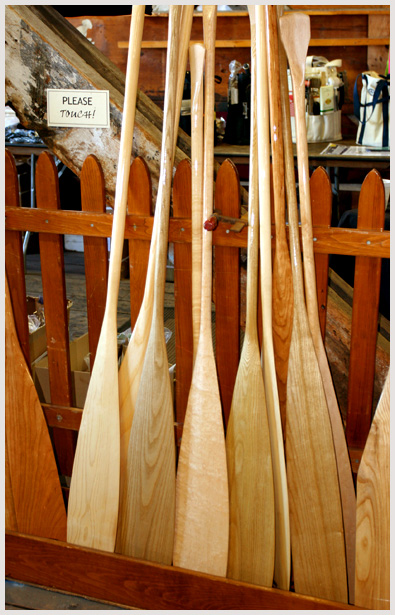 Shaw & Tenney encouraged visitors to "please touch" their paddles. They are handcrafted from spruce, ash, maple, and specialty woods such as cherry, walnut, and sassafras.
--- 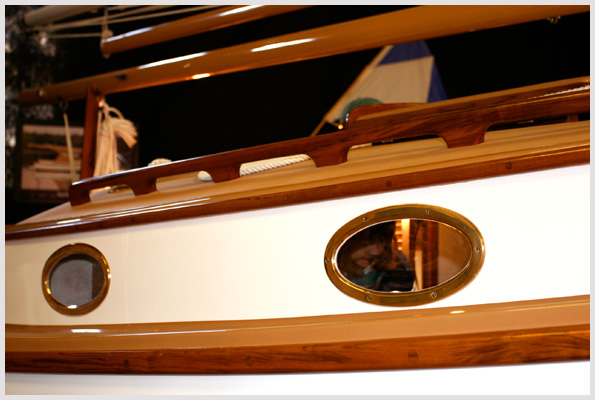 A young sailor takes a closer look at the interior of Marshall Marine's cat boat.
--- 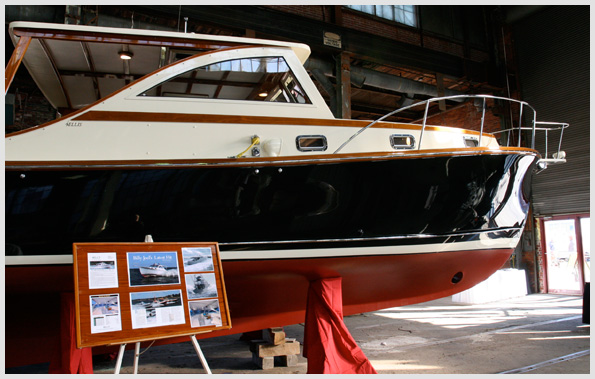 The afternoon sun shone upon the Ellis 36 as the weekend came to a close.
---
Photography by Jamie Bloomquist