A pentagonal house in Southwest Harbor. 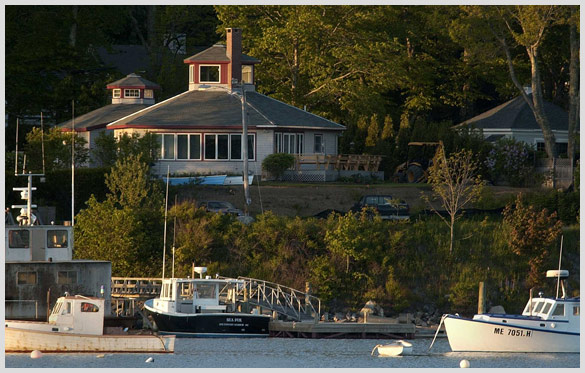 Photograph by Peter Travers
It turns out that the geometric structure best suited to provide the most living space on a tiny lot is a pentagon. Penny and Dr. Otis Wolfe found this out when they were adventurous enough to agree not only to a five-sided house but one with a lookout tower rising from the center, when the design concept was proposed to them by Bar Harbor architect Quentin Armstrong. The couple had bought the lot several years ago when they lived next door. The property overlooks the scenic waterfront in Southwest Harbor - a view they cherished despite the small town-owned parking lot behind it. 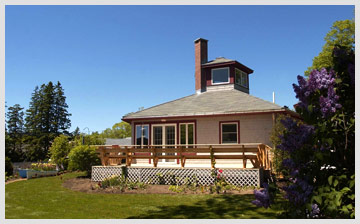