Photographs From the Past 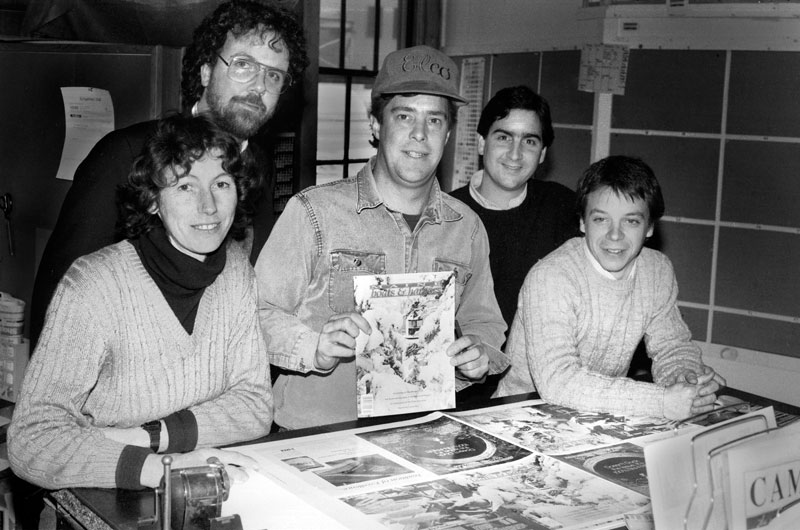 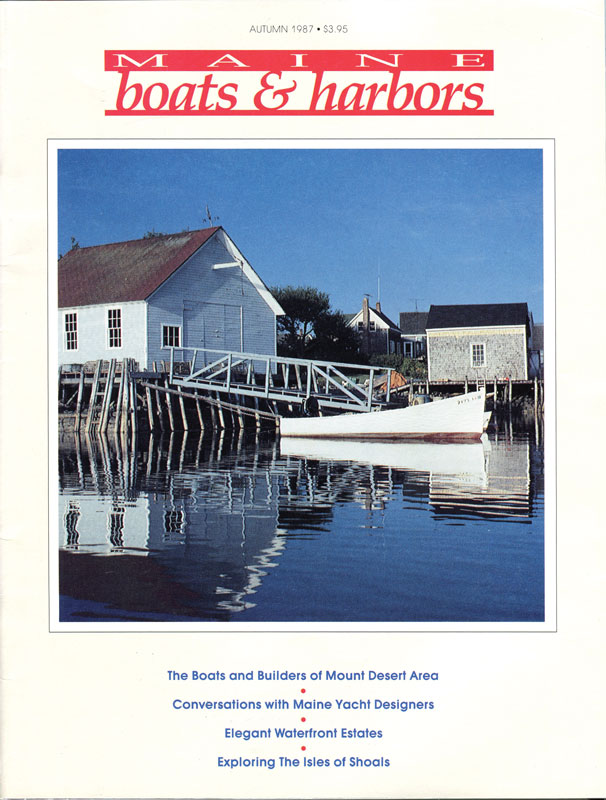 John K. Hanson Jr. was tooling around Penobscot Bay in his 22-foot wooden powerboat when he had an epiphany. He and friends were chatting about boats, art, and summer houses, while porpoises jumped in the boat’s frothy wake. This is what makes Maine special, he thought… it should all be in a magazine. So in 1987, he quit his full-time job at WoodenBoat magazine, took out a $10,000 home equity loan, and with the help of a group of dedicated colleagues started the magazine known then as Maine Boats & Harbors—the Homes part was added in 2006. Hanson said then that the intent was to showcase the quality of Maine craftsmanship and induce readers to “buy Maine.” The magazine has been doing that and more ever since! In the image above, with the second issue are (left to right): Assistant to the Publisher Pauline Carr, Art Director Peter Koons, Hanson, Managing Editor Park Morrison, and Graphic Artist Joe Ryan. Not shown is Circulation Director Helen Hanson. The magazine was published five times a year; a sixth issue was added in 2015. Also shown: the cover of the first issue (photo by Art Paine), and the current magazine staff with a recent cover poster. Top row, left to right: Polly Saltonstall, John Hanson, Dave Getchell, Julie Corcoran. Bottom row, left to right: Laura Tracy, Kelly Bell, George Eaton, Jennifer McIntosh, Laurel Frye, Gretchen Piston Ogden, Michael O'Neil. 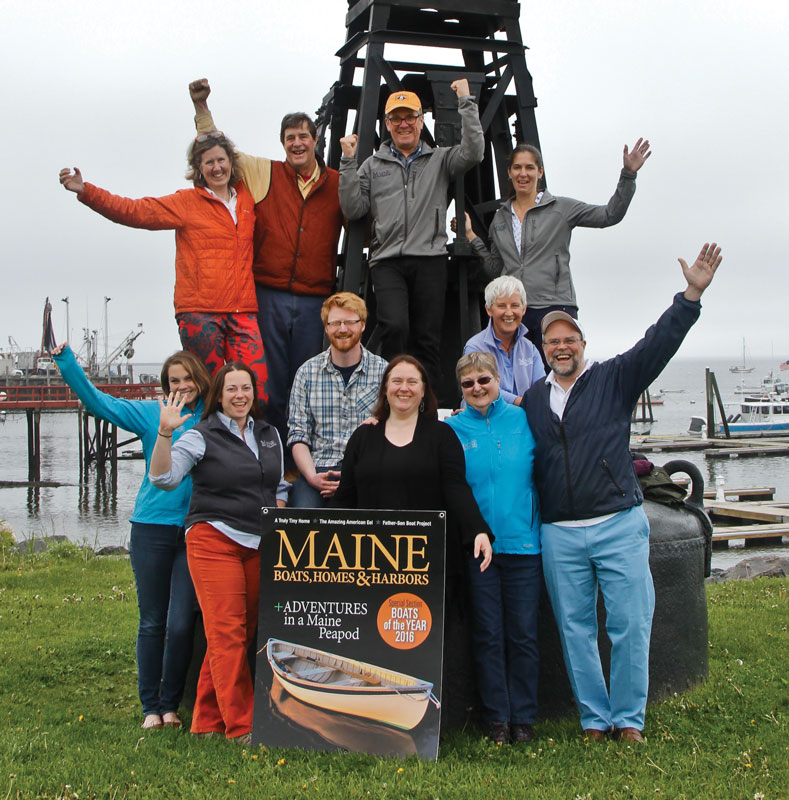