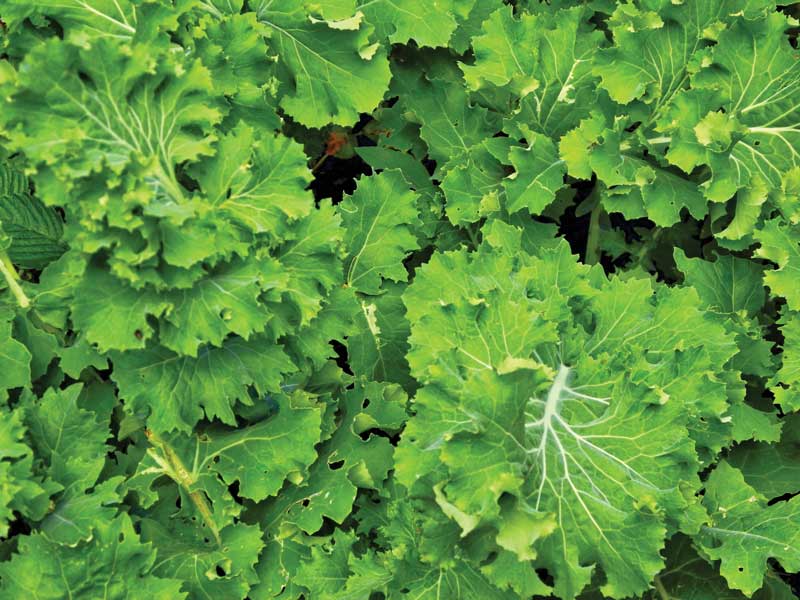 Beedy’s Camden Kale takes Maine winters and summer heat and comes out shining. This unique variety bears the name of the woman who discovered it and the coastal town in which she noticed it growing in her home garden.

Once winter finally loosens its icy grip on the land, gardeners in Maine have a surprise in store if they planted Beedy’s Camden Kale the previous summer. The serendipitous discovery of a kale that survives the Maine winter by Camden resident Beedy Parker has proved itself in Maine and beyond, going on three decades now.

That great green kale craze of a few years back may have been replaced by obsessions for kelp, ancient grains, and gold-plated chicken wings, but savvy gardeners everywhere continue to grow and use kale. At the same time, others are just discovering the advantages of growing and eating this hardy, cool-weather green. Not only is Beedy’s Camden Kale winter-hardy in many growing zones, it also tolerates a good deal of summer heat, resisting bitterness and toughness.

While kale basically disappears into whatever dish it is added to, the chameleon-like leafy green adds a significant amount of nutrition to any recipe. Kale contributes substantial amounts of dietary fiber. It contains protein, thiamin, riboflavin, folate, iron, magnesium and phosphorus, and is a very good source of vitamins A, C, K, and B6, as well as calcium, potassium, copper, and manganese. It is one of those miracle foods that nutritionists are always touting. And wonder of wonders, it is one of the easiest of vegetables to grow and use—raw or cooked. It can even be successfully grown in containers.

“I’d never planted kale, but it just kept coming back,” Beedy said, describing how the Camden kale insinuated itself into her vegetable garden some three decades ago. It wasn’t long before this creative, organic gardener realized that some of her relentless kale plants actually survived the winters. She had never seen anything like it. Her kale would die back in the winter, only to sprout out the following spring. She also noted that volunteer seedlings were common with what appeared to be a new variety. 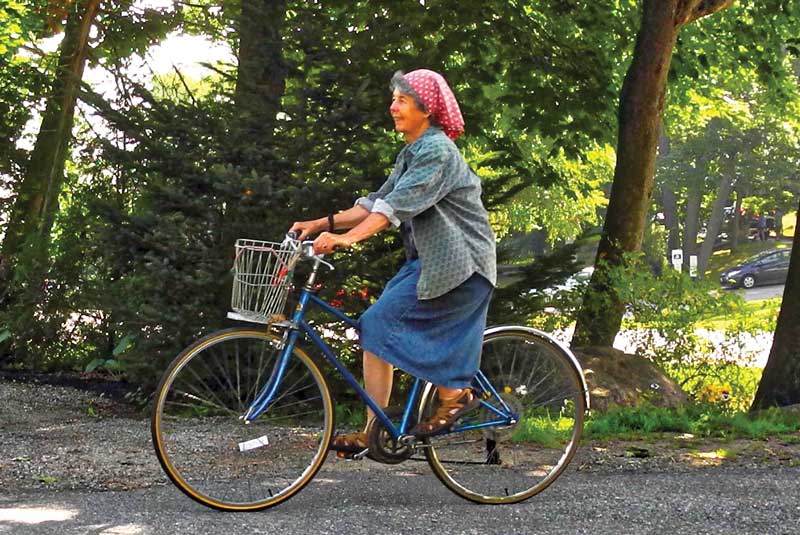 A familiar figure around town in Camden, Beedy Parker can often be spotted riding her bicycle. Her sustainable transportation is just one of the many ways she lives her life in sync with nature.

“I didn’t know anything about kale back then, but I gradually realized it was good stuff. All I can figure is that it must have seeded itself,” she explained.

Beedy recognized that she had something unusual with that plucky kale. Soon, she began sharing seeds with other gardeners, and eventually to seed producers with Fedco Seeds being the first to arrange for commercial growing of the variety. Not only did it turn out to be fairly winter-hardy, but Beedy believes her open-pollinated kale is actually sweeter and not as tough as some kale varieties.

When it came time to give a name to the variety, at Beedy’s suggestion, Camden was added to the moniker of this humble vegetable. It could be a bit of a poke in the eye of the now decidedly upscale community which sprang from a once humble workingman’s town where mill whistles blew regularly to call workers to their tasks.

At Beedy’s home in Camden are extensive gardens and an impressive composting system. It is hardly a coincidence that someone like Beedy discovered a unique plant variety, for she has spent a lifetime observing nature and contemplating her place within it. She might well be a Dr. Doolittle of plants, divining their unique ways and foibles.

One of the early members of the Knox County chapter of the Maine Organic Farmers and Gardeners Association, she helped organize several community gardens, and has since established a series of community garden plots to enable others to share in and experience her philosophy of sustainability. Beedy’s efforts include work in conjunction with others on pesticides, establishing the Maine Organic Gardeners and Farmers Association (MOGFA) No-Spray Registry to protect landowners from spray drift, work for which she received the Natural Resources Council of Maine’s Conservation Award.

In addition, Beedy has advocated for the planting and preservation of shade trees throughout her town, especially to replace the elms which were decimated by disease decades ago.

In seed catalogs for her special kale variety, Beedy’s Camden Kale is described as: “Abundant wavy blue-green leaves are full to the bottom, not as tightly ruffled as Winterbor, and can grow enormous…More tender than Siberian types and lasts longer into the fall.”

For a crop this year, start seeds indoors in February or March in flats, and transfer seedlings into individual pots or six-packs when first true leaves form. Plant outside in May and enjoy kale until the snow flies…and then again next spring, and then again…

Contributing Editor Lynette L. Walther has twice received the Garden Writers Association’s Silver Award of Achievement for her garden writing. She gardens in Camden, Maine. Read her blog at: gardeningonthego.wordpress.com

MOFGA warns that when ordering seeds online to be certain of the source, “as there are many seeds purchased online that enter the country illegally, and frequently aren’t even the same species as advertised, let alone the variety, and may risk important invasive weeds, or new damaging pests or diseases.” Here are two reliable sources for Beedy’s Camden Kale: