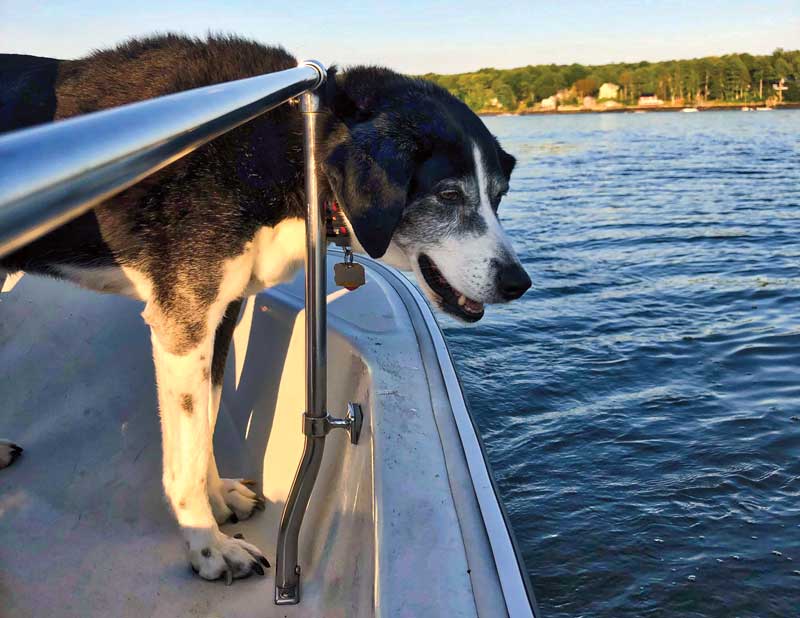 Luna was found abandoned in a parking lot in Warwick, Rhode Island, 11 years ago by Charles Yash Sokolowski and the two have been fast friends ever since. They are employed at Hinckley Yachts in Portsmouth, Rhode Island, where Luna has helped him work his way up the ladder from mechanic (she kept on eagle eye on oily rags and other people’s lunches), to service manager (she hangs out in his office, sleeping under the desk and keeping him on his toes). A DNA swab test revealed Luna to be a mix of fox hound, coon hound, and husky. When the pair are not in Rhode Island, they head to Sokolowski’s cabin in Edgecomb and cruise the Sheepscot River in a 17-foot 1986 Supersport Boston Whaler. 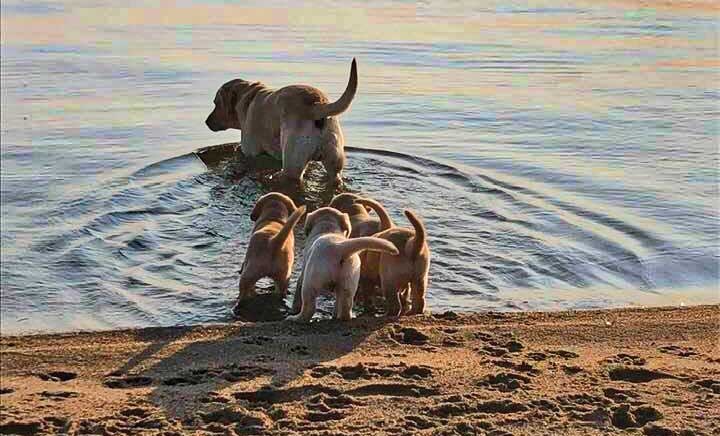 Every water-loving dad knows how important it is to introduce their kids to the water early, and Moose, a 3-year-old yellow Lab, is no exception. His partner, a black Lab named Bear, recently gave birth to a large batch of puppies and Moose couldn’t wait to guide them into Sebago Lake. The dogs live with their humans, Kyle and Casey Cobb, in Windham. The puppies have gone off to new homes, but Bear and Moose now have a young human named Oliver, three months old at press time, to mentor. They plan to teach him life-long skills such as how to throw their favorite fetch toys into the lake and riding on the family’s pontoon boat.