All illustrations by Ted Walsh
As the figurative pen hits the figurative paper, it is mid April and the weather is hovering in the mid 50s and Sebago Lake is still ice-bound. While there have been a few days of deceptive warmth, we have recently had what I like to call the April surprise: a late snow dump, appropriately this year on April Fool’s Day. As this issue hits the stands, we are in the transition between mud season and the sweet interlude known as Maine summer. I know summer is approaching, because the spring commissioning bills for the cottage, dock, moorings, and boats are starting to come in. Last summer the dividends of great weather were worth these investments; we hope our down payments on this summer prove the same. The virtual Porch has been active, however, so pull up a virtual chair and have a virtual seat. Faster than a Speeding Crustacean In the Bar Harbor Times via Village Soup we learn of a band of divers who donate their time to coastal cleanup and other underwater activities. Capable of feats of underwater dexterity and derring-do, these mild-mannered submarine friends of nature are known collectively as the League of Underwater Superheros. In early April, our superheroes took on the task of retrieving wire grids used as a matrix to replant underwater eelgrass beds, previously set by the Mount Desert Island Biological Laboratory with the assistance of community volunteers. They had been placed last summer with plants attached, which then rooted in the sediment. Eelgrass dies back in the winter and re-emerges in the spring, making the end of winter the ideal time to remove the wire grids. Eelgrass is vital to the marine food chain and to the reproduction and protection of many species. On the Porch we know of this, having used grass beds to advantage when striper fishing, particularly along the edges. There is a spot in the Royal River in Yarmouth that can be particularly productive along an edge that drops rapidly to deeper water. Of course I can’t tell you where it is, although you might try heading carefully west from green flasher “1.” 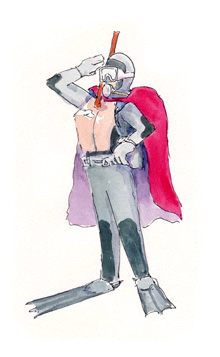 Welcome Back Bill As a regular reader of this column, you may remember when we discovered the ubiquitous Bill, who seems to have a lot to say whenever a new legislature is in session. We are indebted to the headline writer of the Bangor Daily News for reporting on what Bill is up to this season. BILL TO ALLOW EASTPORT TO SELL BOAT SCHOOL. Evidently Bill has some serious influence over the goings-on in Eastport. Maybe Marlow Yachts, the buyer, has promised him a position with the new school and yacht-building facility. BILL WOULD CLARIFY TRANSGENDER BATHROOM USE. Bill loves a good controversy and likes to set things straight. Beyond that we have no comment regarding how he means to clarify this issue. BILL WOULD INCREASE PERMITS IN MOOSE LOTTERY BY 100. Bill doesn’t think that killing 3,140 moose each year is enough. All I ask of Bill in this case is that the moose be allowed to participate also, sort of like getting the “get-out-of-jail-free” card. 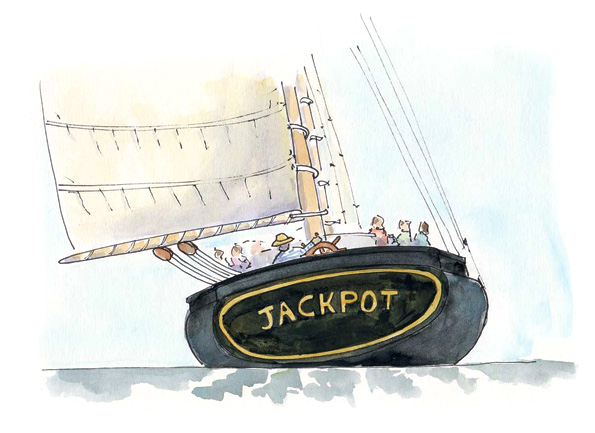