To the first question, if I may be so bold as to ascribe feelings to the ocean, I would say it is feeling “blue” because of the unfortunate things that we humans have done to it. These include increasing the ocean’s acidity by decreasing the pH, now predicted to drop 0.3 pH units in the next 100 years. That may not seem like much, but a one unit drop in pH equates to a ten times increase in acidity. This increased acidity will impact shelled organisms the most: clams, oysters, scallops, lobsters, and others will have trouble making their protective shells. As a comparison, if the pH of your blood (which has a salinity close to that of seawater) dropped by 0.1 units, you’d be in the emergency room with acidosis. 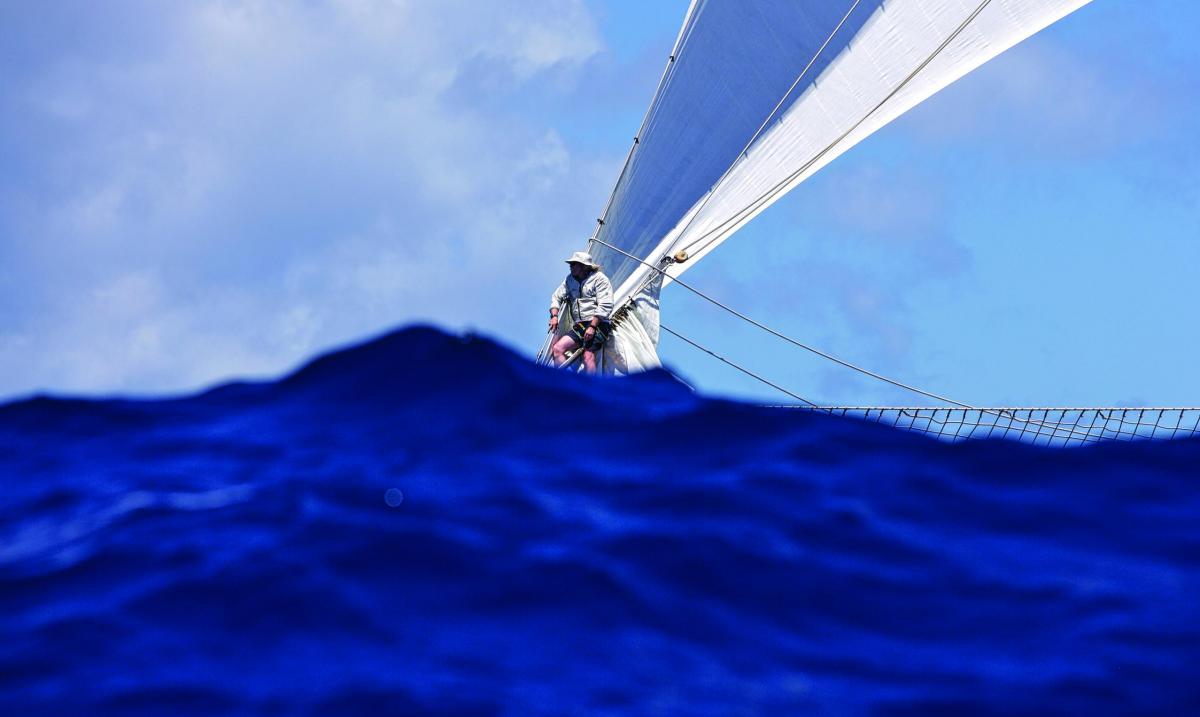 If you thought the ocean’s color is determined soley by the reflected color of the sky, you are wrong. It’s a lot more complex. Photo by Alison Langley

Maybe the ocean is also singing the soulful blues because it just isn’t as cool as it used to be. In 2012, surface seawater temperatures in the Gulf of Maine were a whopping 2°C above normal, the highest on record. Just like pH, this temperature increase is huge. Such an increase, especially in surface waters, can lower the rate of mixing, the process by which deeper waters are moved upward and vice versa, which is how nutrients get to the surface to allow microscopic plants (phytoplankton) to grow and provide food for the base of the marine food web.

The ocean also could be feeling blue because of human pollution. All pollution is bad, whether direct spills or more diffuse. Diffuse nutrient pollution causes “creeping eutrophication” of our coastal waters. The resulting loss of oxygen can be unhealthy for ocean life.

Back to color. The ocean takes on different colors based in part on the physical properties of the water, as well as what’s in that water.

Light reflects from the ocean surface due to the difference in density between air and water, but the blue color does not necessarily reflect the sky above. If you were to measure the color of the sky and the light coming from the ocean, you’d see that they are actually different. Light emanating from below the surface is affected by how water molecules absorb and scatter light. Red wavelengths are more likely to be absorbed. Blue light, on the other hand, is not absorbed as much and is thus reflected back up and out of the water.

Now add microscopic plants—phytoplankton. They contain chlorophyll, which absorbs both blue and red light, but not green. When more phytoplankton are present, more blue and red light will disappear, making the water look green (think of the green color of a chlorophyll-containing leaf). Dissolved substances in the seawater—like humic materials, which are leached by rainfall from soil into rivers and then into the sea—absorb light strongly in the blue end of the spectrum, leaving the yellowish or brown colors to be reflected up.

Optical scattering also plays a role. Backscattering, where sunlight hits particles and changes its direction from downward to upward, occurs more for colors in the blue range.

Putting these two inherent optical properties of the ocean milieu, absorption and backscattering, together, the light that one sees coming from the ocean is unabsorbed, backscattered light, causing the ocean (at least much of the time) to appear blue.

So whether the ocean is feeling or looking blue, it has its reasons.