By Rob McCall
“It was one of those March days when the sun shines hot and the wind blows cold: when it’s summer in the light and winter in the shade.”     —Charles Dickens

We rose this week to the thrilling trill of a bright red male cardinal staking out his turf and alerting the ladies that he was ready. A couple of days before that we heard several mourning doves hooting to each other in the woods along the road. Next it was the spring song of the chickadee, and the hammering and calling of the pileated woodpeckers, joined by the loud shouts of the blue jays rocketing from tree to tree. We all know that winter does not last forever, and that spring does not skip its turn, and yet the shouts and songs of the birds set to music what is in our hearts just as well as what is in theirs. The chorus of spring has begun.

It used to be that maple syrup season began around the first of March just like clockwork. The days got warmer and the nights stayed cold and that brought the sap up to be drawn off into buckets, and then to be taken to the sugar house where clouds of steam from the evaporators billowed out of the roof vents. Times have changed, though.

In recent years, the sap has started to flow in January and the season lasts so long that tap holes have to be drilled again because they have closed up. Metal buckets and wood fires are more for small operations; the big producers use plastic hoses and buckets to gather the sap, and propane to boil it down. But there is still nothing to match the delights of pure, unadulterated Maine maple syrup. You have to pity those who will settle for anything less.

The ice is moving out of the bays and coves and the high tides of the full moon will likely finish the job over the next few days.

The woods of Awanadjo are still decorated with slowly melting snow and ice, but the open fields are clear. Coming down over the high fields I could feel the soft body of the earth with each step: unpaved, unplowed, unsprayed, unmowed, no flat surfaces, no straight lines, no sharp corners, no human designs, simply the wild earth left to its wild self. The buff stubble underfoot, the white and red twigs of birch and cherry, the dried stalks of goldenrod rattling in the wind, the smell of wet, living earth, and the sun flashing on the cold bay all worked together to untie some monumental knots in my heart and send the singing sparks of life coursing freely through my winter-weary frame again.

We criticize the young for spending so much time in cyberspace and yet we spend a great deal of time in human-engineered spaces ourselves. Rarely do we venture out to original wild places, still abiding as they were when the world was young. We spend days and nights surrounded by human-made gewgaws, gimcracks, and gadgets, amid colors and shapes and textures not found in nature, seeing nothing but human signs and symbols, and hearing nothing but human sounds. In every direction as far as the eye can see, 40,000 millennia of innate wisdom and successful survival walk, crawl, swim, fly, or just stand still and proud outside, while we sit inside our man-made boxes babbling about thinking outside the box. 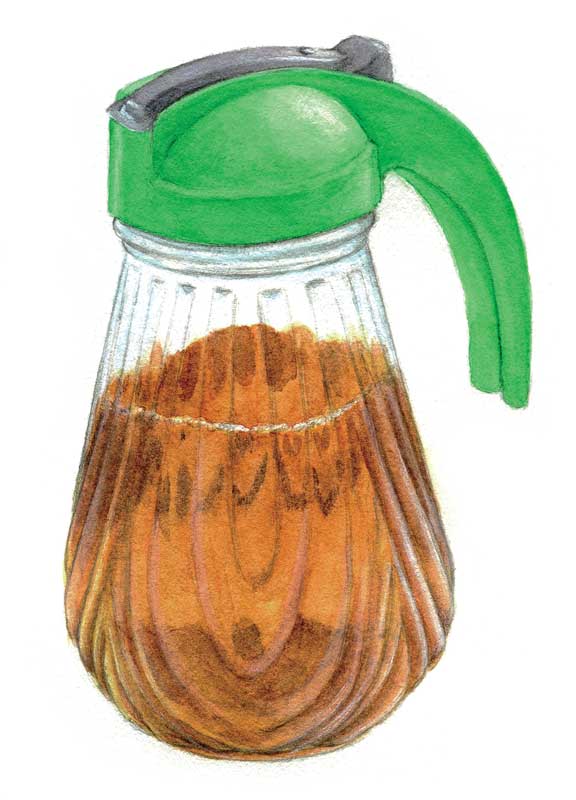 The Old Farmer’s Almanac calls this the Sap Moon. This brings to mind the many ways sap was used by our ancestors, and still is used by shaggy, die-hard traditionalists hiding out in the woods and along the craggy coast of Maine and beyond. Everyone knows about maple syrup, sugar, and candy. But what about birch beer, made with the distilled oil of birch sap? The sap of certain pine trees is distilled into turpentine which can be used medicinally or as a solvent of other oils. Pine tar has been used for centuries by seafaring folk to preserve wood and rope. Also from pine sap we get naphtha, a powerful solvent, and rosin to keep the fiddler happy.

The First People used heated spruce sap to seal up their birch bark canoes. They also chewed it—a habit picked up by loggers in the early 1800s and then passed on to nearly everyone else. Spruce gum was quite popular in the mid-19th century from Boston and New York to San Francisco and Seattle with brand names like Kennebec, Yankee, 200Lump, and American Flag. I tried chewing spruce gum once about 20 years ago. I could get along fine another 20 years without it.

As the earth breaks the bonds of winter and the songbirds return, we can see the first signs of spring with our eyes, but it may be a while longer before our bodies shake off the lethargy of the long cold months. This is when we start talking about spring tonics and other ways to jump-start our systems. I remember one old-timer who grew up on Long Island in Blue Hill Bay, far from any pharmacy or patent medicine, telling me that on the first day of spring her father would drop a handful of nails into a bucket of water. When the water turned orange, everyone in the family would drink a dipper a day. How’s that for a tonic?

We have yet to see the showiest of spring’s first flowers—snow drops, daffodils, and the like. But there is one flower coming into bloom along the chilly coast. Okay, all you amateur naturalists: What native flower is in bloom right now? Time’s up! It is the pussy willow (Salix discolor). The familiar and endearing silky gray tufts lined up along dark glossy twigs are the blossoms of this water-loving shrub, as will become more clear soon when these soft catkins turn yellow with pollen. Numerous other trees such as aspen, alder, birch, and hazel put forth catkins, too. When it is still too cold for bees and butterflies to pollinate, they bloom bravely anyway and cast their fate to the winds. Pussy willow twigs in a bottle of water on the dining room table will drop their bud scales, like dark beetle backs, and their soft catkins, like tiny cats that land on their feet. This makes sense because “catkin” means “little cat.” Glimpses of green are appearing on their shiny brown stalks.

This is just one tiny part of the vast, wrenching transformation going on all over the Northern Hemisphere this season. Called forth by the growing warmth and light, the Kingdom of Green is emerging to overtake the Kingdom of Gray and Brown. Drinking spring rain and soaking up sun, everywhere buds are swelling and stretching awake and alive after their long sleep, like us getting out of bed in the morning. Are they, too, a little stiff and sore?

The wonder of these bulging buds is that they contain within them—in embryonic form—all that will emerge over the coming season. All the possibilities, all the plan and design of leaf, twig, flower, fruit, nut, and seed are tucked into these buds to come forth in the fullness of time. All the potential of beauty and food for other creatures is contained within. All the nectar and pollen for bees, all the nuts for squirrels, all the apples for deer and humans, all the grasses for grazers like deer and moose, horse, sheep, and cow. All the foods that animals cannot make for themselves are being made now as the plants return to their task of feeding all of us two-, four-, and six-leggeds. If ever spring failed to come, we would be helpless and hungry without our green plant providers.

The wood frogs (Lithobates sylvaticus) are quacking and the spring peepers (Pseudacris crucifer) are whistling in swampy areas for all to hear. The salamanders will soon be laying their eggs if they have not already. There is a vernal pool on Awanadjo in the Wisdom Woods where salamander eggs can be seen about now. I will never forget watching a huge spotted salamander (Ambystoma maculatum) slowly dancing underwater in a ray of sunlight that shone through the tall spruces in this pool many years ago. Despite their name, spotted salamanders are hard to spot, being numerous in our area but very shy. They may live over 30 years and always return to the same springtime pool. Their eggs are protected by a cloud of jelly, either white or clear, attached to a twig or stem under the water, giving some protection from predators. When they hatch, they will live in the pool until it dries out and  then they disappear into the soft, damp duff of the forest floor until the following spring when they return to their natal pool.

From Barbara Kingsolver: “Spring is made of solid, 14-karat gratitude, the reward for the long wait. Every religious tradition from the Northern Hemisphere honors some form of April Hallelujah, for this is the season of exquisite redemption, a slam-bang return to joy after a season of cold second thoughts.”

Rob McCall splits his time between way downeast on Moose Island and Brooklin, Maine. This almanack is excerpted from his weekly radio show, which can be heard on WERU FM (89.9 in Blue Hill, 99.9 in Bangor) and streamed live via www.weru.org. Email Rob at awanadjoalmanack@gmail.com.