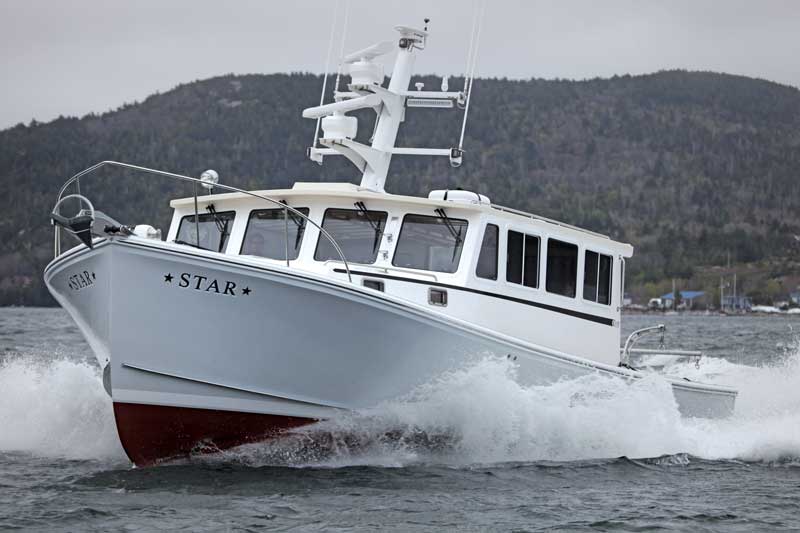 SW Boatworks made a splash with the launch of its first Calvin Beal 38 Special Edition, named Star, which was named Best Green Boat in the New Products category at the 2018 Newport International Boat Show. Photo courtesy SW Boatworks

SW Boatworks is known for its traditionally designed work and pleasure boats. In 2018, the Lamoine-based yard added “green” to the list, with the launch of the Calvin Beal 38 Special Edition powerboat that went on to become the Newport International Boat Show’s 2018 Best Green Boat in the New Products category.

Named Star and berthed in Jamestown, Rhode Island, the power-yacht was commissioned by a Mystic, Connecticut, couple who were switching from sail to power and looking for a roomy and stable platform to accommodate their love of diving on wrecks.

“I’ve been diving on wrecks a long time,” said Star’s owner, Ken Sigel. “A group of us dive around Buzzards Bay and out by the islands.”

Some of their great finds include medicine bottles, china, luggage tags, and a ship’s bell. “We found the head of a World War II torpedo that was tested in Narragansett Bay,” he said.

Retired from a career as a master electrician for a construction firm, Sigel now helps build boats at Mystic Seaport’s Henry B. DuPont Preservation Shipyard. He and his wife are longtime cruisers; their most recent sailboat was a Valiant 40. But they were ready to switch to power.

“Suddenly you’re 60 years old, it’s blowing 30 knots, you come into the mooring field, and you’ve got to furl the sails,” he said. 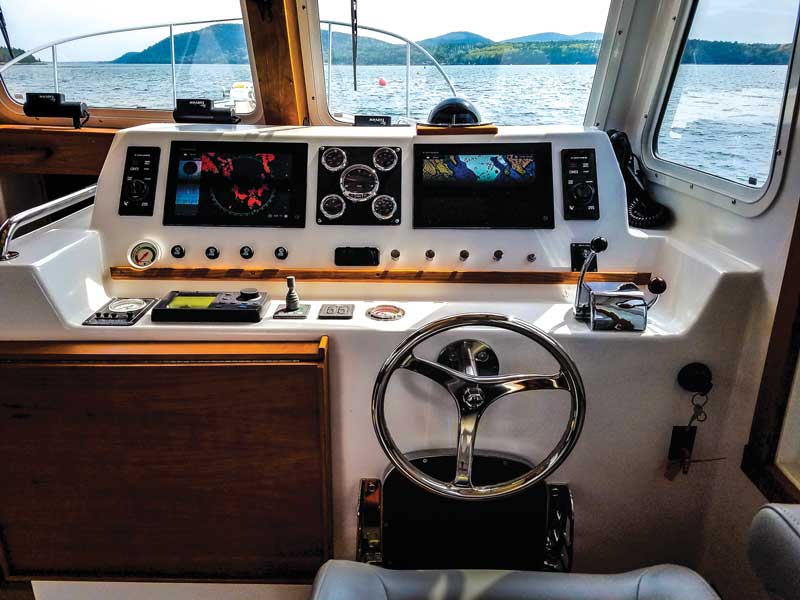 A friend at the shipyard introduced Sigel to SW Boatworks, where owner Stewart Workman and his crew build boats from molds designed by downeast boatbuilders Calvin Beal Jr. and Young Brothers Boats.

Sigel was impressed with the yard when he visited. “It was clear that Stewart’s whole focus was not to sell anything but to understand what I wanted and what I was going to do with the boat. He did a lot of listening,” Sigel said. “That made me very comfortable with him.”

He also liked Workman’s facility. “It’s dedicated to building boats, in an orderly and workmanlike way. There’s a nice flow in the way people do the work.” 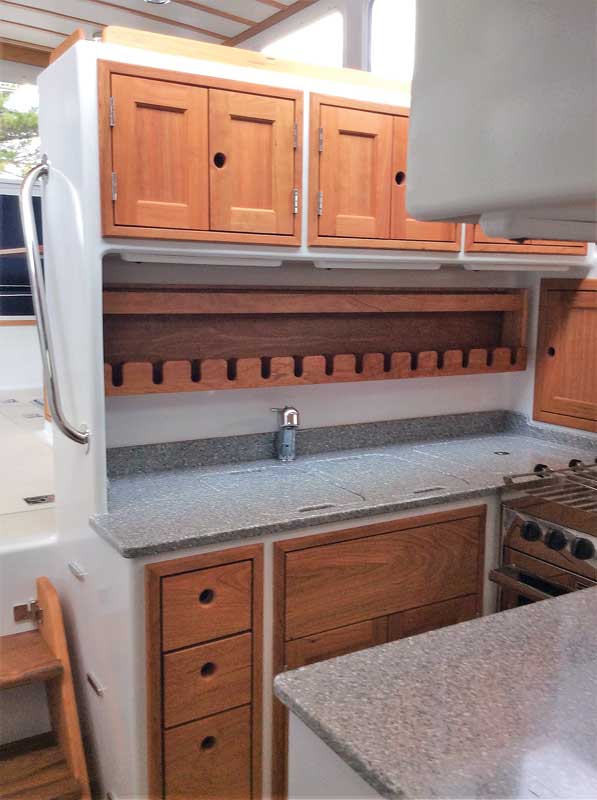 Cherry trim provides an elegant touch in Star’s full galley. Photo courtesy SW Boatworks Sigel and his wife liked the interior layout of their Valiant 40, so he sent photographs and measurements to Workman, who mocked up an interior. The mock-up made it easy to figure out modifications. For example, the original idea was to have two anchors on the bow roller, as configured on the Valiant 40. But on the 38, that put too much weight up forward, Sigel said. The solution was to install a pot-hauler for the second anchor.

“We worked out an arrangement where we can stow our dive anchor in the cockpit under a hatch,” explained Sigel. “When we drop the line, we can then pull it up with the pot-hauler.”

Built from solid fiberglass with a molded foam-core top, Star is powered by a single 500-horsepower Cummins QSC 8.3 diesel engine. It cruises at 15 knots and tops out at 19 knots while achieving excellent fuel economy. A Furuno NavNet system provides easy touch control.

A solar power system eliminates the need for a separate generator and made it possible to install electrical refrigeration, a convenience while cruising. Nine cabin-top solar panels power batteries, each panel with its own controller, to start the engine and operate other electrical systems.

Accommodations include an island berth forward, a full galley, closets, a head and standup shower, and a banquette with dropdown table that can convert into another bunk. The salon includes a gear locker to hang up equipment to dry. The house overhang has two racks where wetsuits can hang to dry. The boat is trimmed in cherry.

The construction schedule at SW Boatworks is packed for the next two years and includes three boats at a time in various finishing stages, Workman said. He’s been so busy that he’s contracted with Front Street Shipyard in Belfast for the layup of two models, the Calvin Beal 44 and the Calvin Beal 42. The 42 is a new mold completed in 2015, with design input from Beal.

“A lot of fishermen came to me and said, ‘If the 38 were just four feet longer, it would be an awesome boat,’” Workman recalled. “I decided to try it and it worked out really well. They can get another tier of traps on there. As a sportfishing boat, you get more room in the cockpit.”

The 42 has proven a hit; hull number 30 is under construction now.