The St. Croix paper mill and its woodpile 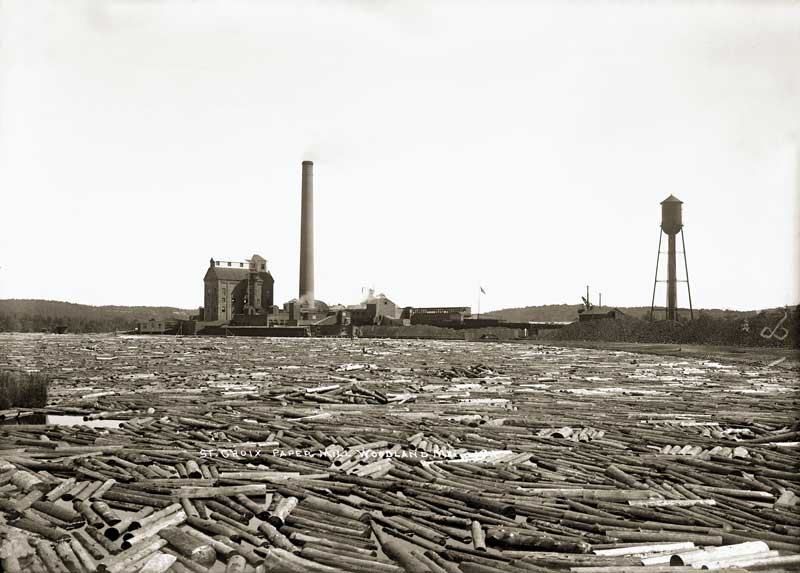 The post–Civil War shift from long logs and sawmills to pulpwood and paper mills marked a new paradigm. Just as the 1850s textile city of Lewiston was a planned community located at a waterpower site, so were the paper-mill settlements of Rumford in the early 1890s; Millinocket, circa 1900; and Woodland in Baileyville, developed by the Boston-based St. Croix Paper Company.

What quickly became Woodland began in March 1905, when construction of a nearly 2,000-foot dam across the St. Croix River at Sprague’s Falls and housing for workers got under way. By September 1906, when the first paper was made, over a hundred residences, some of “elaborate architecture,” had been completed, with more on the way. There were also stores, two churches, and a school. A town hall was under construction. It was not by chance that the creation of these large mills and mill towns coincided with the availability of cheap and willing Italian workers. 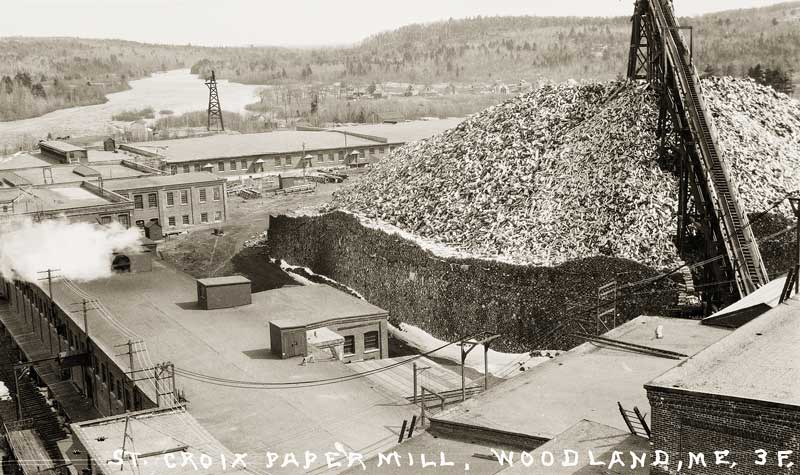 The watershed of the St. Croix covers nearly 1,200 square miles, encompassing 183 streams and 61 lakes. The mill’s woodshed was proportionately extensive. Every stick of pulpwood was cut—and often peeled—by hand, in large part by immigrants from a variety of countries.